Home » Ben calls off his wedding to Callum after huge betrayal in EastEnders?

Ben calls off his wedding to Callum after huge betrayal in EastEnders? 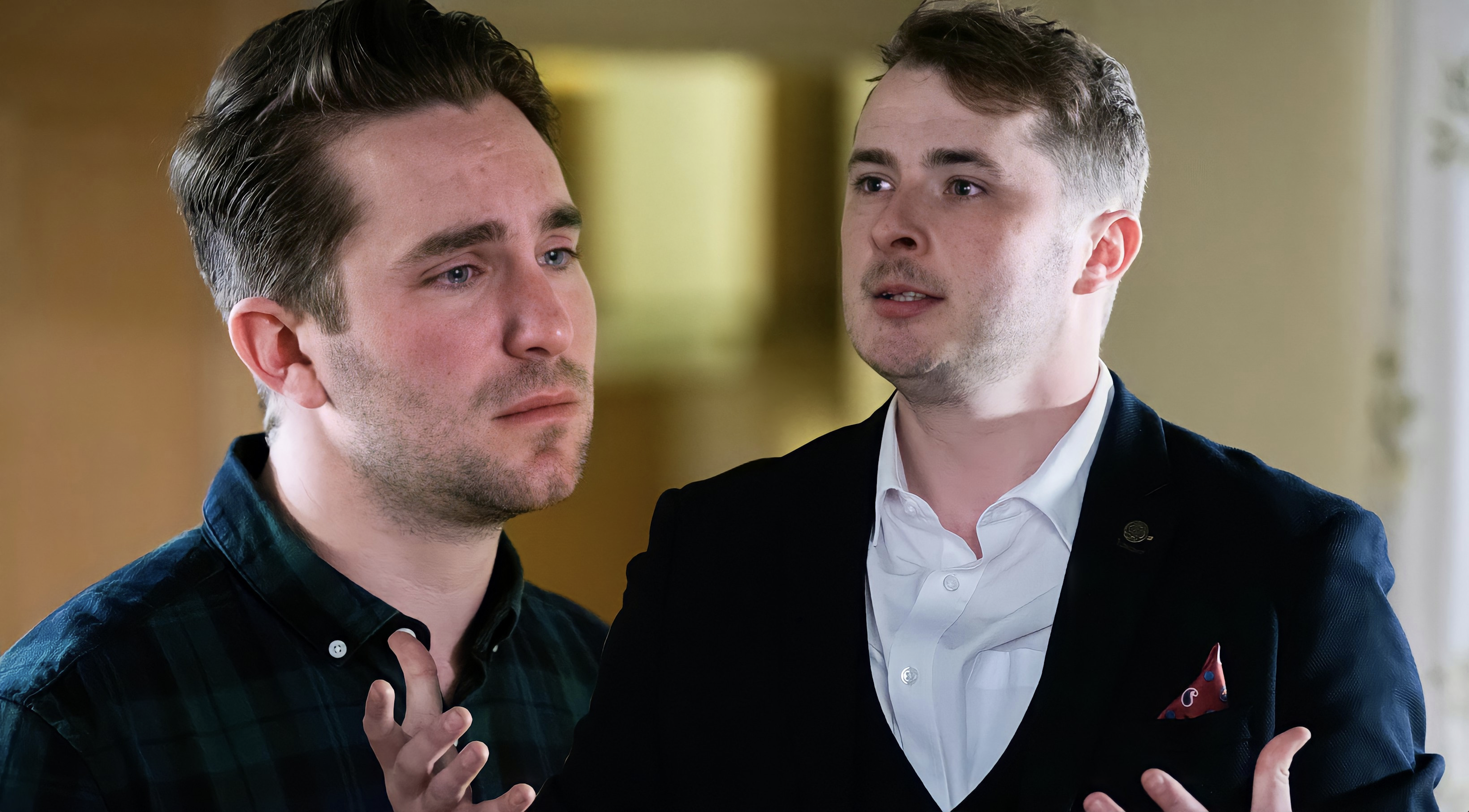 Callum, unable to shake the feeling that Ben had something to do with Kush Kazemi’s (Davood Ghadami) demise, pays a visit to see grieving Whitney Dean (Shona McGarty).

Whitney, heartbroken, refuses to go to his wedding, and reiterates that she’s certain Kush’s death was no accident.

Ben, meanwhile, sets a secret meeting in motion – something which Callum overhears, and he starts to question his beau once more.

The young copper, however, has no idea that Ben is actually meeting with Stuart (Ricky Champ). They’ve got a surprise for Callum: they’ve invited his grandma Vi (Gwen Taylor)!

Ben, unable to contain himself, decides to reveal his surprise. Callum, however, is simply too distracted, and decided to straight up ask his fiancé if he had anything to do with Kush’s death!

Vi interrupts, and she senses the tense atmosphere between the two, before quizzing an anxious Ben.

Ben, desperate to prove his innocence, reassures Callum that he didn’t lay a finger on Kush.

Callum seemingly takes his boyfriend’s word at face value, but when Ben demands that they’re honest from here on out, he struggles to keep a lid on a pretty big secret of his own.

And with that he comes clean – revealing that he lied about being undercover last year, confirming that DI Thompson (Phillip Wright) was not the target… Phil (Steve McFadden) was!

Ben is livid, and wastes little time in demanding answers – but will Callum be able to comply?

Phil, having worked out that things are tense between the lovers, demands that Callum fix the relationship, and – in one final attempt to do so – the young copper tells his husband-to-be that he’ll be waiting at the registry office on Monday.

Will Ben, however, be able to forgive him? Or will he call off the wedding?