Britain’s Got Talent judge Amanda Holden stole the show as she posed in a yellow dress with a sheer embellished design over the material.

The BGT babe flaunted her famous curves in the flirty ensemble, which featured a low-cut collared neckline and a tie around the waist.

Amanda also showed off her golden legs in a racy snap, which saw her lift up her leg and rest it on a railing next a river.

The blonde bombshell almost suffered a wardrobe malfunction as the split in the sheer skirt almost revealed a little too much.

Amanda’s cleavage was almost exposed as the collared neckline gaped open in the racy picture.

As she uploaded another picture of the dress, her fans rushed to compliment her on her stunning look.

One posted: “That dress is so beaut.” 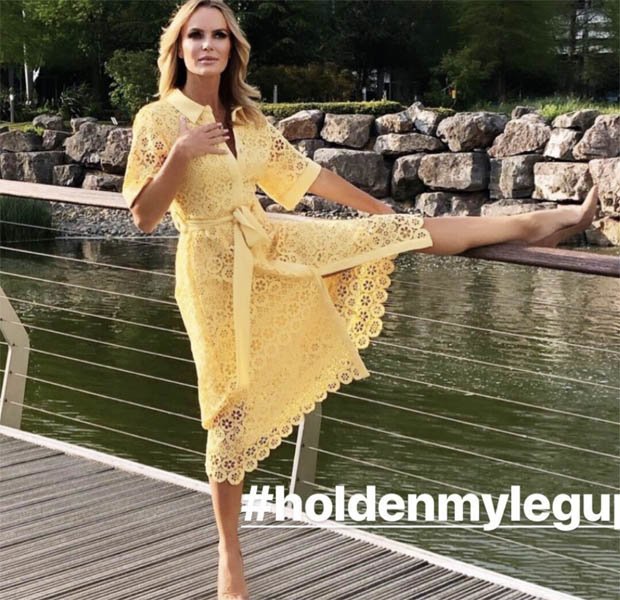 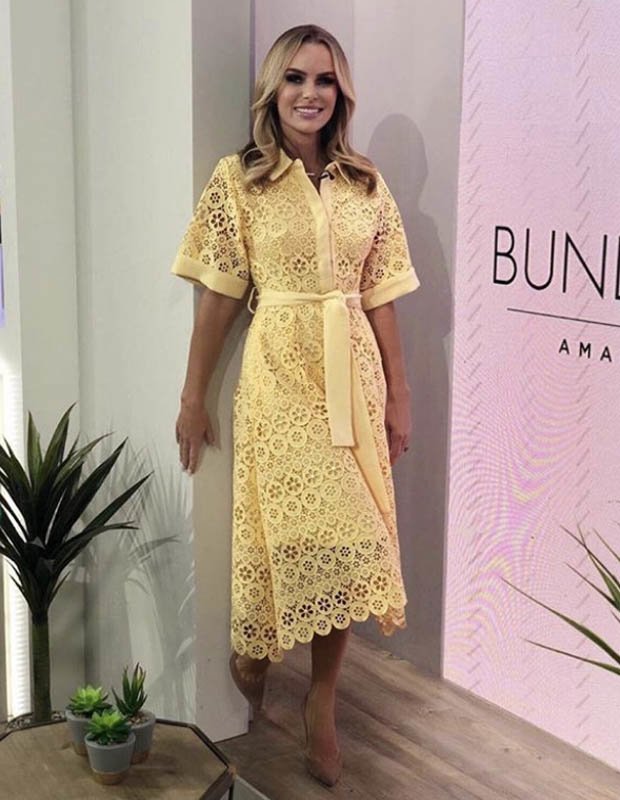 A third chipped in: “Yellow looks so good on you Amanda.”

A fourth wrote: “So lovely.” 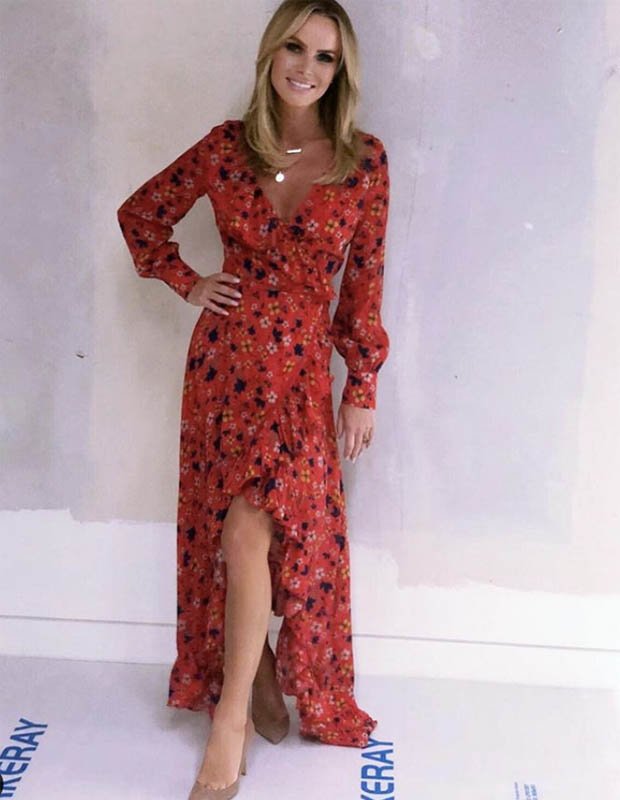 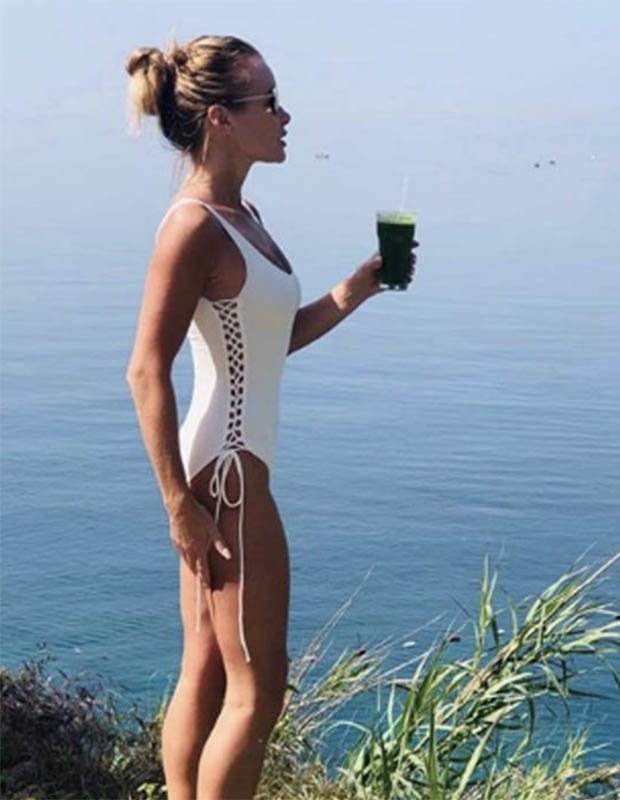 Amanda also wore a plunging red dress as she posed backstage at QVC which featured a black and pink floral design.

She flaunted both her cleavage and her legs in the gorgeous frock, sending her fans into a frenzy.

BGT continues on Saturday at 8pm on ITV.