Home » TV & Movies » Bloodlands: Jackie Twomey to be Goliath as actor drops cryptic clue ‘Is he good or bad?’

Bloodlands: Jackie Twomey to be Goliath as actor drops cryptic clue ‘Is he good or bad?’

BBC’s Bloodlands follows DCI Tom Brannick (played by James Nesbitt) as he investigates the reopening of a cold case and hunts for serial killer Goliath, who killed his wife 20 years before. Two episodes of the tense show have already aired, with Lorcan Cranitch playing the mysterious Detective Chief Superintendent Jackie Twomey. But viewers can’t work out if he corrupt or follows the law and the actor was asked about this during an appearance on Morning Live on Friday.

Morning Live presenter Gethin Jones kicked off the interview with a direct question: “I need to know, are you a good guy or are you a bad guy because I’m still not sure?”

“Is he good, is he bad? There’s no answer to be had,” Lorcan responded cryptically.

Kym Marsh then asked: “You can’t binge-watch this series can you, it’s pretty much appointment to view. What’s it been like keeping the secrets?”

Lorcan said: “Well I think people understand that they’re not going to get an answer but they just keep asking the questions anyway, they keep saying you know, ‘so what’s going on?’ 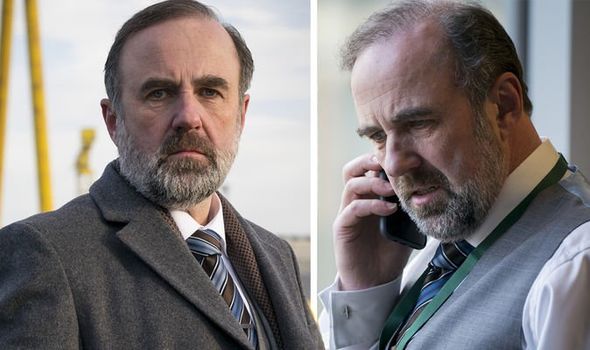 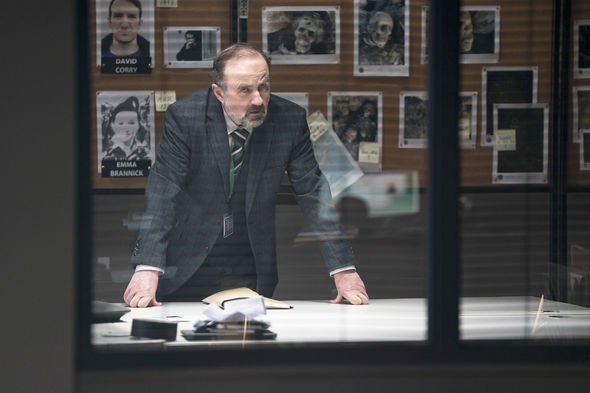 “But nobody’s really, honestly expecting me to say what the outcome is.”

The interviewers then discussed homeschooling and Lorcan’s 11-year-old child, binge-watching television programmes and how TV can offer escapism during lockdown.

Gethin concluded the interview with the same question he began it with: “Are you a good guy or a bad guy?”

“I can’t believe it we’ll have to tune in over the next couple of weeks to find out.” 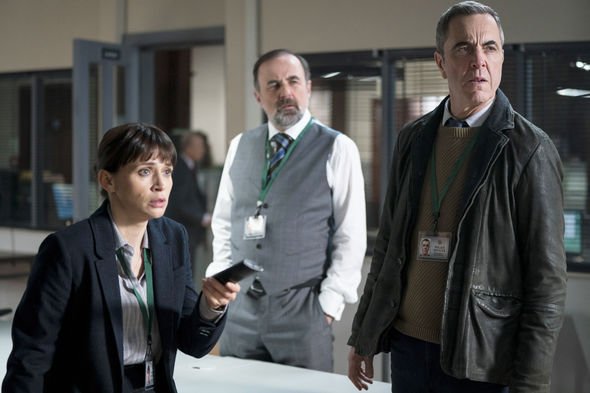 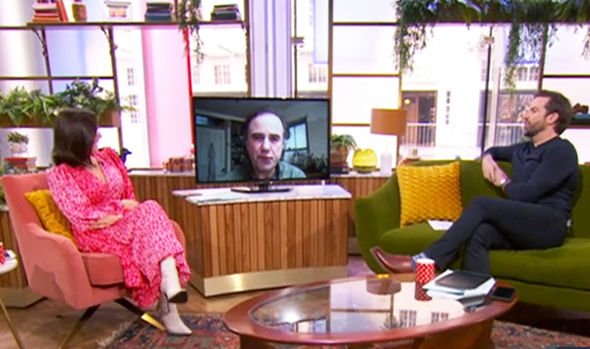 Is Lorcan dropping cryptic clues in a bid to keep the show’s secret – that his character, is actually the serial killer?

It comes after all the clues from the episodes so far point towards DCS Jackie being Goliath.

From the very first instalment, the super suspicious Jackie repeatedly told Tom to stop investigating leads relating to Goliath and to focus on finding Pat Keenan – even thought it was highly unlikely the two cases were linked to one another.

Viewers then saw Jackie remove Tom’s boss, Superintendent McAllister (Flora Montgomery), from the case after she asked him to look into any Goliath connections.

To make matters worse, Jackie then failed to tell Tom about a major lead about Goliath’s victim’s burial sites and shortly after, three bodies were found.

Then, in the second episode, BBC viewers saw Jackie head to a caravan where he retiieved a secret burner phone.

He later met up with Siobhan Harkin – the widow of IRA quartermaster Joe Harkin who was murdered by Goliath.

And during their clandestine meeting, Jackie warned Siobhan they needed to “be careful”.

Driven by his pursuit to settle what happened in his past, he is determined to solve the case.

But is he being led down a false trail as he ventures into dangerous territory?

Bloodlands continues on Sunday on BBC One at 9pm.