It was the celebs’ turn to face the Chaser tonight. Giles Corden Rachel Johnson, Chris Packham and Josie Long went on Bradley Walsh’s ITV show to try and win some money for their chosen charities. However it didn’t go to plan as one of them had Bradley walk off, another walked away themselves and the all left empty-handed.

First to hit the table to food critic Giles, who had confident cash-builder run, collecting £8,000 and went on to accent the high offer of £40,000 against Chaser Paul Sinha.

When a question about “mood boards” appeared on the screen, Giles got excited slamming the correct answer.

Bradley then asked him why he chose that answer, only for Giles to strike a finger gun pose at him exclaiming: “Cause I was in the mood!”

Stone faced, Bradley turned around and started walking off the stage in despair. 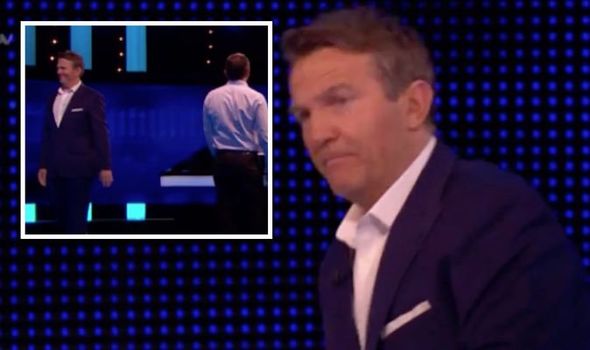 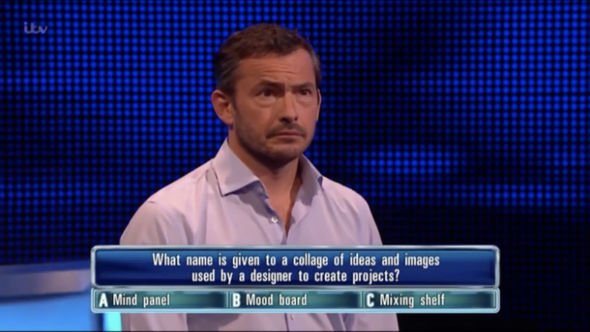 He stomped over to the rest of the contestants, taking a swipe at Giles’s moves: “None of your dance moves here son. Can’t be doing that!”

“Oh that? That is not a dance move,” tried to justify himself Giles.

“Innit?” challenged him Bradley, reading how the journalist was trying to get out of the awkward situation. 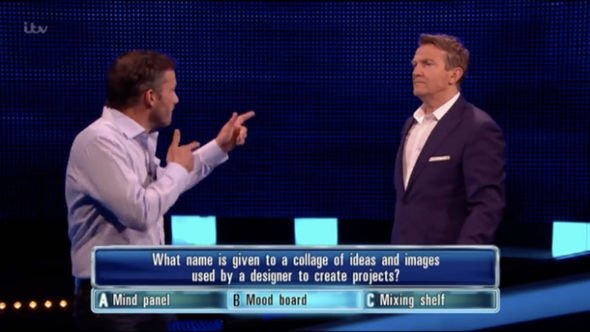 Fans however didn’t seem to mind and were more impressed with Giles’s flawless run: “Giles should be a chaser #TheChase” said one person on Twitter.

“Get #TheChase on. Giles Coren’s on it and you gotta love him, right? Get it on. You won’t regret it,” suggested another.

But while Bradley didn’t end up walking off, someone else was about to.

Chris walked up to the Chaser overconfident after his £8,000 cash builder run, since on his previous appearance on the show he managed to bring back to the team £50,000.

He went for the same high offer again, hoping to improve on his last performance, and it was looking up, until the final question about space.

Worried to get it wrong, Chris overthought his answer, which ended up being wrong and left his teammate and Bradley in shock.

“Chris’s astronomical knowledge is clearly on a par with my natural history knowledge #TheChase,” commented one viewer.

“#TheChase was going to say it was a fix for being too easy but Chris wanted an early night,” mused another.

Though the drama was for from over on this celebs special.

Without their MVP, the three remaining celebs headed into the final with a total of £45,000, which would have given them a whopping £15,000 for each of their chosen charities.

They a three step head start, they managed a decent performance getting up to 20, but where caught by the Chaser with seconds to spare.

The Chase airs new episodes weekdays at 5pm on ITV.