BRITAIN'S Got Talent's Jonathan Goodwin nearly DIED in a dangerous stunt after being sandwiched between two cars that exploded into a fireball on stage.

The star, who also appeared on America's Got Talent: Extreme in the US, has made his career as a professional daredevil and escapologist. 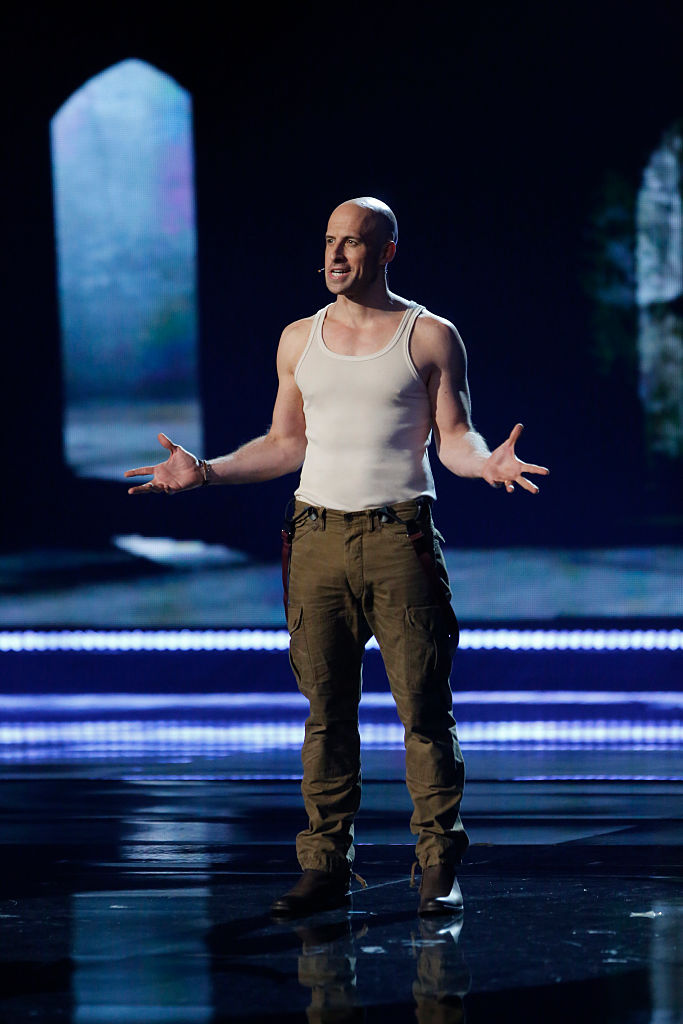 "Goodwin was suspended 70 feet in the air in a straightjacket hanging by his feet from a wire," production sources told the outlet.

"Two cars were suspended on either side of him, swinging back and forth. The stunt was for Goodwin to free himself from the restraints and then fall on an air mattress, and avoid getting crushed by the cars as they swung in the air," the insider explained.

A mishap occurred when the two cars smashed into each other, leaving Jonathan "sandwiched" in between.

The informant recalled: "The impact caused the cars to explode, erupting in a gigantic fireball. Goodwin fell to the ground and hit his head."

After the crash, Jonathan was unresponsive, leaving cast and crew to believe him to be dead.

In an emergency response, the reality star was airlifted to the hospital and immediately rushed into surgery.

Sources have said that the TV personality is currently in the "trauma unit" and his condition is reportedly "unclear."

Jonathan returned to American's Got Talent after initially bringing his daredevil routines to the show in 2020.

The Sun revealed this week that he had sparked engagement rumours with Sherlock actress Amanda Abbington.