Caelynn Miller-Keyes won fans over on Bachelor In Paradise, where she fought to date Dean Unglert.

Caelynn knew what she wanted and she focused on Dean, even though he left. When he came back to fight for her, she left to be with him, even if it meant living in his van.

Since that time, Caelynn and Dean have kept a low profile.

They traveled the world prior to COVID-19 and they moved into their own place. But when Caelynn really needed some help, fans were quick to step up.

This week, Caelynn Miller-Keyes revealed that she needed her fans’ help. Her brother Haydn Kamenicky had gone missing.

On social media, she shared that he had gone missing and she needed everyone’s help in locating him. He was last seen in Fredericksburg, Virginia. She urged fans to contact the police if they knew something about him and his sudden disappearance. 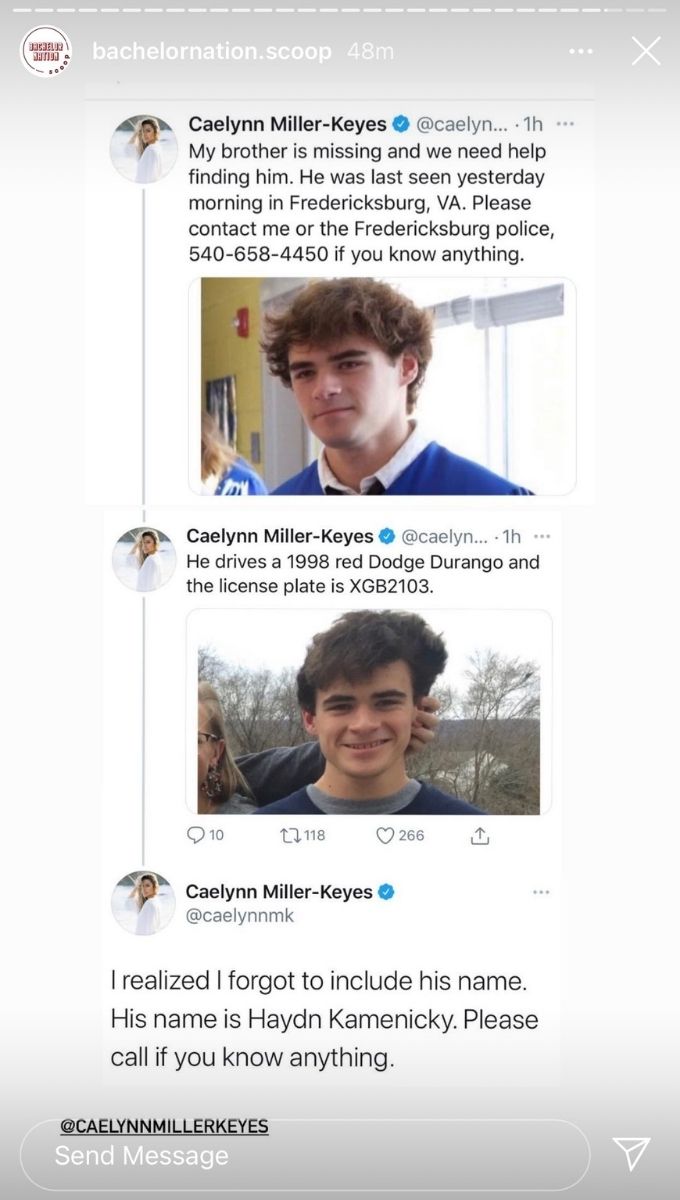 Caelynn also added details about his vehicle, his license place, and several pictures of him. 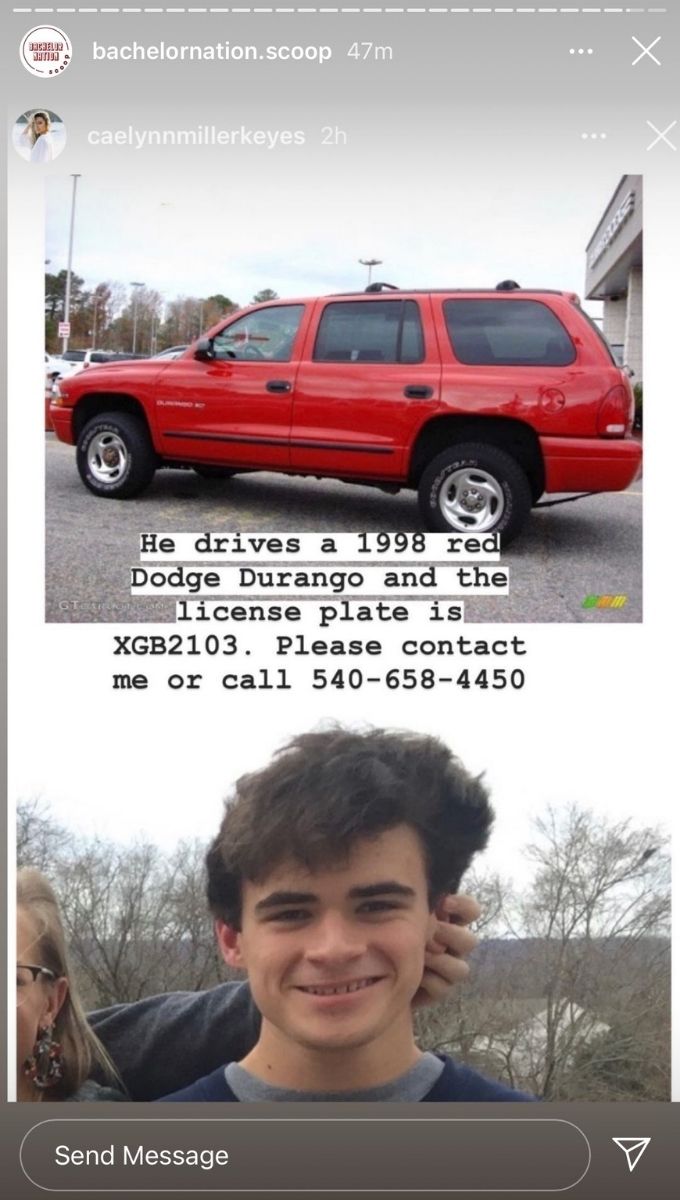 Several fan accounts shared the information. Everyone rallied around her, sharing their hopes and prayers that he was found safe soon. 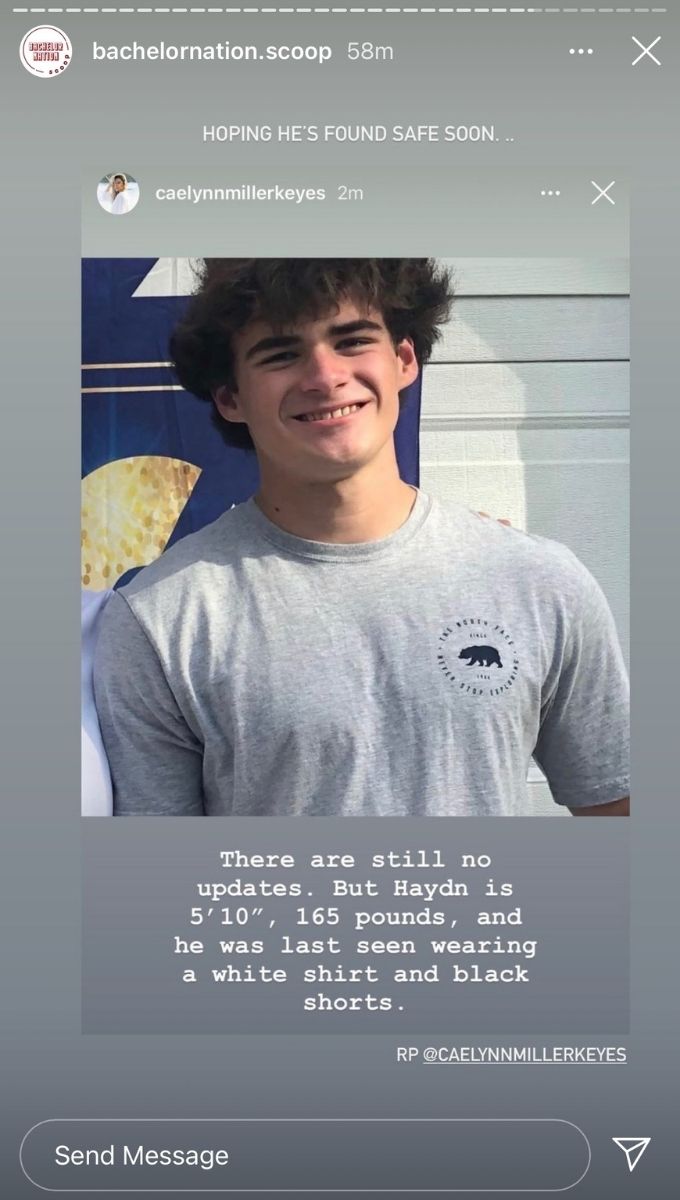 A new update that came later shared that there had been no new updates about Haydn, but added more details, including his height and weight. 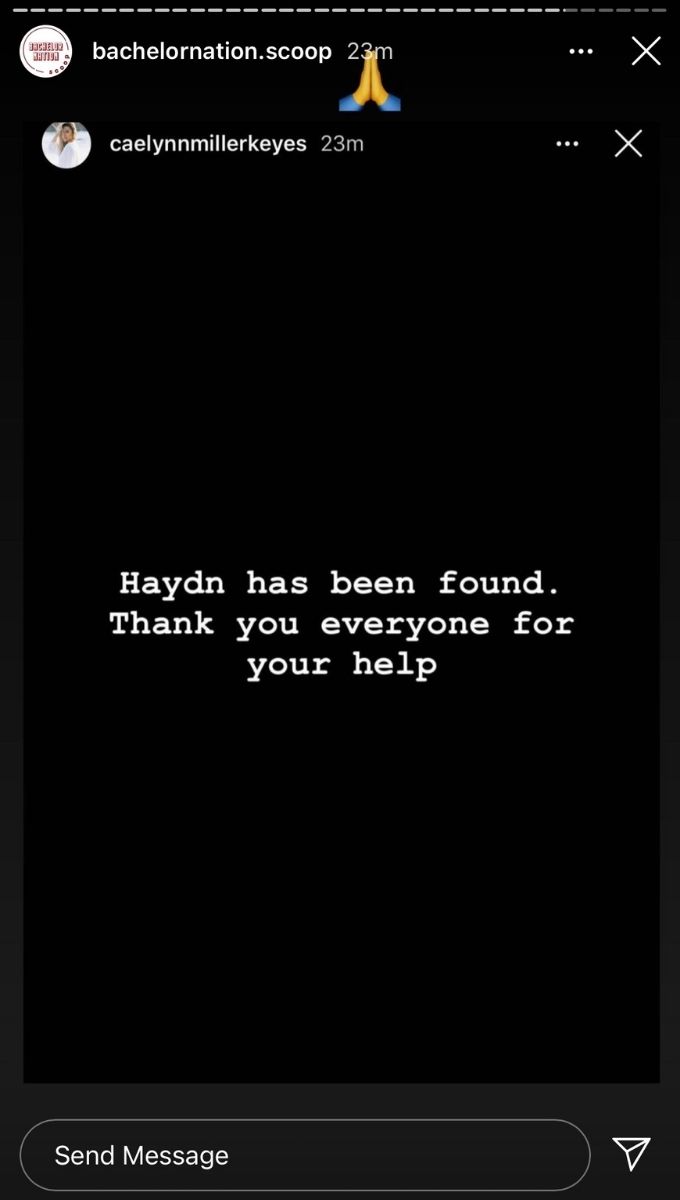 This morning, an update surfaced.

“Haydn has been found. Thank you everyone for your help,” Caelynn shared, an update that fan accounts also shared.

It was amazing to see how Bachelor Nation fan accounts rallied around Caelynn when she needed some help.

In June, Caelynn and Dean did an interview with Chris Harrison for The Bachelor: The Greatest Seasons — Ever. Here, they revealed that they were committed to one another but they were not married. And they weren’t planning on getting married.

Before this interview, Caelynn broke her silence, sharing that producers were considering casting her as The Bachelorette instead of Hannah Brown. However, she was overlooked and got an invitation to paradise instead. It was here she met Dean.

“It stung and I was upset and I was kind of led to believe that it was mine and then suddenly it wasn’t. It was Hannah’s. Looking back on previous seasons, it’s always been in the top four and then to branch out and to pick Hannah, it just hurt,” she revealed.

She’s currently with Dean and they continue to go strong.

The Bachelorette airs Tuesdays at 8/7c on ABC.