CAITLYN Jenner broke new ground in I'm A Celebrity last night by having the series' first naked shower after a truly disgusting trial.

The reality superstar couldn't find a way to clean off the fish guts, dead bugs and rotting jungle gunk off of her body in a bikini so enlisted Nadine Coyle and Kate Garraway's help to have a proper shower. 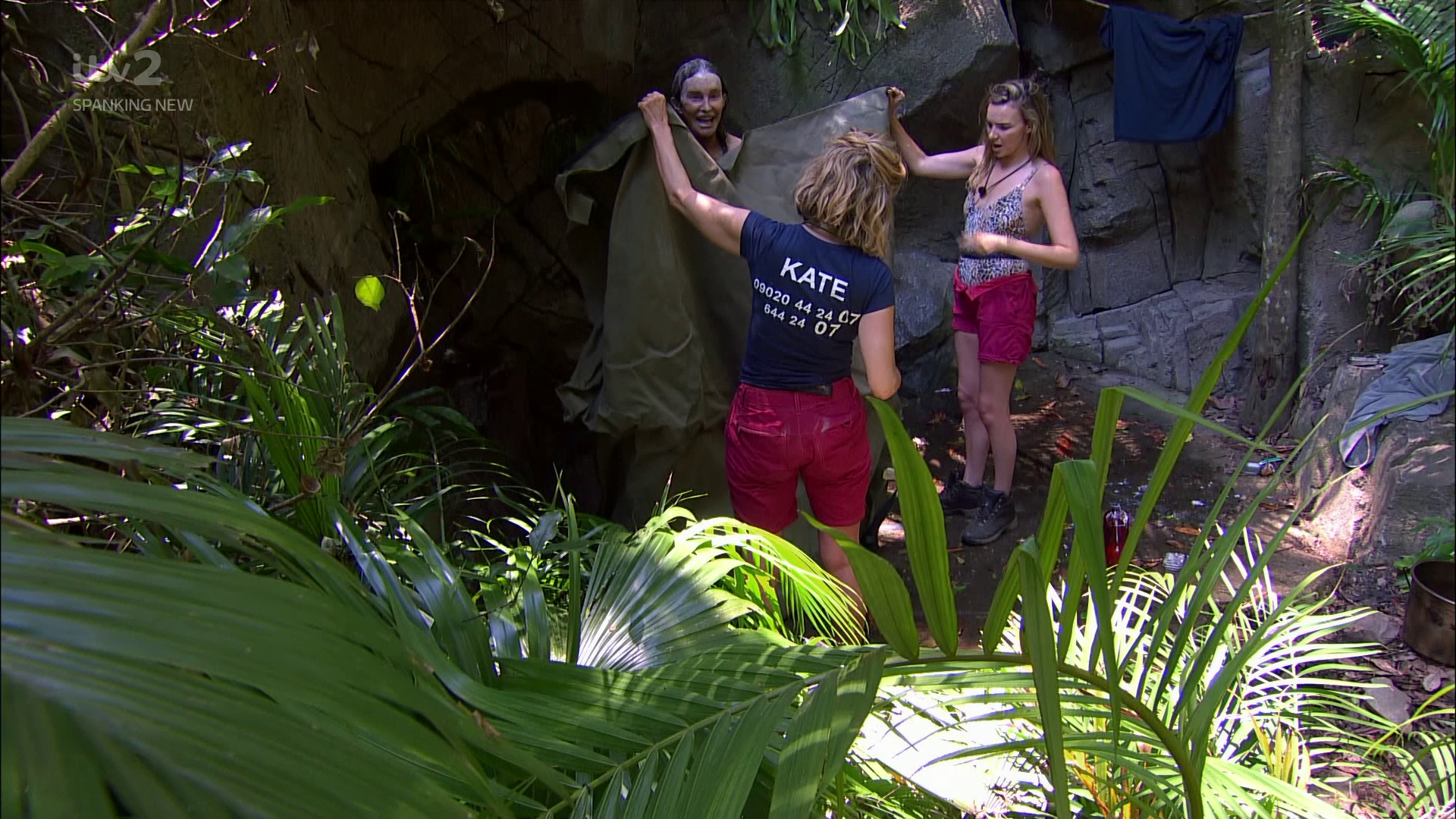 The 70-year-old former Olympian asked them to hold up a sheet of material so she could strip without the cameras seeing any of it.

The pop star and the Good Morning Britain presenter gamely held up the jungle sheeting to help shield Caitlyn's privacy – but it came after another of their campmates decided privacy wasn't for him.

Rak-Su star Myles Stephenson flashed his campmates when he woke up by revealing his own jungle snake.

The stars were recovering from their big celebration in last night's episode, so the Rak-Su singer decided to lighten the mood. 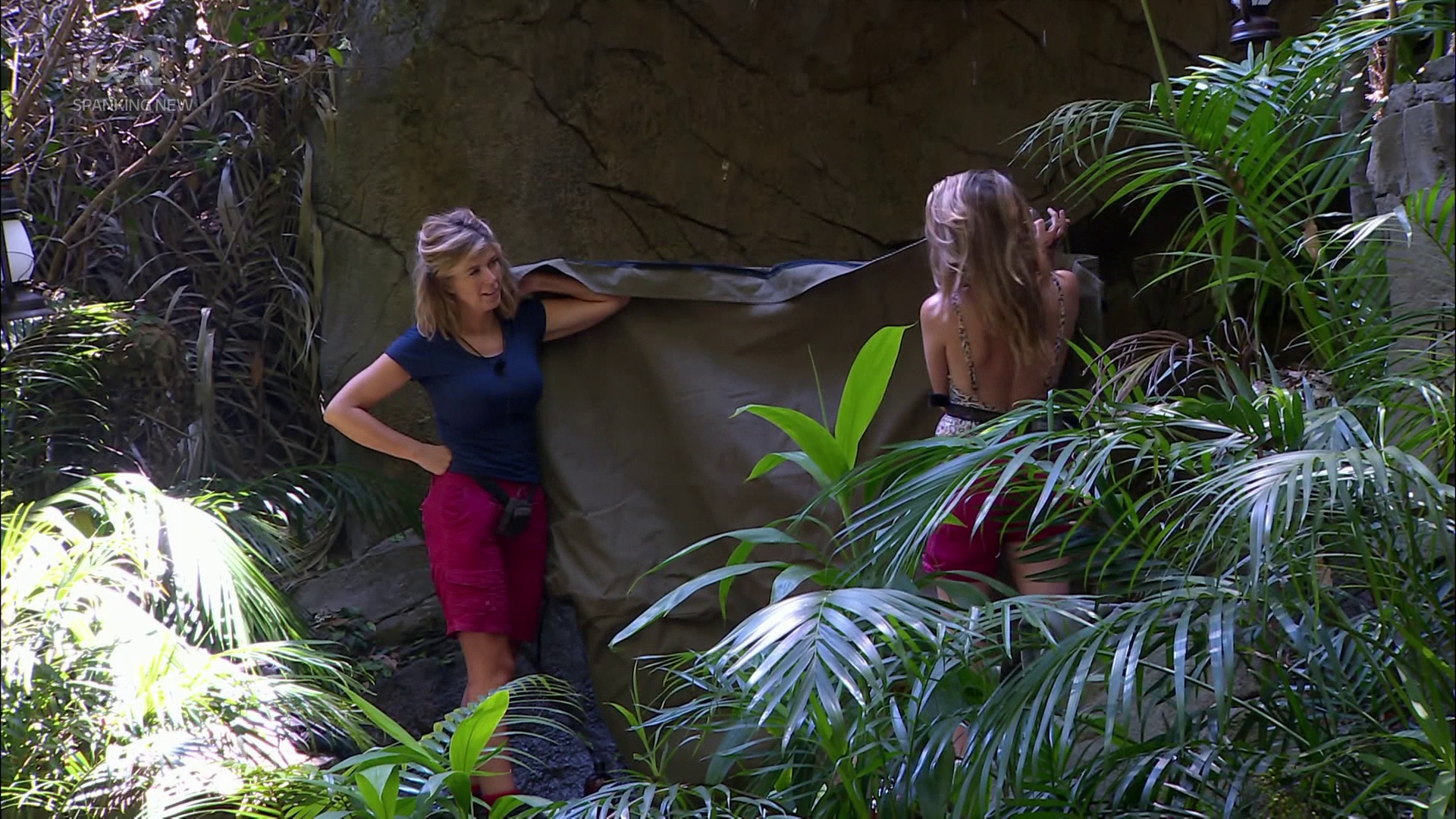 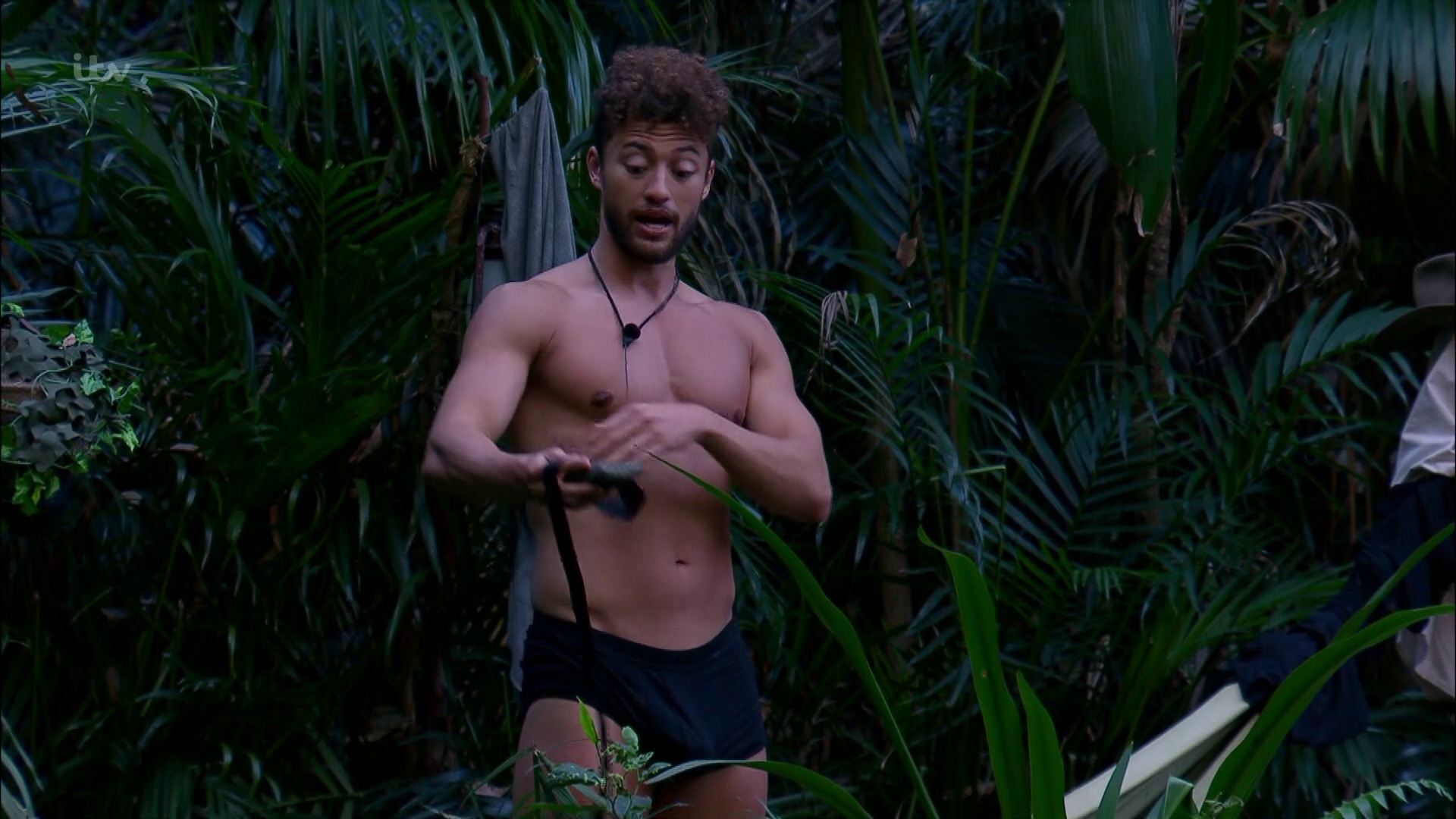 He jumped out of bed – but as he went to rearrange himself, the other campmates got more than they bargained for.

The singer managed to flash a bit of his manhood, much to the surprise of viewers.

One person said: "Wow myles!!! There's a snake in your boot"

Another added: "That f***ing schlong, come on Myles!"

A third remarked: "Miles though…"

Though Myles Stephenson isn't always a heartthrob – as he disgusted his campmates by saying he hasn't showered for days yesterday.

The star sniffed his underarms before saying the smell woke him up.

He asked: "How long ago did we do the fish guts thing? I haven't showered since then."

Horrified and laughing Ian Wright replied: “Don’t lie! Your bottom must smell like an atom bomb.

"I don’t want to talk to you and I can’t look you in the eye. You stinky bum.”