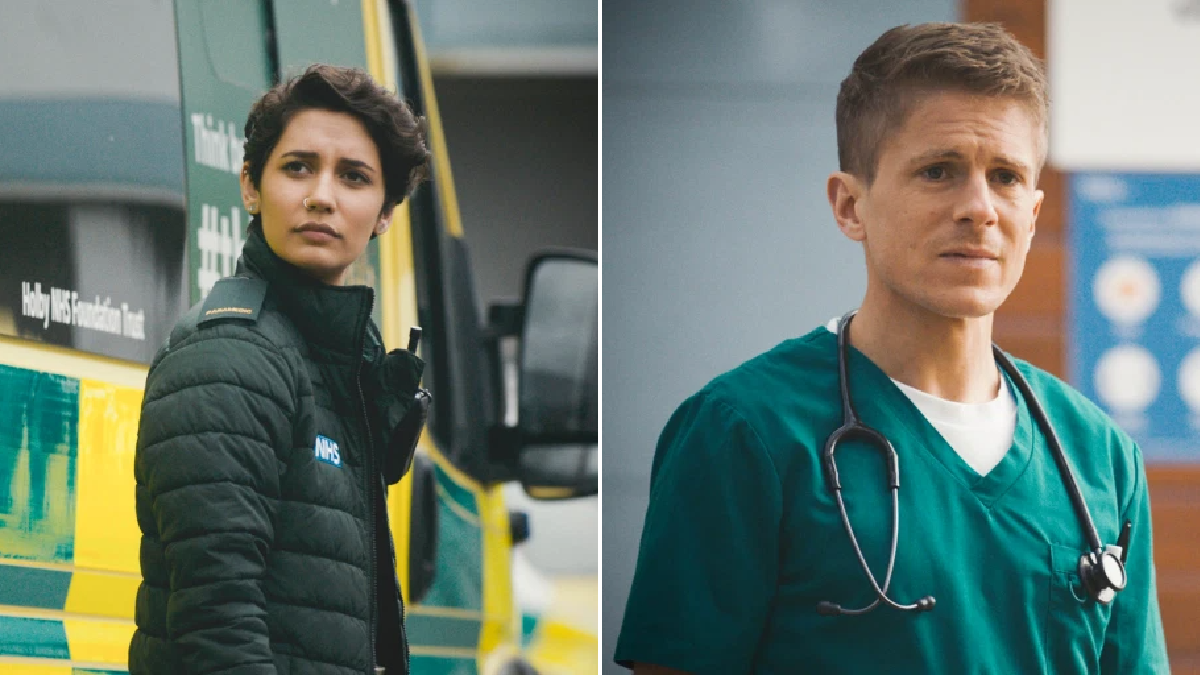 Fenisha (Olivia D’Lima) finally decides she has to tell Ethan (George Rainsford) how she feels in tonight’s Casualty. He’s been pushing her into the arms of her old flame Matthew (Osi Okerafor), because he doesn’t want Fenisha and their son Bodhi to be alone if and when his own health deteriorates.

We’ve seen in recent weeks that it’s Ethan that Fenisha really wants, though – and of course he feels the same but is trying to be selfless.

How will Ethan react when he hears what Fenisha has to say? Will she get the response she’s hoping for, or will he push her away yet again?

To make things even more complicated, Matthew overhears the whole conversation. How will he deal with discovering that his former fiancée (and runaway bride) Fenisha still doesn’t love him like he loves her?

Once again Ollie Hide (Harry Collett) returns to the ED after being taken ill at school, and David (Jason Durr) feels increasingly angry and upset that he brought Rosa (Jacey Salles) into their family and put Ollie at risk. Although she isn’t currently living with them, David’s convinced Rosa is still seeing Ollie behind his back and is still poisoning him.

But is she really the culprit? And if she isn’t, will she ever be able to forgive David for believing that she could harm Ollie, and that she could possibly have killed her own son too?

As Jacob (Charles Venn) tries to get to the bottom of Rosa’s recent strange behaviour, she’s fidgety and sweaty. And as she leaves his office she dramatically collapses. What’s going on?

Tina (Adele James) continues to make an impact on Jacob’s life – and his bank account.

…and there’s a whole lot of drama coming up ð¥

And we meet Con and Neil, two friends who share an incredible bond. But it seems that they’re not being entirely honest with each other, and the consequences could be fatal.