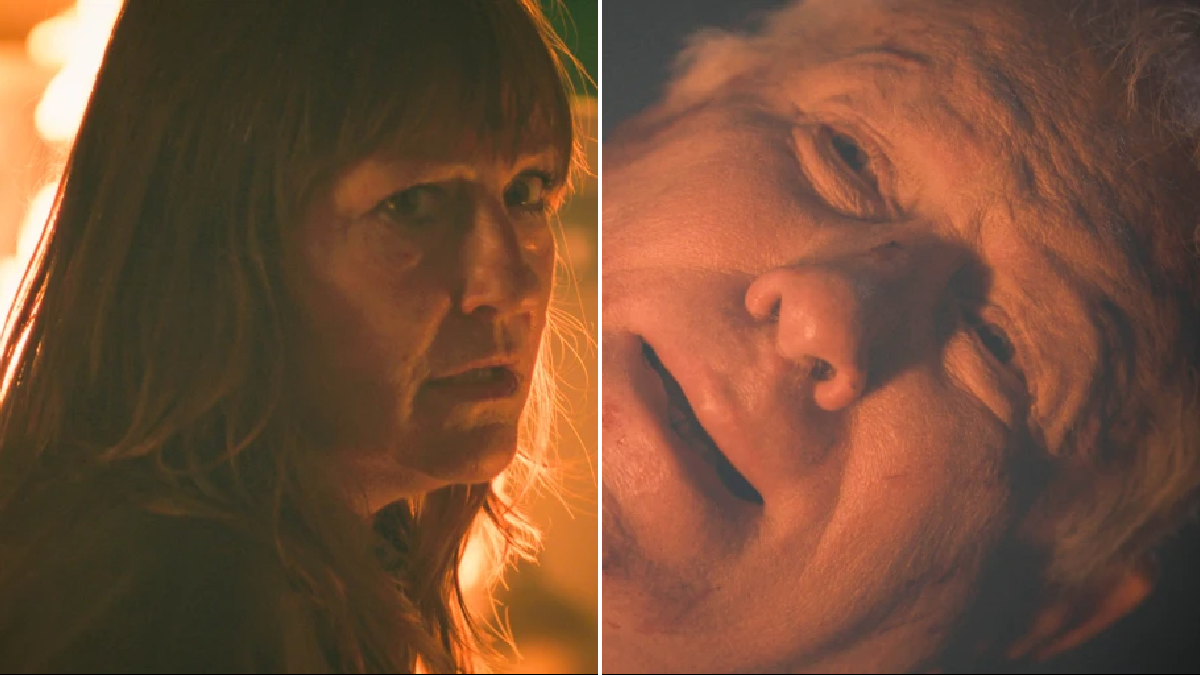 The second instalment of Casualty’s two-part Christmas special, which aired tonight, was certainly spectacular, ending as it did with Charlie (Derek Thompson) and Tess (Suzanne Packer) uniting to save the life of a newborn baby.

In last week’s episode we saw Laura Merriman (Holly Aird) being released from prison and coming back to Holby’s ED to be reunited with her daughter Rosie Kemper (Molly Wright), now working as a nurse and heavily pregnant.

It wasn’t a joyful reunion at all, though. Laura had been in prison for harming Rosie, as she was suffering Factitious Disorder by Proxy (Munchausen’s, as it was formerly known) and was deliberately making her daughter ill. When this was discovered, Laura had stabbed paramedic Josh Griffiths when he tried to stop her escaping.

The last episode ended with Laura pushing Rosie down the stairs, and when Rosie’s baby had to be delivered in an effort to save her life, it soon became clear that Laura no longer had much interest in Rosie as she’s transferred all her attention to the baby.

Her attitude made Charlie and Tess uneasy, and Charlie began to realise that he’d met Laura before, many years earlier.

By the time they worked out who Laura was, she’d taken the baby and was holed up in one of those forgotten areas of the hospital that they have to many of at Holby.’You belong to me now,’ she told the baby girl, but her troubled mind couldn’t cope and she snapped at the baby to shut up when she cried.

When Charlie and Tess worked out where Laura was they rushed there to find her holding the baby – and a scalpel. She accused Charlie of wrecking her life, and said if she killed the baby it would be Charlie who’d be blamed for not saving her.

Charlie and Tess proved what an excellent team they are and always have been. Tess tried to reason with Laura, revealing her own struggles as grandmother to her son Sam’s baby. As Charlie continued to talk to Laura, Tess managed to rescue the baby.

Laura had started a fire in the basement, and when Charlie opened the door an explosion knocked him backwards. Laura walked into the flames as a horrified Charlie and Tess looked on.

This would all have been enough drama to fill an episode, but we also had Iain Dean (Michael Stevenson) perched between life and death following his dramatic rescue attempt last week that ended in him being in a van that rolled over a cliff edge.

Because the episode was set in 2020 and we’ve seen Iain most weeks since, there was never much of a concern that he was going to die, but it’s always worrying when Dylan (William Beck) seems at a loss about a medical emergency.

Tune in to Part 2 of the #Casualty Christmas Special on Saturday at 9:25pm on @BBCOneÂ Â ðº pic.twitter.com/TJh4NLWJiB

We never did find out exactly why Charlie was so angry with Tess at the start of last week’s episode – though it’s pretty certain it was because she hadn’t been there to support him while he was struggling over Duffy. Her description to Laura of what she went through in her own life, her son being ill with bipolar again and at one point Tess being suspected by social services of harming her grandson, explains that she had a lot going on.

By the end, though, the drama they’d been through had brought the two old friends back together again, to share a hug under the Christmas tree.