SHOCKED Celebrity Masterchef viewers are convinced they spotted a MOUSE in the kitchen during last night's episode.

Just a few steps away from where the food was being prepared, the camera catches something darting between the barrels. 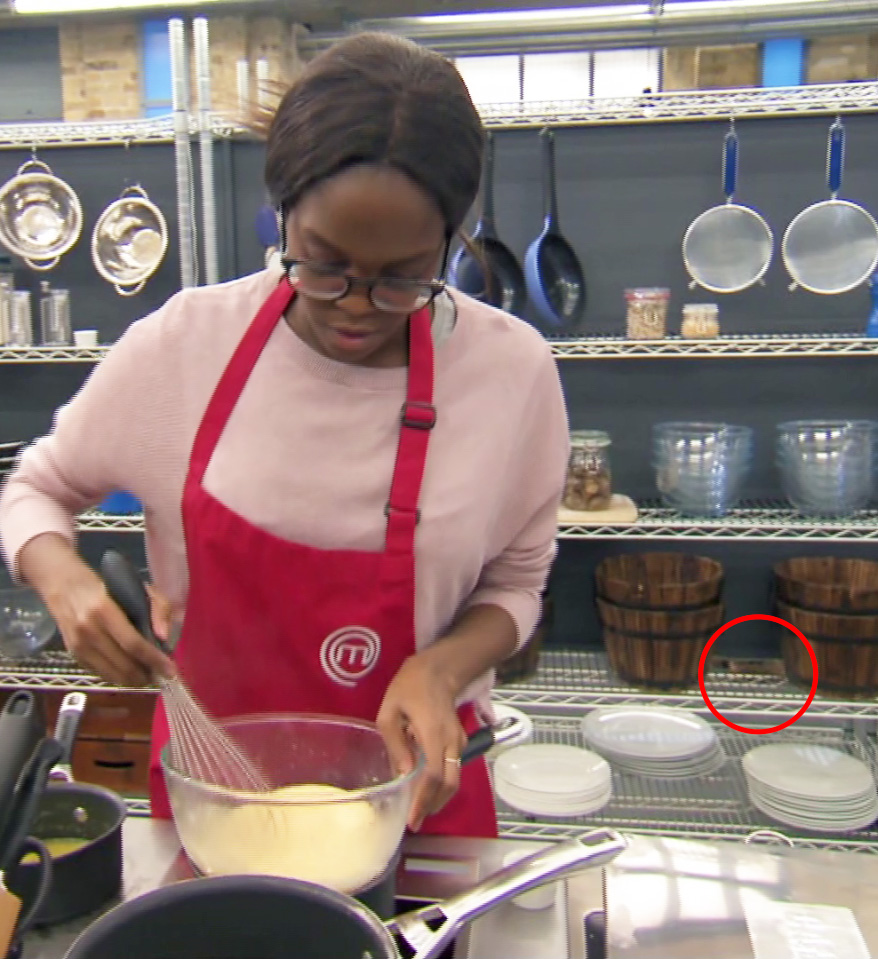 It sparked speculation that a rodent had scuttled across in the background as stressed-out Oti Mabuse whisked her egg yolks during the cooking challenge.

Fortunately for the Strictly Come Dancing professional, Oti was blissfully unaware of what was going on behind her.

But fans of the show filmed the unexpected moment and posted about it on Twitter. One said: "Mouse alert in the kitchen #CelebrityMasterchef."

Another added: "Swear I’ve just spotted a mouse in the masterchef kitchen – in between the brown barrels in the background! #CelebrityMasterchef." 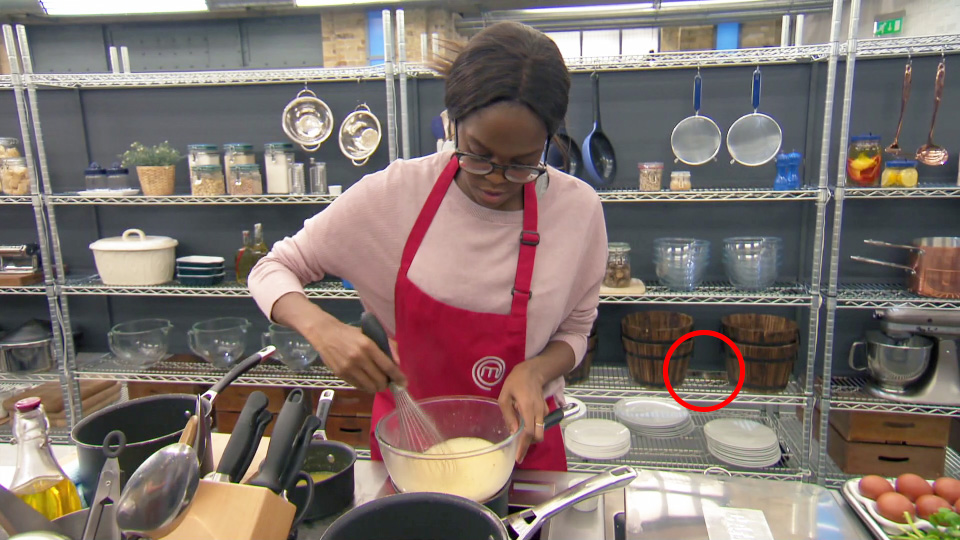 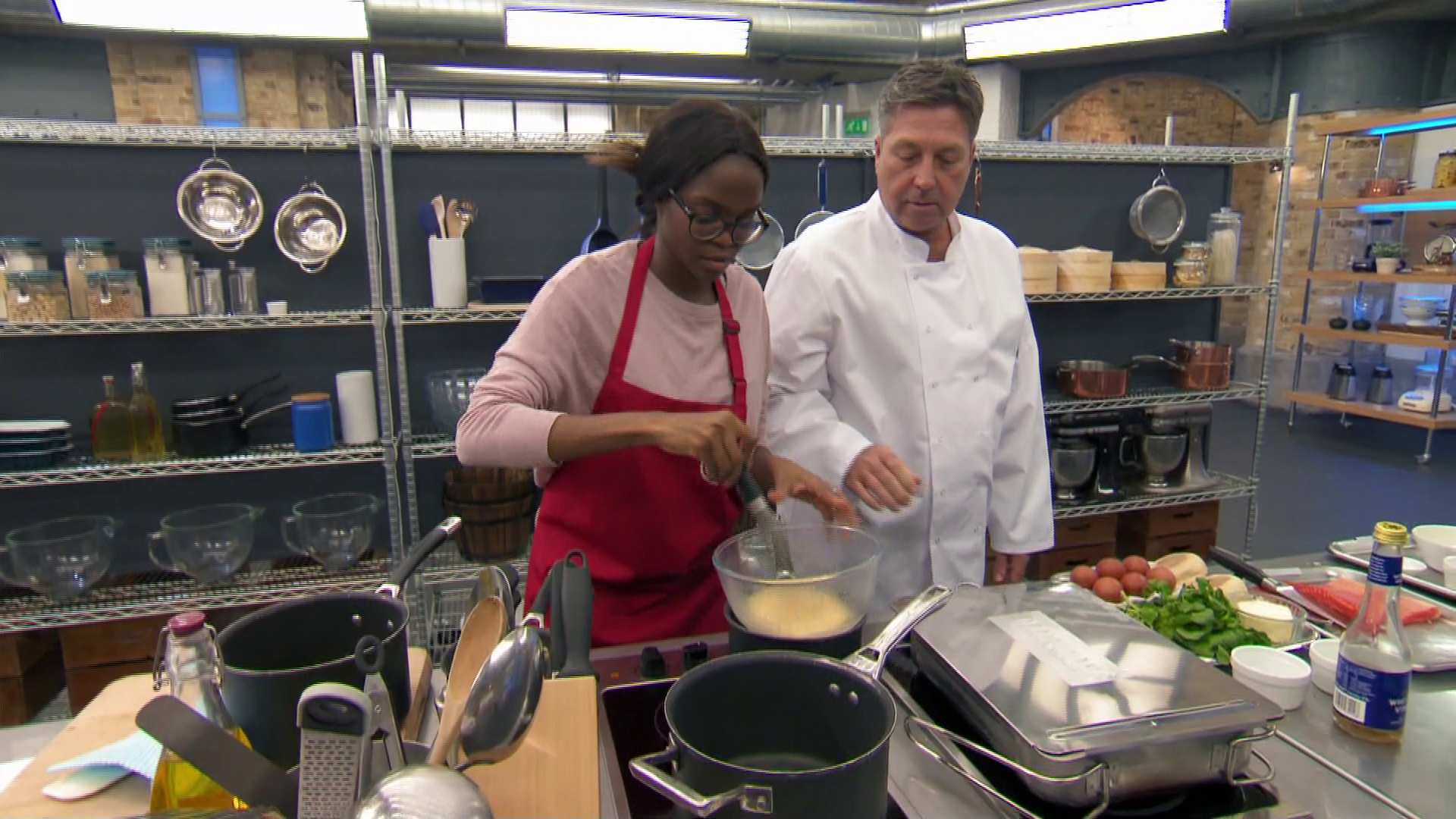 Another asked: "Did anyone else notice that mouse in master chef or was it just me? #CelebrityMasterchef."

But a MasterChef spokesperson told The Sun Online: “There are no mice joining the Celebrity MasterChef line up this year – it’s Dame Zandra Rhodes’ foot in the background of shot.”

Oti was tasked with a twinning challenge where she had to produce a meal that looked and tasted exactly like her partner Zandra's dish.

She struggled to hear and understand Zandra who was the other side of the partition giving her instructions.

Celebrity Masterchef kicked off this week for its latest series with stars including Joey Essex, Vicky Patttison and Neil Ruddock. 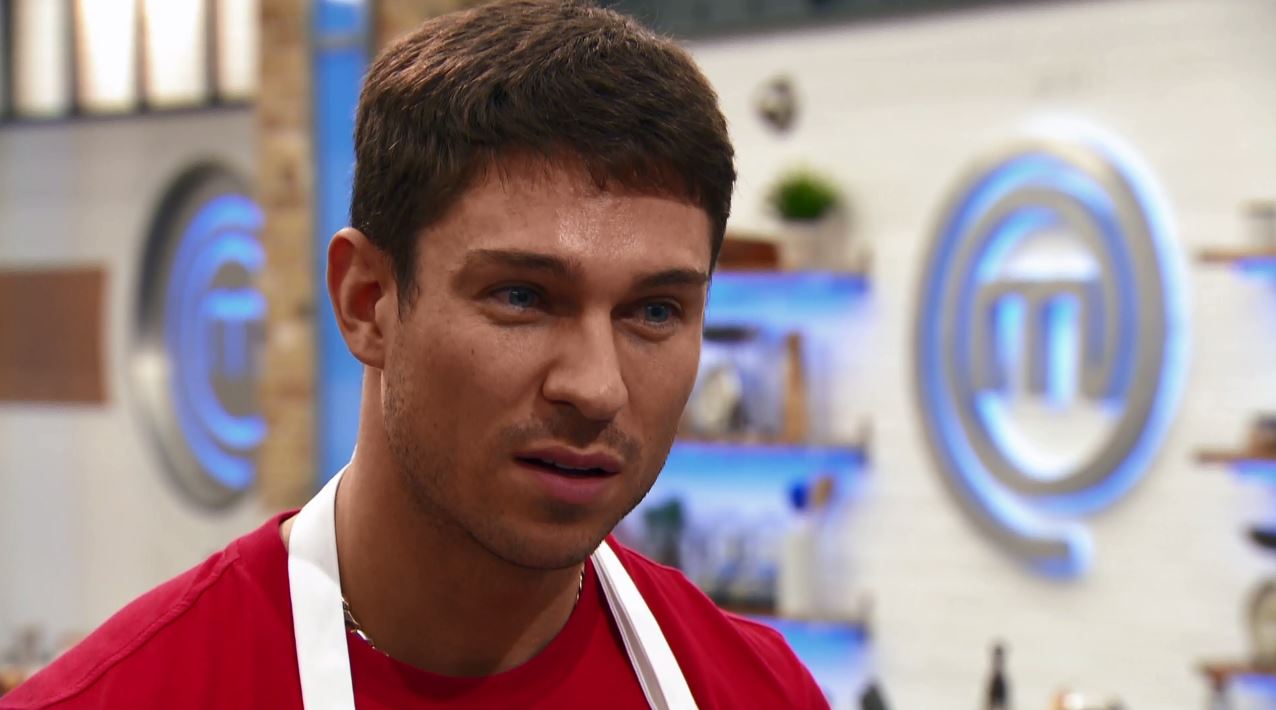 Meanwhile in the show, Joey had viewers in tears as he admitted not knowing what thyme is.

One wrote: "#MasterChefUK how does Joey not know what thyme is … if i hear Bosh once more …"

Another said: "The fact Joey Essex didn't know what Thyme was killed me man #masterchefuk".

A fourth said: "What do you mean thyme?"

A sixth quipped: "Is Joey Essex for real?"