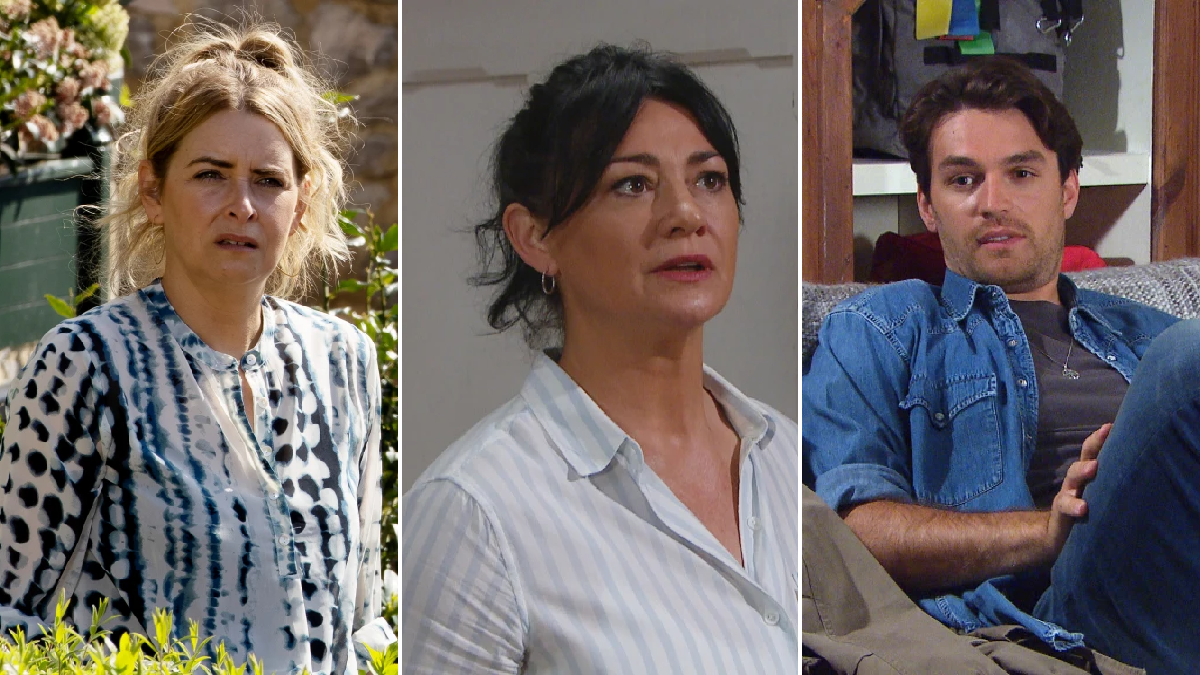 Charity will be the first to admit she’s not the best when it comes to parenting. She often lets down Noah (Jack Downham), Ryan (James Moore) and young Moses, and her granddaughter Sarah (Katie Hill) has made her opinion towards Charity’s attempt at caring perfectly clear.

After a really, really long run of bad luck with Noah going to prison, arguments with Mack (Lawrence Robb) and stresses becoming the new owner of the pub, a baby was the last thing on Charity’s mind.

So much so, she contemplated having an abortion, which really angered Mack when he discovered he’s going to be a dad.

Eventually though, a tearful Charity decided she would be keeping the baby, and Mackenzie was thrilled.

Up on cloud nine, Mackenzie decides to tell sister Moira (Natalie J Robb) that he’s going to be a dad – and she’s shocked.

To cause further issues, when Charity realises Moira knows, she is not impressed.

Mackenzie and Charity often find themselves facing challenges, but can they get through this pregnancy and still remain a couple when the baby is born?

One thing’s for certain, it’s not going to be easy.