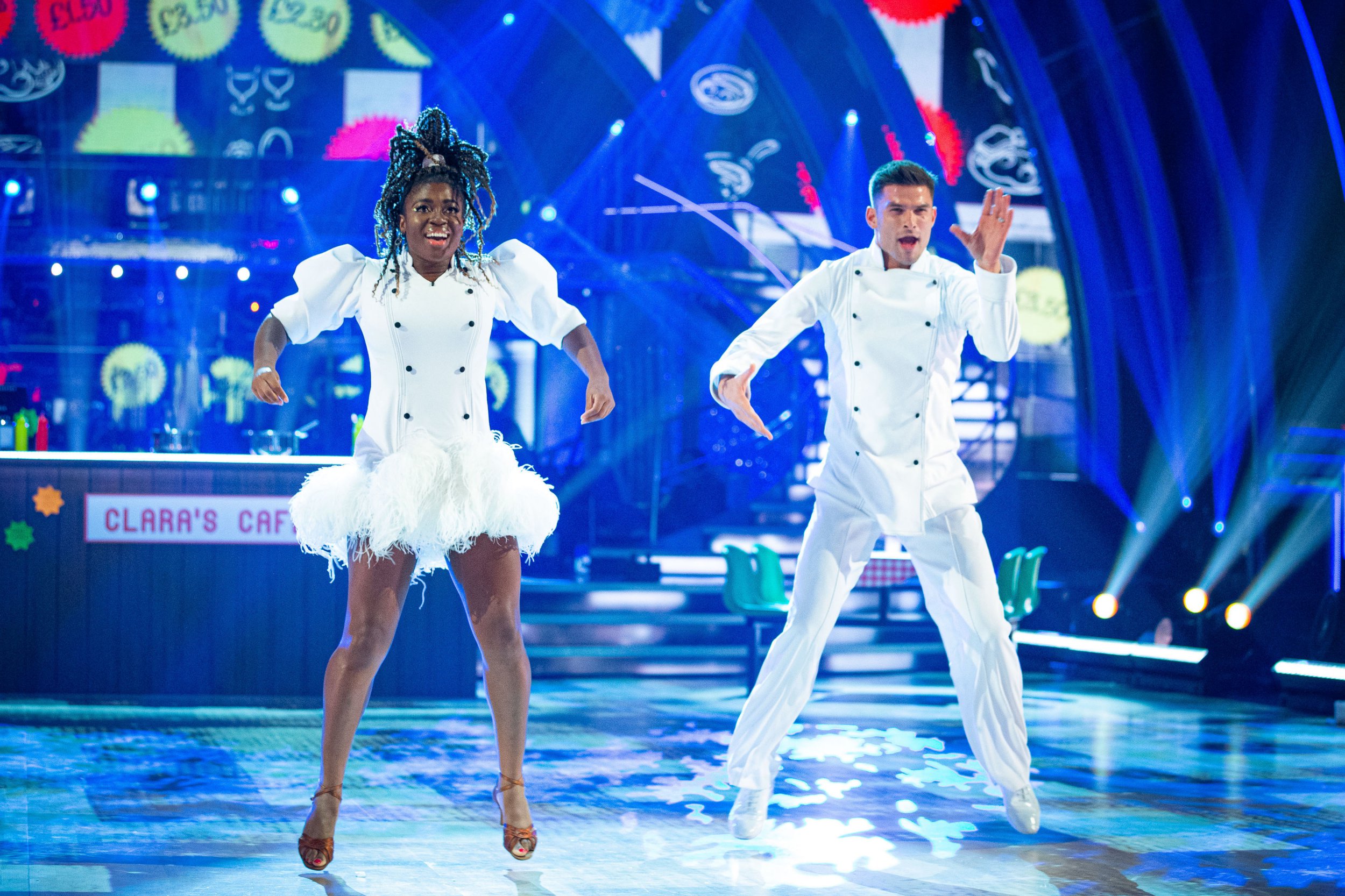 Clara Amfo has very honest advice for the celebrities taking part in Strictly Come Dancing 2022… and the stars might want to heed her warning.

The line-up for the upcoming series of the BBC competition is shaping up, with just one spot left to join famous faces including singer Fleur East, EastEnders actor James Bye and Loose Women panelist Kaye Adams.

BBC Radio 1 presenter Clara took part in 2020, partnering with Aljaž Škorjanec, who has since left the show.

While on The Last Leg on Friday evening, the radio broadcaster offered some advice for Paralympic swimmer Ellie Simmonds, who’s set to compete very soon.

‘Just don’t shag anyone, and you’ll be just good,’ she quipped, although she may have been alluding to the infamous ‘Strictly curse’.

Over the years, there have been frequent jokes about the ‘Strictly curse’, which refers to celebrities and the professional dancers who spark up romances despite already being in other relationships.

A few years ago, Strictly presenter Claudia Winkleman revealed she doesn’t buy into the curse, telling Digital Spy: ‘I understand, it’s very intense. I don’t believe in the curse, but I think lots of people have come in single and they might have met somebody or had a little romance.’

During her appearance on the Channel 4 programme, Clara opened up further about her Strictly experience, having become the fifth celebrity to be eliminated during her time in the competition.

The 38-year-old earned her highest score in week four, achieving 29 out of a possible 30 – with one nine and two 10s – for her stellar Charleston.

However, she and Aljaz were eliminated a couple of weeks later, after landing in the bottom two opposite Made In Chelsea star Jamie Laing and Karen Hauer, who were saved by the judges after the dance off.

‘I was robbed, but I had the best time. It’s such a laugh,’ she said light-heartedly in retrospect.

‘It’s such a mammoth show.’

Meanwhile, she also shared her prediction that Ellie could make it to the final – so how will the athlete be partnered up with?

There are four new pros this year – Carlos Gu, Lauren Oakley, Michelle Tsiakkas, and Vito Coppola – while fan-favourites Aljaz and Oti Mabuse are no longer are part of the line-up after departing the series.

Strictly Come Dancing returns later this year on BBC One and BBC iPlayer. The Last Leg returns next Friday at 10pm on Channel 4.