Coronation Street’s Shona Ramsey (played by Julia Goulding) has had a turbulent six months after she was shot in the Christmas Day siege and the subsequent injuries placed her in a coma. The Roy’s Rolls cafe worker eventually became conscious but failed to recognise her family and friends. After initial therapy, Shona was discharged and allowed to return to Weatherfield where Roy Cropper (David Neilson) opened his home to her. But, looking after someone who has dealt with trauma can be extremely difficult; Express.co.uk spoke to Brain Injury Matters, a charity which supports people affected by brain injuries about Shona and Roy’s situation.

When discussing her return to the cobbles, Shona was nervous about living with estranged husband David Platt (Jack P Shepherd) after she failed to remember their relationship or the feelings they once shared.

Instead, Roy, who Shona used to work for, suggested she move in with him.

Earlier this year, Roy was visited by a care worker assigned to Shona’s case to discuss the arrangements needed to be put in place in order for Shona to have an easy transition back to some form of normality.

This varied from keeping track of her medication to having objects that were familiar to her around her, as well as keeping Shona busy with day-to-day tasks. 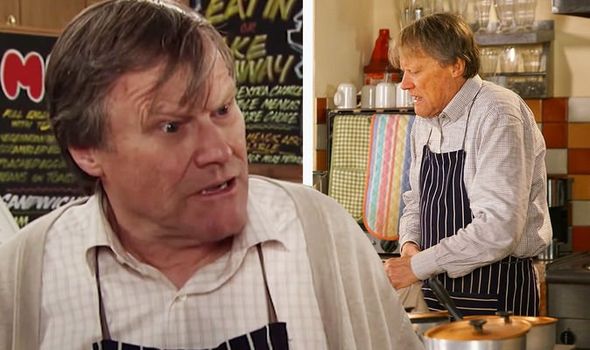 However, while Roy stepped up to help out, what affect could being Shona’s stole carer have on Roy’s own health?

When discussing what Shona could do to help her gain her memory back, Dr Jonathan said: “This has been difficult for Shona as her friends, family and husband have been trying to ‘get’ her memory back.

“[And] this has put a lot of pressure on her, which she has found distressing and overwhelming.

“David especially has been trying everything he can think of, from showing her photographs, becoming really excited that returning home will bring her memory back, and when she plans to move to Roy’s, he immediately goes ‘to bring her things’, to try and help her memory return. 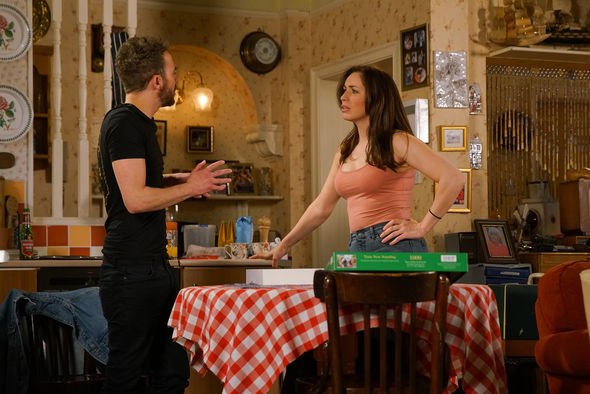 “Roy has been told by the support worker that “Shona may never fully recover her memories” and while David says he knows that, he is still understandably struggling to comprehend and accept this,” the expert continued.

“Roy very wisely and gently ask David to “give her time to readjust” and ‘be patient with her”.

Corrie viewers will remember the turmoil Roy endured when his beloved wife, Hayley Cropper (Julie Hesmondhalgh) was diagnosed with cancer. 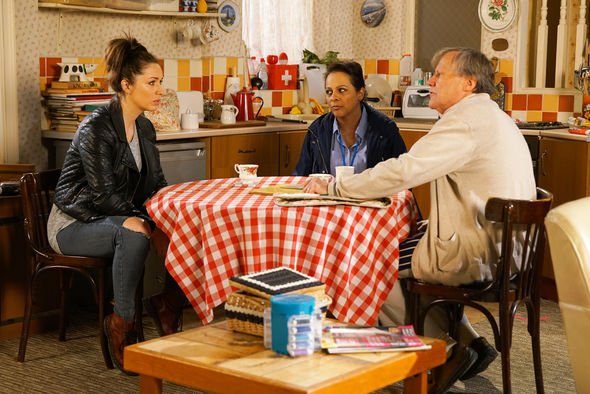 While her condition was entirely different to Shona’s amnesia, his whole life being turned upside down and he had to change his day-to-day life to cope.

Therefore, he has much empathy to how David is feeling and can offer his advice.

But surely, having to look after Shona, who is a little wayward and has been accidentally causing trouble for herself is a lot for dear old Roy?

He also discussed the effect her memory loss would have on her mental health: “The trauma of what has happened to Shona and the problems with her memory, behaviour and personality changes, as well as how other people react to her can really affect peoples mental health.

“Sometime the brain injury itself can cause depression, but many people suffer from depression as a result of gaining insight into the effects of brain injury, the precious things they feel they have lost and and grief and confusion surrounding this.

“This impact on mental health can not only affect the patient, but also the family as a whole,” the doctor added.