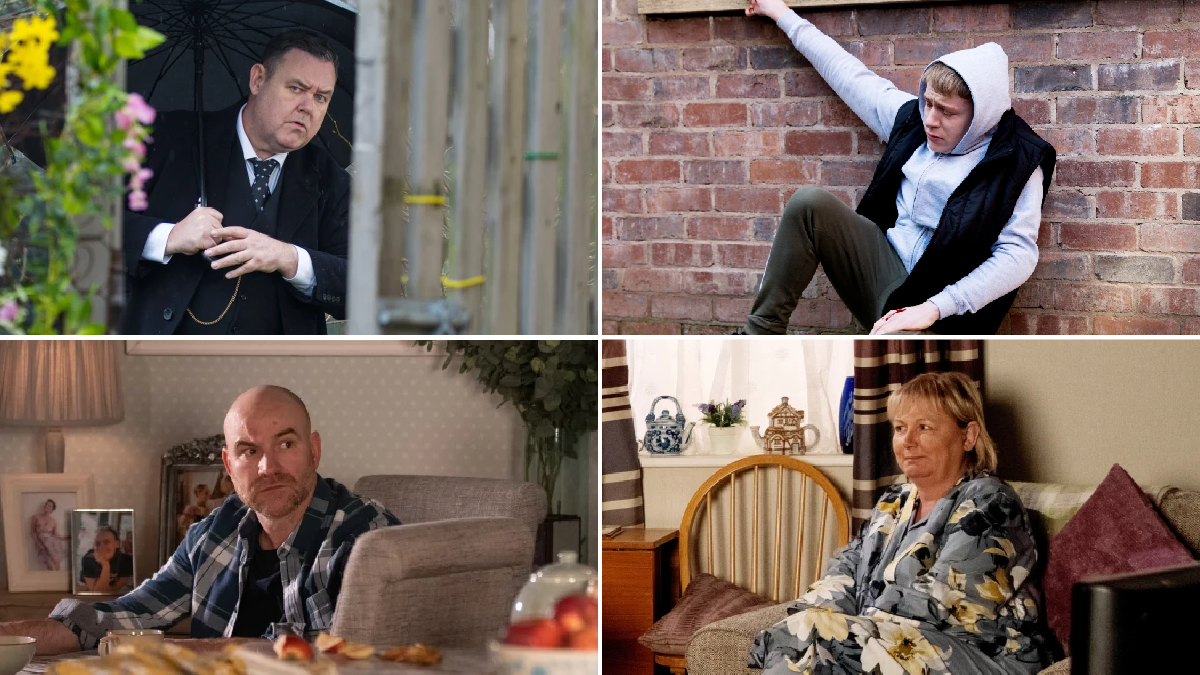 Conflict is rampant in Coronation Street as the actions of Max Turner (Paddy Bever) are exposed to Amy Barlow (Elle Mulvaney) and David Platt (Jack P Shepherd) has a decision to make.

Elsewhere, the wedding of Toyah Battersby (Georgia Taylor) and Imran Habeeb (Charlie de Melo) is fast approaching but with so much tension, the stakes are high.

Will Toyah go through with the ceremony?

Daniel apologises to an unforgiving Daisy and reveals that it was Max who maliciously shared Nicky’s images with the rest of the school. With no job and nowhere to live the future is looking bleak for Nicky, feeling guilty Daniel says she can stay at his. Meanwhile Jenny advises Daisy not to be stubborn and bury her pride before Nicky gets her claws in.

When a reporter comes knocking at the flat Nicky decides to give her a quote but she is horrified when the story goes online.  In the street, Daniel rails at Max for ruining Nicky’s life.  David leaps to Max’s defence, but Daniel’s had enough and asserts that it’s time Amy knew who spiked her drink and if Max doesn’t tell her, he will.

George refuses to let Eileen stay at his house blaming Ridley his over protective cat. He is shocked when he arrives home to find Eileen and Sean snooping round his garden. When Eileen tells him they were checking out his cat story George is furious. Hearing about the abortive trip to George’s house Todd resolves to get to the bottom of it. Will George come clean?

Eileen tells him not to be so ridiculous and insists he stays the night but it is clear George is worried.

Amy calls at the factory and begs Carla to give Jacob a job.  Carla’s incredulous, but can’t help admiring Amy’s cheek and offers Jacob a trial.

At No.4, Sally tries to broach the subject of their disastrous love-making, but Tim refuses to discuss it, leaving Sally annoyed. Tim presents Sally with some flowers to say sorry for snapping at her. After a lovely meal, Sally suggests an early night.  When Tim admits he’s worried and embarrassed about his impotence, Sally assures him she’s happy to settle for a hug.

Carla has some questions to answer when news of Jacob’s new job at the factory  reaches Simon, Toyah, Nick, Leanne and Peter. No one can understand her decision and Simon rails at her for her lack of loyalty. Simon calls at the factory and publicly shames Jacob for his violent, drug dealing past.

Jacob’s deeply humiliated whilst Carla masks her unease. Simon makes it clear that he’ll never forgive him and he’d better watch his back.

A defiant Max assures David and Shona that Daniel’s bluffing as he’s got too much to lose.  But when Amy misreads one lad’s admiring glances she throws a cup of coffee over him and has a meltdown believing he could have been the one to spike her drink. Daniel tells David about Amy’s behaviour and tells him she needs to know the truth. Will Max come clean?

George’s stay at Eileen’s goes without hitch and Eileen  confesses how much she enjoyed having him stay over.

At No.4, Sally urges Tim to make an appointment with Dr Gaddas to discuss his impotence, but clearly embarrassed, Tim refuses.  Sally’s frustrated. To Sally’s relief, Tim finally sees sense and agrees to see the doctor.

In the bistro, Leanne voices her concerns to Toyah about the wedding and the fact that it’s all happening far too quickly.  Toyah’s defensive.Deeply upset, Toyah tells Leanne that if she can’t rely on her full support, she doesn’t want her at the wedding.  Leanne feels guilty.

With the weight of the world on his shoulders and feeling guilty about Amy, Max has a huge fall out with David who has confiscated his phone. As he asserts that he hates him David retaliates by saying Max’s mum would be ashamed of him if she were alive.

Planning to run away Max smashes the glass on the barber’s door and climbs in, hoping to retrieve his phone. As Max climbs out of the barber’s, he lacerates his leg on the broken glass in the door and collapses onto the street. Will Max be found in time?

Outside the shop, Jacob makes a furtive call giving Simon cause to think that he’s planting drugs in Victoria Garden for a client. Simon confronts Jacob and demands he hand over his stash.  When Jacob reveals that he was planting a packet of custard creams, Simon realises he’s been duped.

As Jacob describes his life of hell working for Harvey and how he grabbed the opportunity to escape as soon as Harvey was banged up, Simon looks at him in a new light.

When Aggie reveals that she’s been drafted to a different ward in the hospital and her new boss, Mr Thorne, is known to be a stickler, But having met the charming Mr Thorne Aggie is surprised to receive such a warm welcome.

Alya tells Stu that as part of Eid she plans to cook up some extra food in the restaurant kitchen and share it out amongst the community.  When Yasmeen offers to help, Alya’s pleasantly surprised. When Stu tells Zeedan about the charity food event, he wishes he could help out too.