Steve (played by Simon Gregson) has been worrying about his daughter Amy Barlow (Elle Mulvaney) of late after the teenager fell pregnant on Coronation Street earlier this year.

With Amy taking the decision to terminate the pregnancy, Steve has been putting all his efforts into making a happier home life for Amy and his wife Tracy Barlow (Kate Ford) on the ITV  soap.

Tracy has been adamant to move out the flat the family has been residing in which has put pressure on Steve to try and up the ante with his work at the cab office.

However, a sinister turn of events later this week will see the cab driver inadvertently embroiled in an armed robbery which will have devastating implications for the father.

Following the ordeal, next week Steve will try and keep a lid on what has happened to him, not wanting the armed robber or his associates to target him or his family.

It’s easier said than done when the police make a call to the cab office in wake of the robbery, after the cab Steve was driving is picked up as the get away vehicle.

When he arrives for work at the office, Steve is left reeling when he discovers the police quizzing Tim Metcalfe (Joe Duttine) about the crime.

It’s not yet known what will happen with the police inquiry but it will be enough to ruffle Steve’s feathers when the goes to collect his first passenger since the robbery.

Steve isn’t too sure he should go back so early after the crime but having confided in Tracy about the ordeal, the battle axe insists he goes back to work.

Taking precautions to ensure his safety, Steve reluctantly accepts a job with a baseball bat in the back of the car. 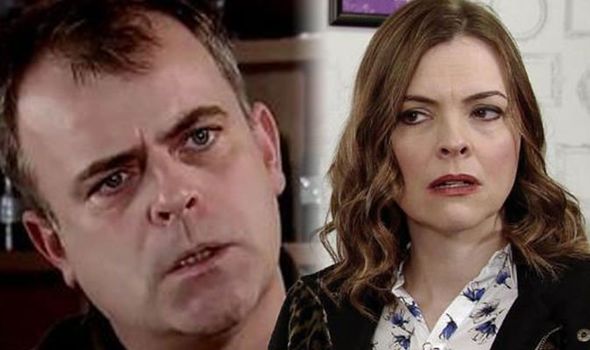 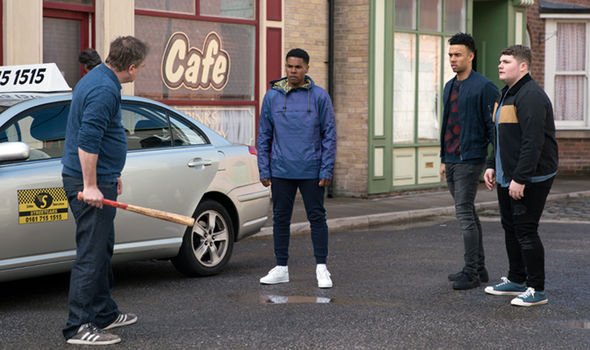 Picking up three teenagers from a bowling alley, Steve begins to become angst when the youngsters refuse to pay the fare.

As Steve goes to grab the baseball bat, one of the teenagers jumps out the car and straight into the line of direct traffic.

Viewers will have to wait and see how severe the accident will be but the tragic incident is sure to have a lasting impact on Steve.

Will the cab driver finally get the courage to report the armed robbery to the police and his involvement, or will Steve be haunted by the crime for the foreseeable future?

Elsewhere from the world of Weatherfield Sally Metcalfe actress Sally Dynevor, 55, recently spoke out about the number of casting exits from the ITV soap announced in the past few weeks. 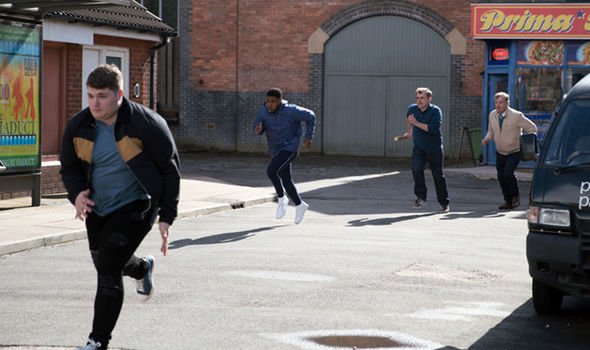 It’s so not true

Speaking about the exits, Sally said on ITV chat show Lorraine: “Everyone says all this stuff about what’s going on in the media and everything, but it’s so not true, everyone’s really happy.”

Sally told host Lorraine Kelly, 59, her character was going no where, after fears Sally could have died in the Underworld factory roof collapse earlier this year.

In the coming months, it seems Sally’s family will be increasing in numbers as her daughter Rosie Webster (Helen Flanagan) will be making her comeback to the cobbles.