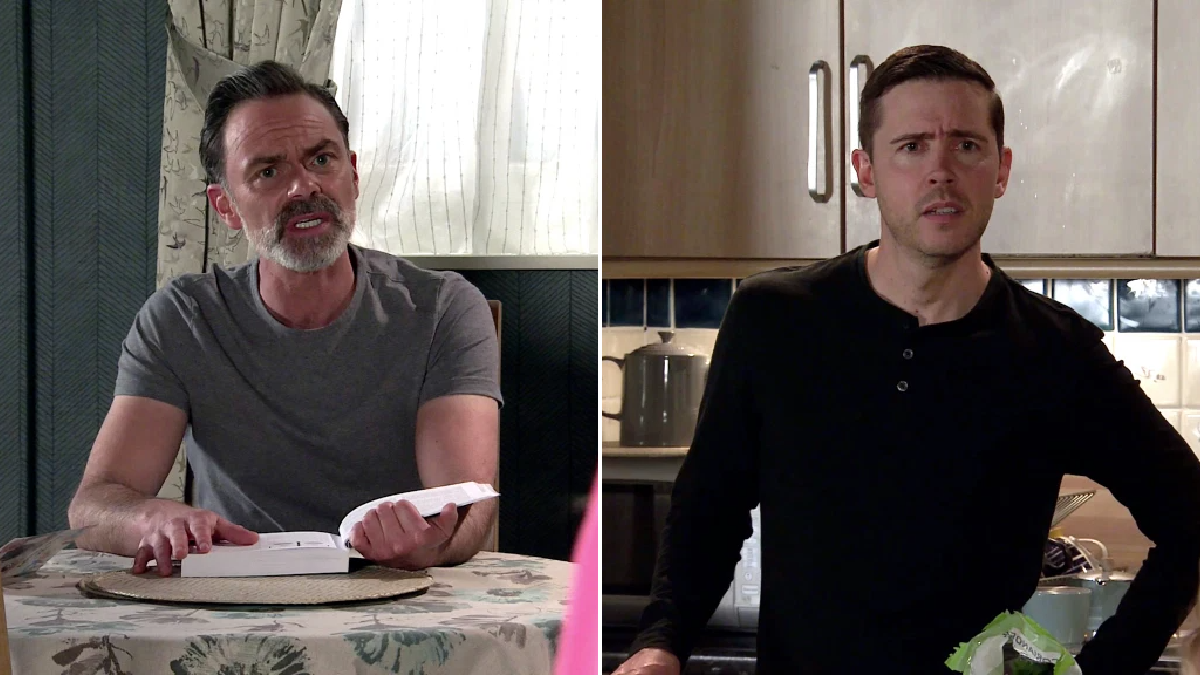 Because Gareth made his Corrie debut during the Coronavirus pandemic, he is yet to film scenes with Daniel as Billy while breaking the two-metre rule.

As the soap team adapted to the restrictions, everyone had to think of new and innovative ways of creating on-screen chemistry with two characters from a two-metre distance.

Chatting to Metro.co.uk and other press recently, Daniel Brocklebank spoke highly of Gareth Pierce and has revealed quite a surprising fact about filming from a distance:

‘We are now so good at eye sex, it’s unreal’, he laughed.

‘There’s things I didn’t even know I could do with these! *points to his eyes’.

‘I love Gareth, I love him, and we get on like a house on fire, in fact when I’ve finished with you lot, I’m going to the pub with him this afternoon. We get on really great and it’s been so brilliant to be able to build up.

We were talking about this the other day, he’s come back into the show, we’ve got back together, had a whole relationship, got engaged, all at a two metre distance!’