Rebekah, 38, and her professional Dancing on Ice skating partner Andy Buchanan took to the ice for their second performance of the competition. They took on a routine to the song Let’s Face The Music and Dance from the musical Follow The Fleet. They did score highly with the judging panel but following Sonny Jay’s, 27, routine straight after which marked higher, viewers of the ITV show weren’t impressed and took to social media to share their anguish. 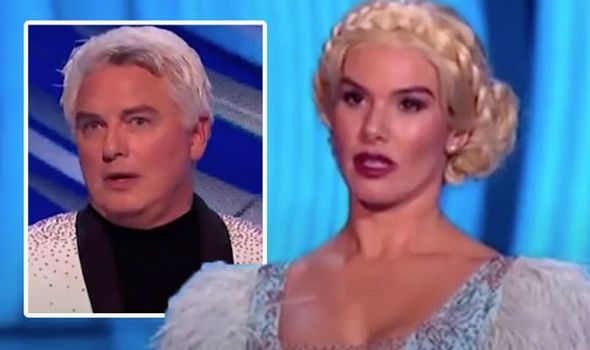 One viewer wrote: “Am I watching the same show? #DancingOnIce [Sonny] wasn’t a patch on Rebekah. How did he score better?”

Another added: “#DancingOnIce So Sonny Jay was only .5 better than Vardy?” with a third commenting: “What the hell do these judges have against @RebekahVardy? Her skate was much better than the one the one that came after #DOI #DancingOnIce @itv.”

“Loved @RebekahVardy tonight! Her performance and skating were absolutely amazing this week, she did everything that the judges had asked her to do last week,” a fourth remarked.

“Totally deserved a better score #DancingOnIce,” they continued with a fifth stating: “#DancingOnIce

Comparing another performance with Rebekah’s, a sixth decreed: “Rebekah was better than Faye in my opinion. Plus they say don’t do all lifts yet Faye’s was a lot of lift and she got higher? Undermarked #DancingOnIce.”