After decades of waiting, developing, and deal-making, “Dark Winds” blew into Austin, TX Thursday night for its global premiere.

“This is such a special show for us. ‘Dark Winds’ has had a long journey to this moment,” Dan McDermott, president of AMC Entertainment and AMC Studios, said from the stage at the Paramount Theater. “It started over 30 years ago, when Bob Redford discovered Tony Hillerman’s novels and optioned them. He spent a long time trying to get this show made — and he heard ‘no’ a lot.”

Heralded as the most ambitious Native-led TV show ever made, “Dark Winds” is a thriller based on Hillerman’s Leaphorn & Chee book series. Zahn McClarnon (“Fargo,” “Reservation Dogs”) stars as Tribal Police lieutenant Joe Leaphorn, a married investigator working on a remote outpost of the Navajo Nation near Monument Valley. When two high-profile cases cross his desk, Leaphorn is assigned a new deputy: Jim Chee (Kiowa Gordon), who works alongside Sergeant Bernadette Manuelito (Jessica Matten) to help crack both crimes.

“I’ve played a few tribal cops,” McClarnon said during the post-screening Q&A. “I’ve certainly done my research [for the role.] I grew up on and off the reservation. One of my uncles was a tribal cop in Montana.”

“I grew up a little bit on the reservation in Arizona, and I had a couple spats with the tribal police there,” Gordon said. “My dad, he was a cop. He was a deputy, and everything I know, I know from my dad.”

Matten said she’d also played a tribal police officer before, but she was thrilled to embody a character as strong, smart, and funny as the women she grew up with. “I’m really really excited for everyone to see what an Indigenous woman looks like to me and has been my entire life,” she said.

Filmed in three separate sovereign nations, “Dark Winds” is one of the first productions from the Native American-owned Camel Rock Studios. Chris Eyre directed the bulk of the six-episode first season, and the Cheyenne and Arapaho tribesman has been on board the project since a fateful lunch with Robert Redford and George R.R. Martin, both executive producers on the series, back in 2016.

As noted by moderator Mo Ryan, “Dark Winds” is the latest in a run of prominent Indigenous stories to hit TV. “Reservation Dogs” and “Rutherford Falls,” both with second seasons launching this summer, were critical hits that made their mark in a crowded television landscape. “Dark Winds” hopes to keep the streak going for years to come.

“Is this a golden moment?” Matten said. “There’s going to be a point where it’s not about being Indigenous. You’re just a damn good actor.”

“We just hope that ‘Dark Winds’ keeps that door open for Indigenous talent in front and behind the cameras,” McClarnon said. “I think it all comes down to just getting the voices heard and telling our own stories. I’m excited. We hope to continue doing the show and open that door further.”

“Dark Winds” has plenty of material to pull from, considering Hillerman’s series ran for 18 novels. Still, at least one star isn’t sure they want to stick around that long. 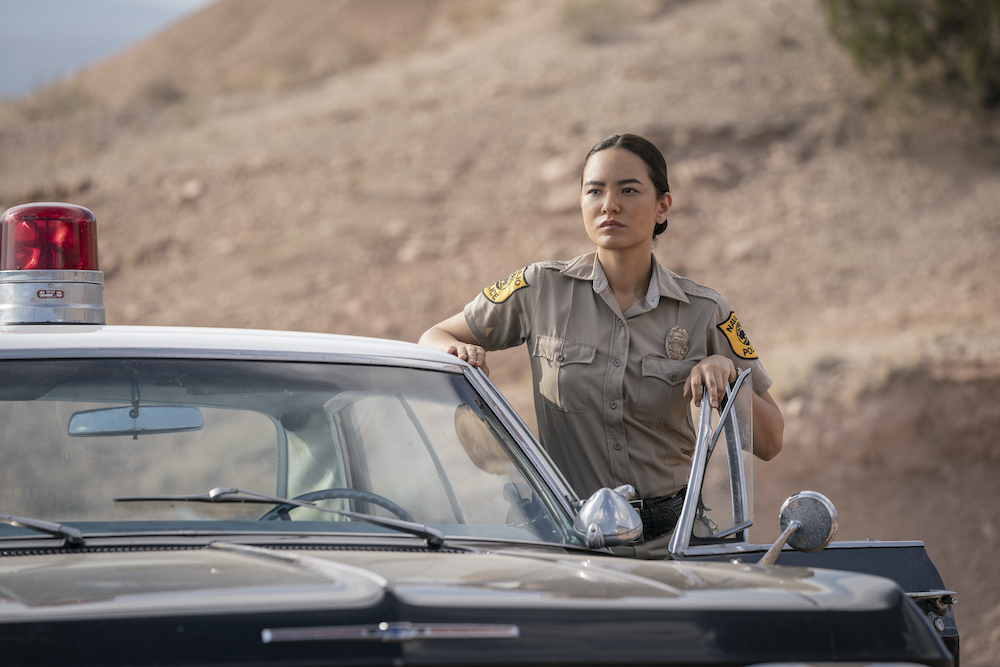 The series premiere also marked the start of the ATX TV Festival’s eleventh season, and the first since the pandemic forced the Austin-based event to go virtual two years prior. Along with May’s edition of Seriesfest in Colorado, the past two months have seen TV festivals return to in-person gatherings with marquee screenings and large crowds.

“We planned the first festival in 12 months,” ATX co-founder Caitlin McFarland said during opening remarks. “We had an idea in May 2011 and put on the festival in June 2012. It has now been 36 months since we’ve been here [in-person], and I don’t know how to process that information other than to say it feels like the first time again.”

“We really just want to take a minute and really be here, be present, and really revel in the fact that we are back together,” co-founder Emily Gipson said. “This is what feels magical: us being together watching TV on the big screen.”

The ATX TV Festival will run from June 2 – 5 in Austin, TX. Highlights include cast and creative reunions for series like “Parenthood,” “Justified,” and “Scrubs,” as well as a “Westworld” Season 4 panel as the Closing Night celebration. Tickets as well as Virtual Passes are available via the website.