DAVID Beckham showed off his thinning hair – two years after his hair transplant.

Becks, 45, shaved his head and revealed his thinning hair during lockdown in the Cotswalds after getting the popular surgery in 2018. 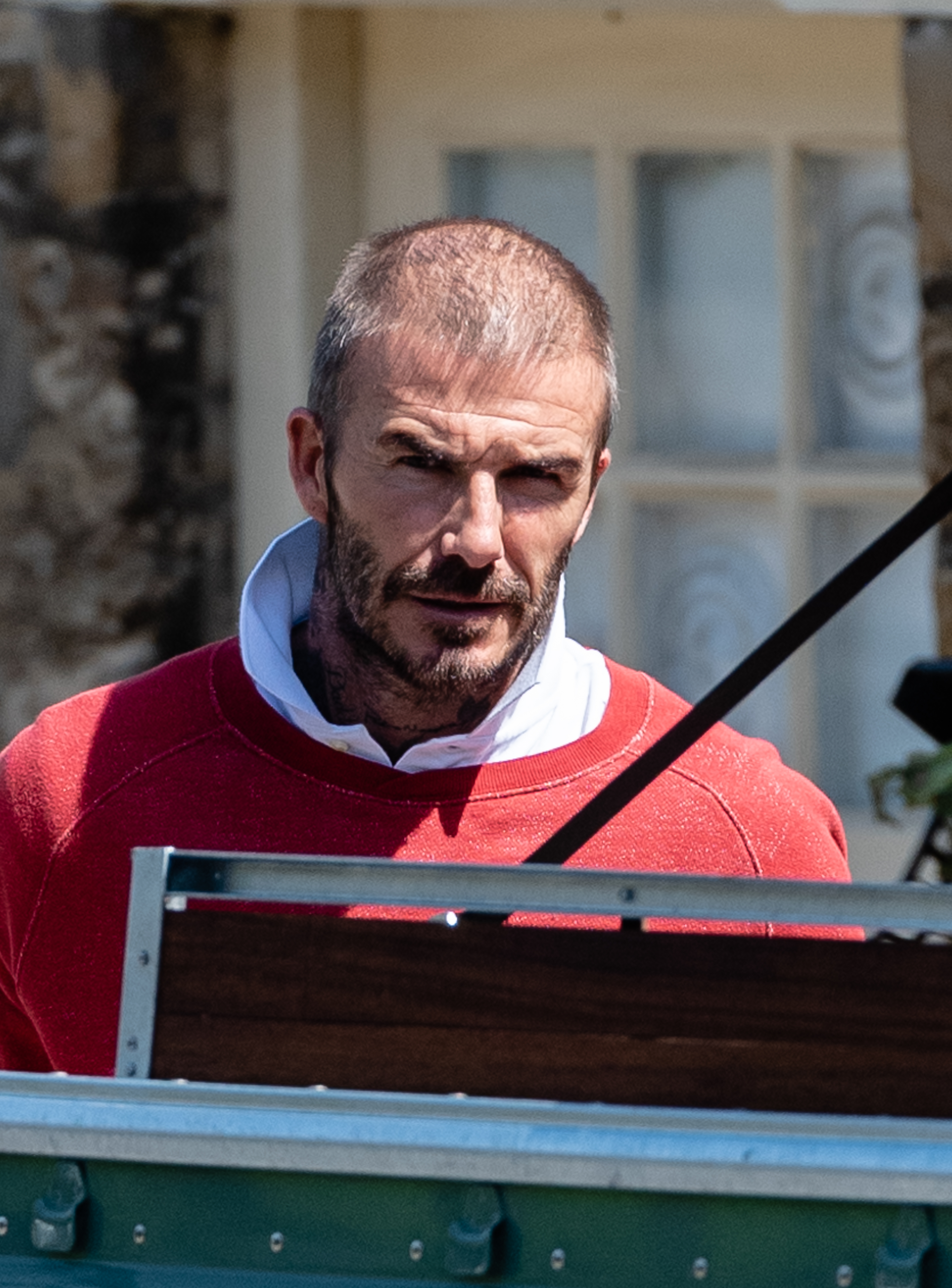 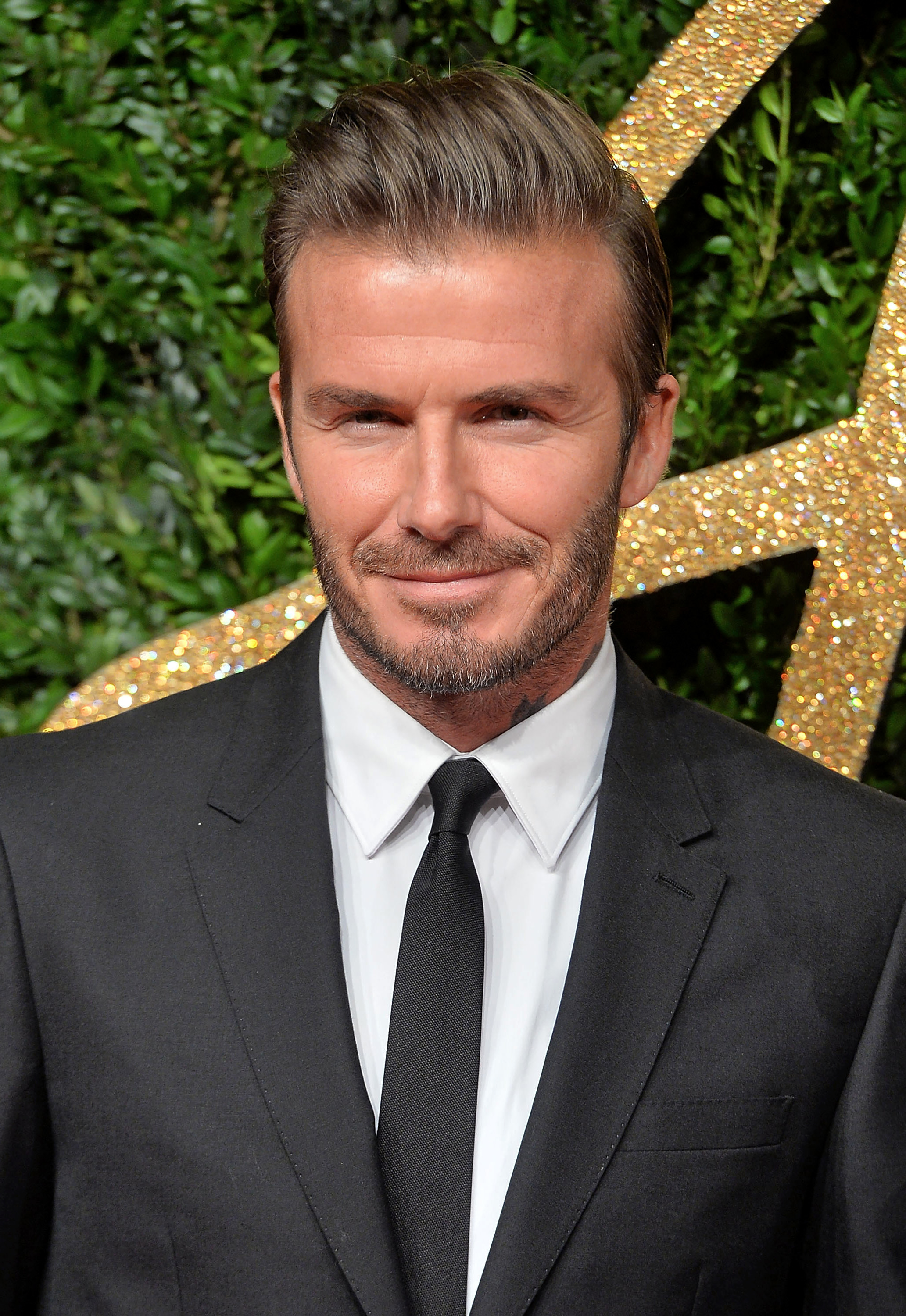 But as the star popped out to the shops in his classic Land Rover with daughter Harper – he revealed he hasn't got much hair left to work with.

The Sun's Bizarre column revealed back in August 2018 that Golden Balls looked as though he had decided to pay for a new hairline.

David allegedly planned to fork out for the new hairline as he joined the growing number of middle-aged men to undergo a hair transplant. 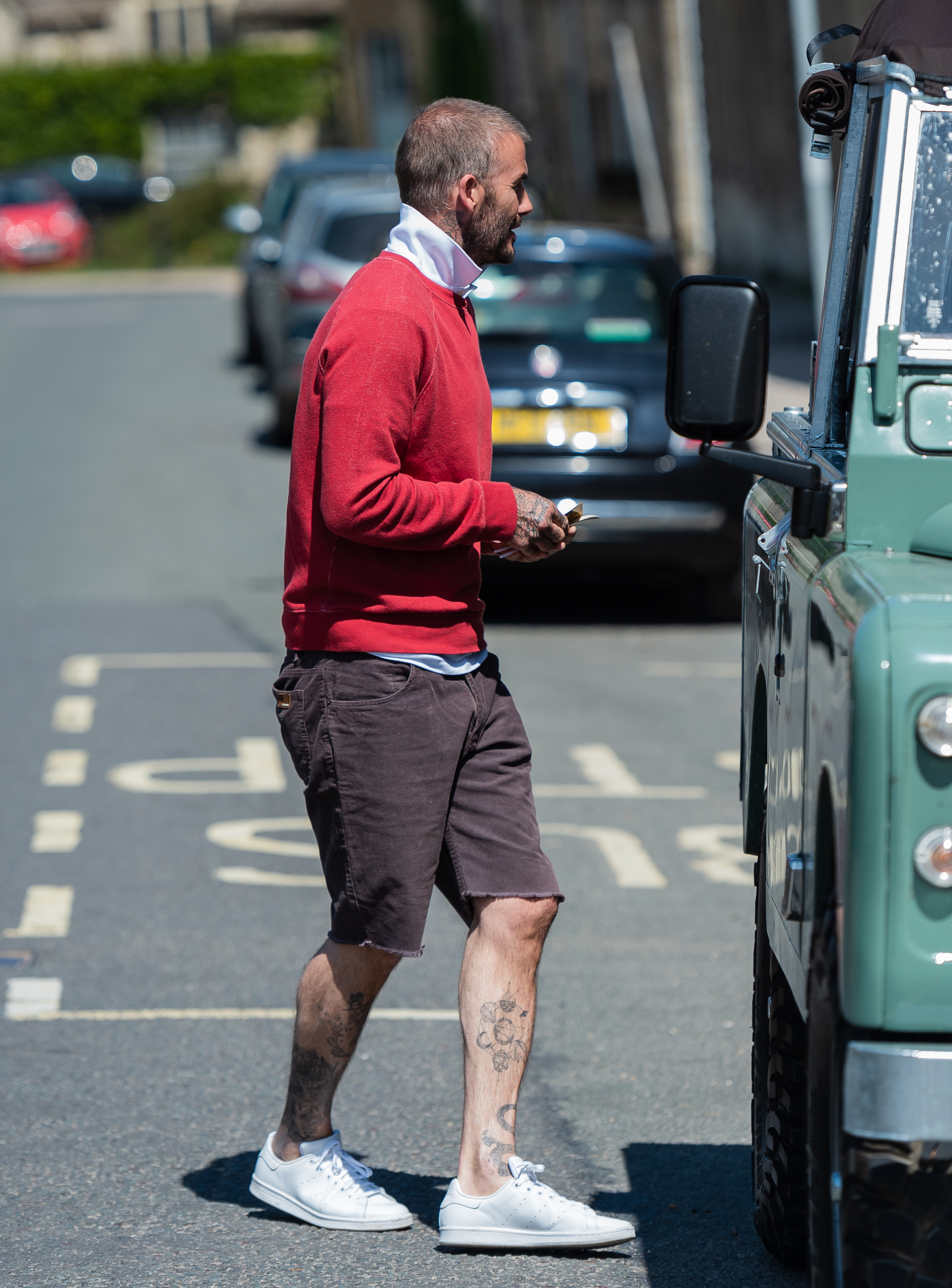 However on a trip to the shops with hs favourite delicatessen with eight year old Harper he showcased his shaven look.

Harpet hopped into the passenger seat of his immaculate pale green 4×4.

But while the youngster was safely buckled up, her dad forgot to strap in as they pulled away from posh deli, Mr Bumbles at the picture postcard village of Burford, Oxon.

The super-rich former England captain and Real Madrid, Manchester United and AC Milan ace is believed to have splashed out £80,000 on the stunning factory-restored Series 1 motor. 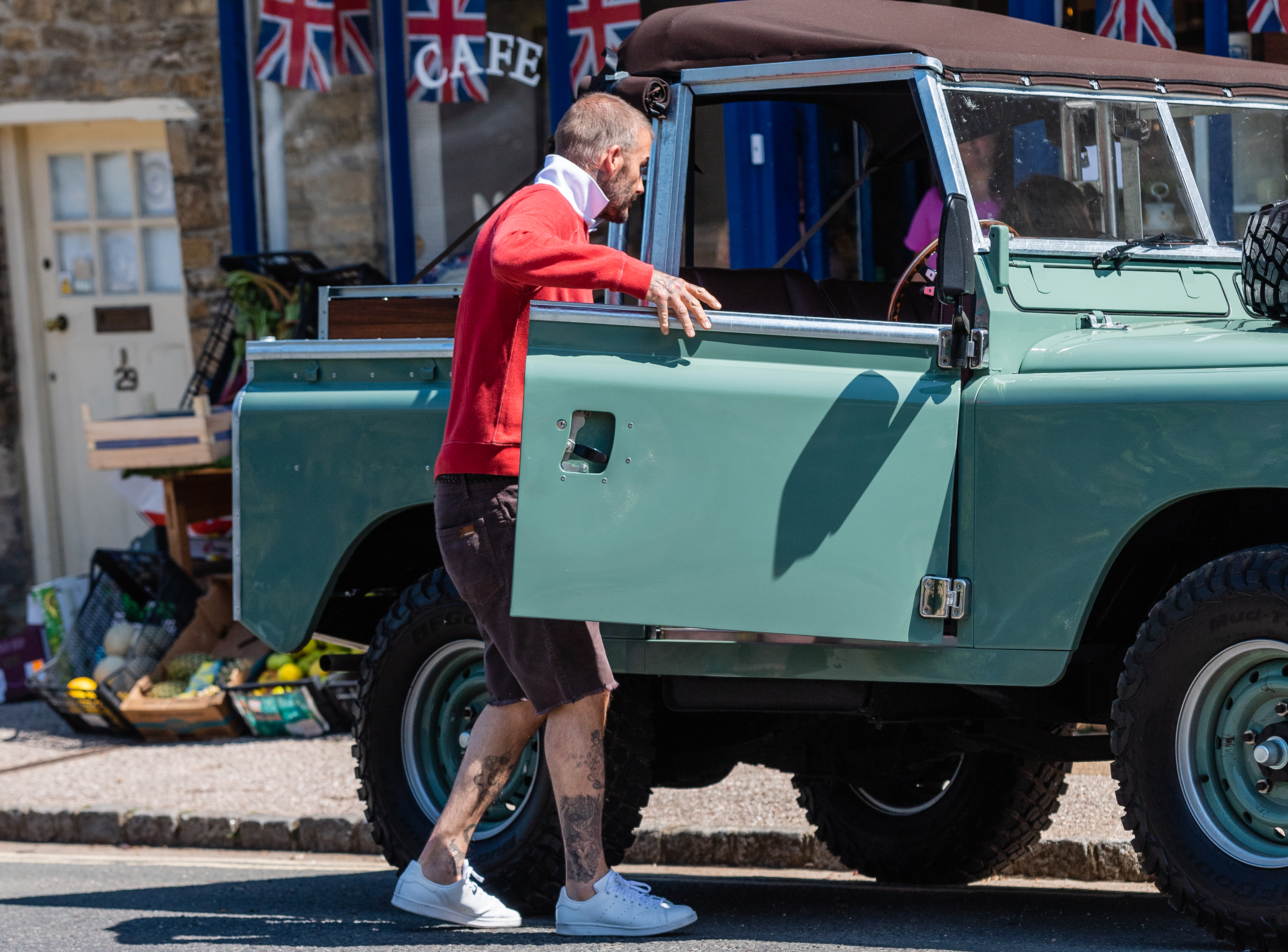 He broke the clunk-click law having only recently returned to the road after being slapped with a six-month driving ban for using his mobile phone at the wheel of his Bentley.

A court in May last year heard he was photographed by a member of the public holding a phone as he drove in "slowly moving" traffic.

He was banned after being slapped with six penalty points on on top of six he already had for speeding.

In 2018 the star was accused of "shirking his responsibility" as a role model when he beat a speeding on a technicality using “Mr Loophole” celebrity lawyer Nick Freeman.

The father-of-four accepted he drove a loaned Bentley at 59mph in a 40mph zone in west London but Mr Freeman got him off because his speeding notice arrived one day late.

Becks took smiling Harper on a 32 mile round shopping trip on Saturday. 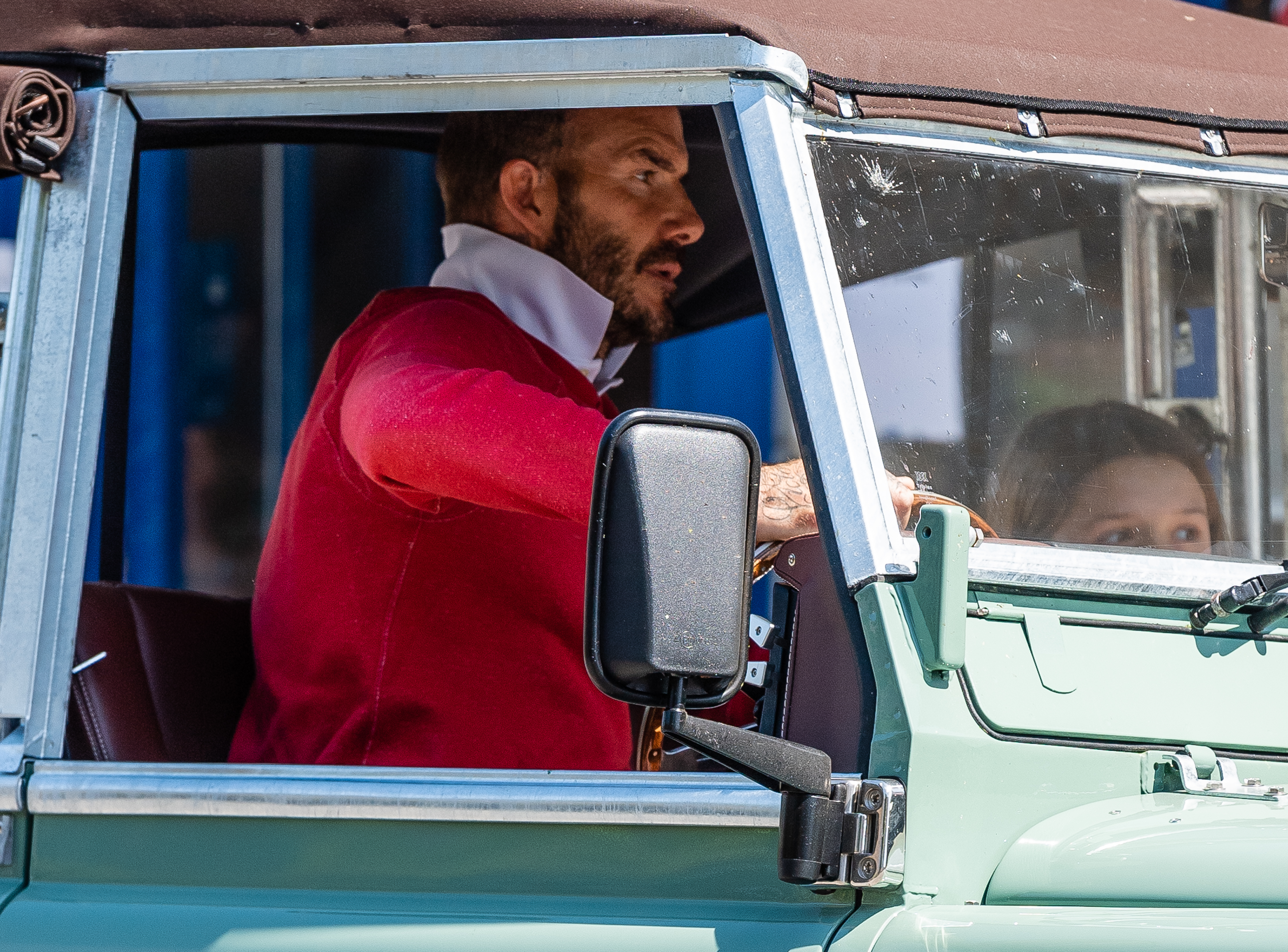 Burford is 16 miles from the family’s stunning £6million Cotswolds haven, where the Beckhams’ are spending lockdown.

The star – dressed down a red sweat top, jeans and trainers – picked the fancy deli over a Sainsbury’s, Aldi, Co-Op and M&S which are closest to him in Chipping Norton.

A source told The Sun: “David has visited Mrs Bumbles at least three times in the last three weeks, he really likes the produce and always spends a lot of money.

“He looked very happy and relaxed with his little girl – so much so that he forgot to buckle up.” 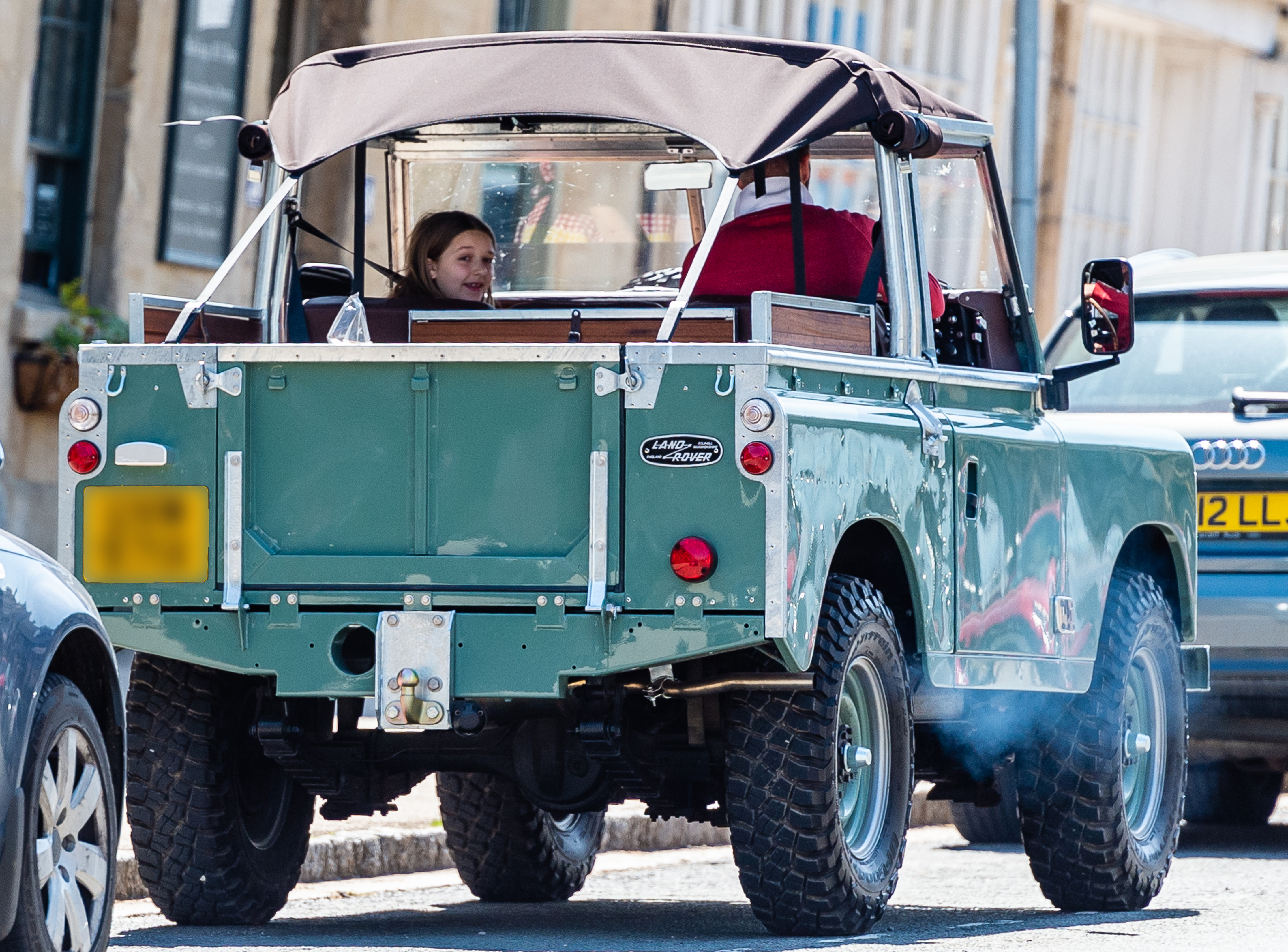 Becks – who has spent fortunes on his hair over the years – appears to have given himself a buzz cut during lockdown which shows his famous locks are thinning.

He has been in sumptuous seclusion with fashion designer wife Victoria and children Romeo, Cruz and Harper as their eldest son Brooklyn is in New York.

The ex-soccer star has said he finds driving relaxing and loves pottering around the lanes near his Cotswolds retreat in his gleaming 4×4 – a version of a classic 4×4 first made in 1948.

A Beckham spokesman declined to comment on his seat belt lapse. 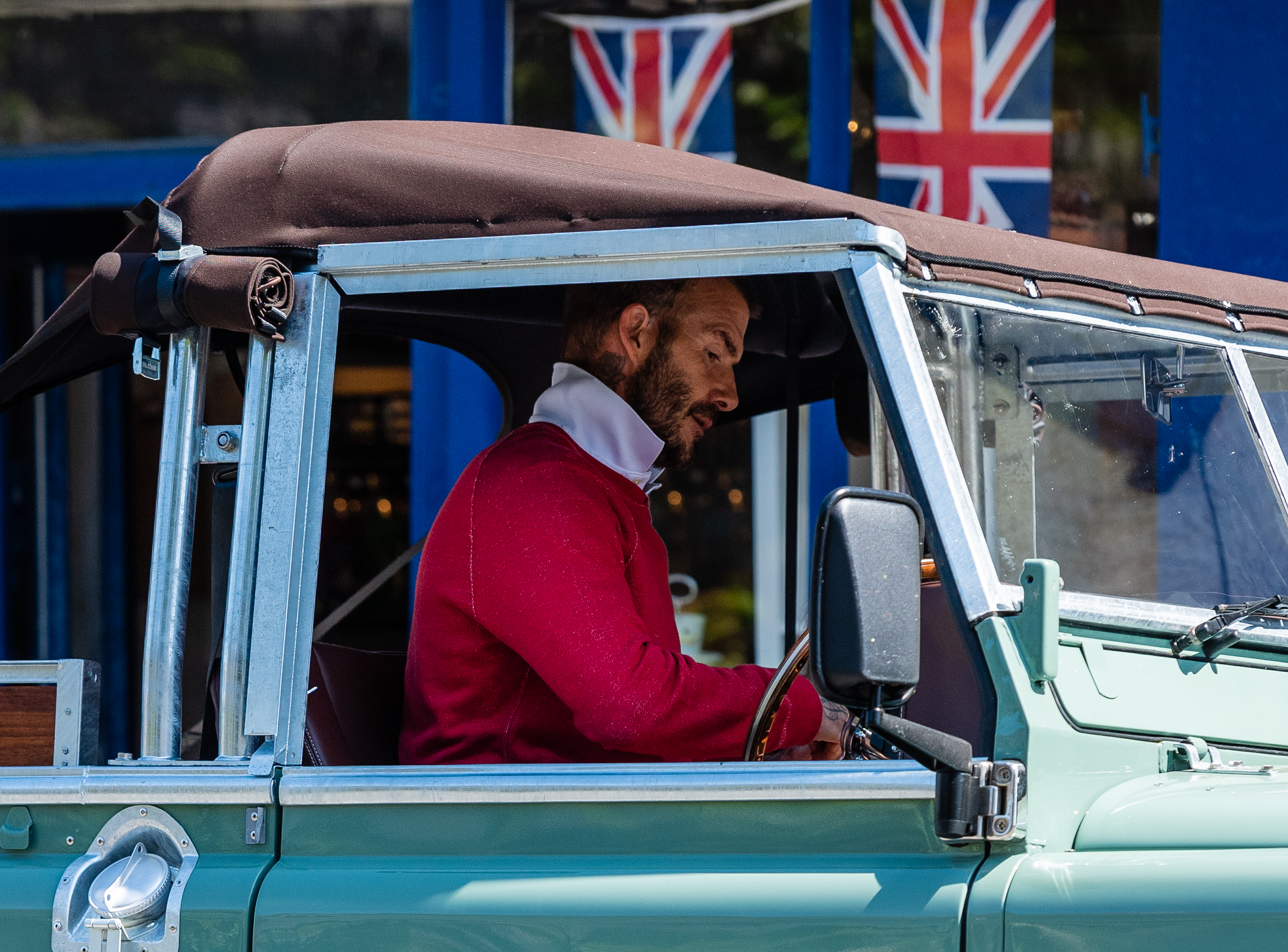 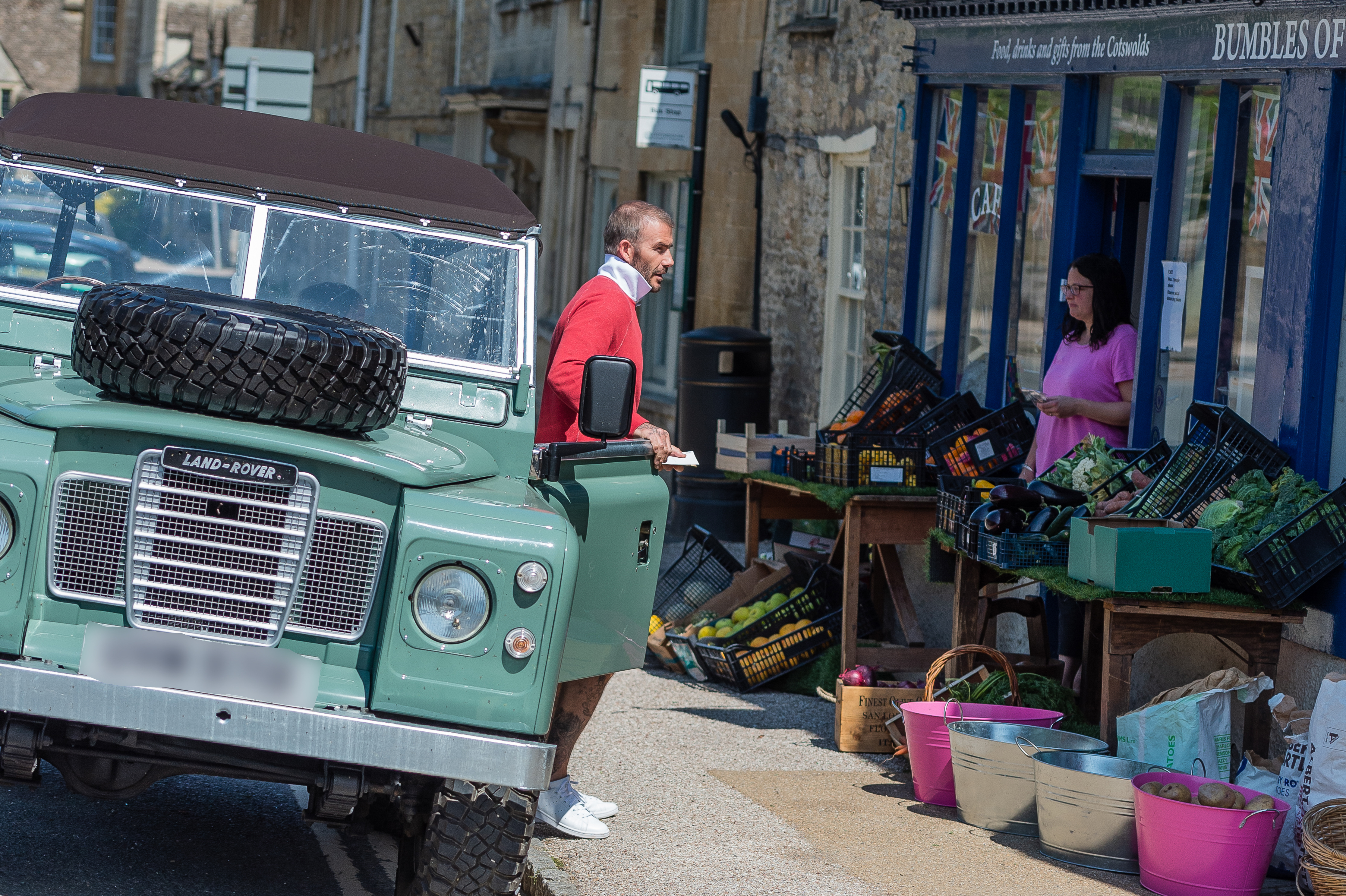 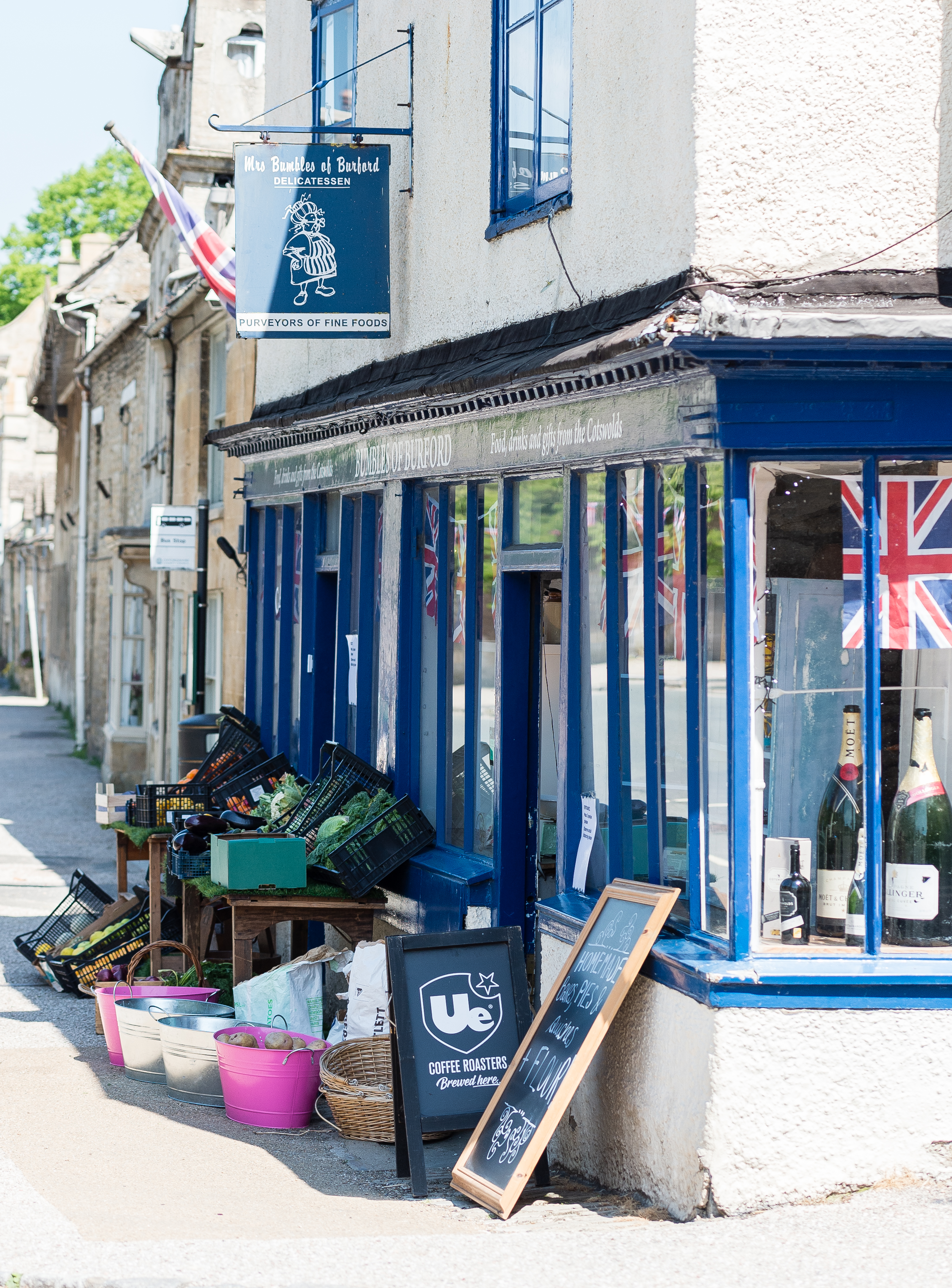