If you were paying attention to HBO during the pay-cable giant’s breakthrough stretch at the turn of the century, it became a running gag that all the best shows came from a David. There was of course David Chase with The Sopranos, and David Milch with Deadwood. And in between, there was David Simon with The Wire. If not for its Seinfeld pedigree, one could be forgiven for assuming Curb Your Enthusiasm only got on the air because its creator and star was named Larry David.

In the years since HBO had three of the greatest dramas ever made on the air at the same time, the Davids’ fortunes have diverged. Chase made a good but little-seen film, Not Fade Away, and, after several other projects fell through, he’s returning to Sopranos world with a prequel movie, Newark. Milch followed Deadwood with the inscrutable John From Cincinnati and the doomed Luck, then fell ill with Alzheimer’s but still managed to get the band back together for Deadwood: The Movie. Simon, though, has shown no interest whatsoever in reviving The Wire. In part, that’s because he already told that story; in part, it’s because HBO has kept him busy pretty much since the day we said goodbye to his fictionalized Baltimore.

Simon and Wire co-creator Ed Burns followed their urban masterpiece by heading overseas for the Iraq War miniseries Generation Kill. Then Simon and Wire writer Eric Overmyer went down to New Orleans for Treme, a drama about jazz musicians, chefs, and more making their way in the city’s post-Katrina years. Then he re-teamed with an old Baltimore Sun colleague, William F. Zorzi, to make Show Me a Hero, a miniseries dramatizing a public housing fight in Yonkers. And for the last three years, he and frequent collaborator George Pelecanos have been making The Deuce, a drama about the rise of the porn industry over two decades in New York City. (The third and final season debuts September 9th.) 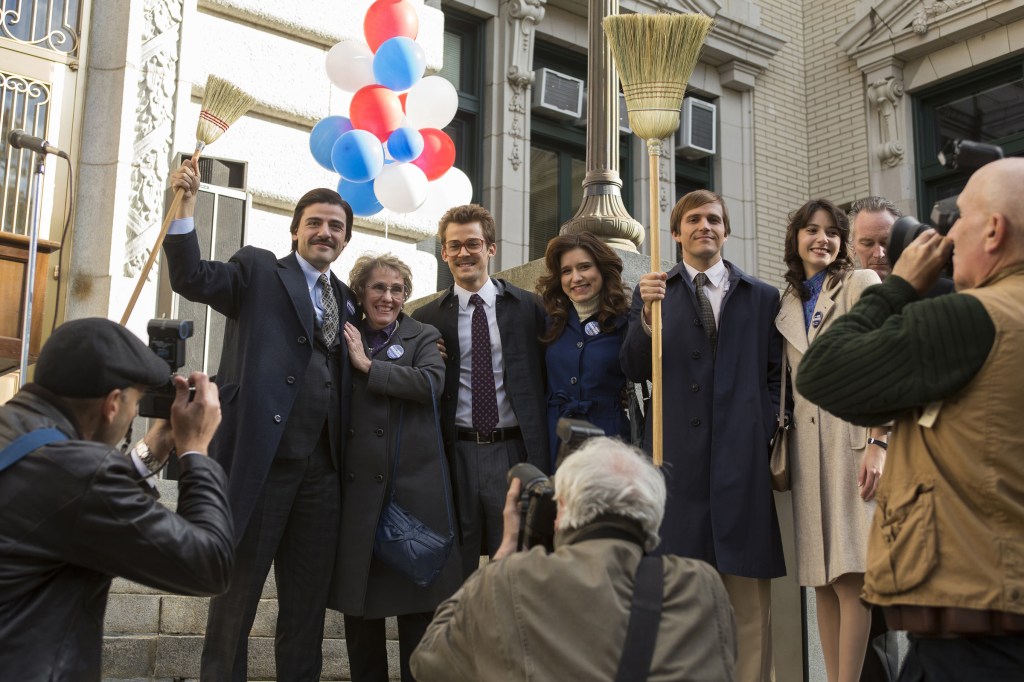 The Wire, little-watched when it originally aired, has had the longest tail of any series from HBO’s first golden age, and is frequently hailed as the greatest show ever made. Wherever you choose to rank it, its combination of gripping police stories and blunt talk about the failing infrastructure of the American city (and, by extension, of America itself) made it the ultimate televised example a spoonful of narrative sugar making the sociopolitical medicine go down. A converted journalist, Simon is a great pure storyteller who manages to invest nearly every character onscreen with startling depth. But he’s long pushed back against people who dwell on the most popcorn aspects of his masterpiece. Perhaps not coincidentally, his post-Wire projects have been less populist in design, and in reception; odds are you won’t find many websites running nostalgic “Who’s the Best Treme Character?” brackets when that show hits its 10th anniversary in a few years.

Treme often felt like one of the jazz compositions that its trombonist hero Antoine Batiste (Wendell Pierce, one of many Wire alums to follow Simon to later shows) hustled around town to play: lively and full of energy, but amorphous and seemingly improvised at times. There were some clear narrative signposts — the search for a loved one who went missing in the storm, romances gone awry, investigations of police corruption — but more often than not, Treme simply provided a chance to marinate in the atmosphere of a great American city and the superb ensemble Simon and Overmyer had assembled.

Generation Kill, based on Evan Wright’s book (itself based on a series of Rolling Stone articles) about the early days of the Iraq invasion, was also chaotic — the better to reflect what its recon Marine protagonists were experiencing during a military action that no one seemed to have thought through. Large swaths of it turn into road-trip comedy as the Marines have off-key sing-alongs and mercilessly tease each other in between combat engagements, but the adventure fizzles out, because no one in charge has a plan for what to do after Iraqi forces have been steamrolled. That intentionally disappointing quality makes Generation Kill a rare counterexample to François Truffaut’s famous argument that you can’t make an antiwar film, because depicting war inevitably glamorizes it.

The public housing premise of Show Me a Hero almost sounds like a parody of a David Simon project. But if it’s wonky, it’s also as compulsively watchable as anything Simon’s made. It is his first time working with a famous director (Crash’s Paul Haggis) and his first time working with pre-existing stars, rather than ones he created such as Idris Elba and Dominic West. As the youthful, doomed Yonkers mayor, Oscar Isaac breathes enormous humanity into what could be terribly dry material, while Catherine Keener lends necessary shading to one of the fiercest opponents to the low-income housing project. It’s televised broccoli, but the really tasty kind.

The Deuce in many ways feels like a culmination of everything Simon’s done since saying goodbye to McNulty, Omar, and the Bunk. Like Show Me a Hero, it has high-profile leads in Maggie Gyllenhaal (as a prostitute turned feminist porn auteur) and James Franco (as identical twins caught up in vice to varying degrees) to draw attention, and to make the more plotless sections feel compelling in and of themselves. Like Treme, its strongest appeal is its sense of place in its recreation of the grimy pre-Giuliani Times Square. And like Generation Kill, it’s a period piece about grand plans for which no one has considered the unintended consequences. Though its sprawl occasionally proves a hindrance — as with Treme, the lack of a narrative spine like The Wire’s police investigations can make aspects of the show feel too scattered — it’s a potent reminder that Simon and his collaborators can be as good at basic entertainment as they are at dramatizing civics lessons. 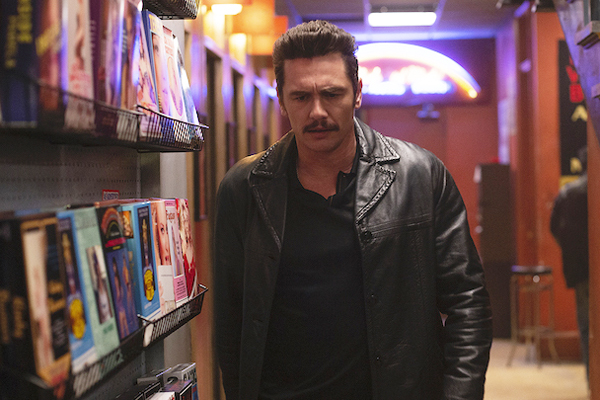 Franco in ‘The Deuce.’
Photo by Paul Schiraldi/HBO