BBC One will now host Dragons’ Den instead of BBC Two and Deborah Meaden is returning alongside fellow dragons Peter Jones, Touker Suleyman, Tej Lalvani and Sara Davies. Both Deborah and Sara have appeared on several television shows earlier this week to discuss the new series and how the show has adapted to the pandemic, of which some changes Deborah hopes are kept in place post-pandemic.

Talking to Holly Willoughby and Phillip Schofield on ITV’s This Morning earlier this week, business expert Deborah explained the changes to the show.

She said: “Well actually, we were probably about four feet apart [before], so we’ve moved a little bit further apart.

“The big difference is of course the entrepreneurs couldn’t show us their product so we get a little box beside us which I rather like – I rather hope they keep it because it’s like Christmas every day, like ‘oh what’s in the box?’

“So the products would sit in the box and when the entrepreneur had finished their pitch, they’d say ‘open the box and look inside’ so I think it worked really well actually.” 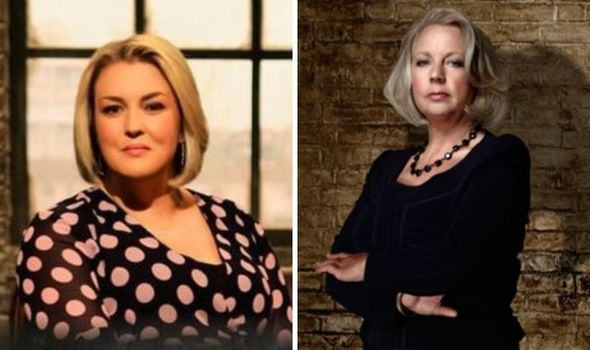 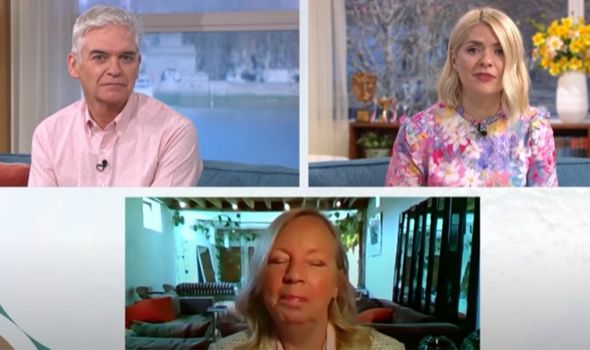 The successful entrepreneur and investor explained the qualities that make a good pitch on the show.

“When you’re in front of those poor quivering people, what is it that annoys you? When do you know they’ve just got this wrong?” Phillip asked Deborah.

She replied: “It doesn’t annoy me if I think people have made mistakes. What does annoy me is when I think there’s a little bit of bluffing going on.”

Holly, asked: “You think of business as a whole really over the last year has suffered, but look at what’s going on inside the den and you’ve had a record-breaking year for pledges and investments there, how come?” 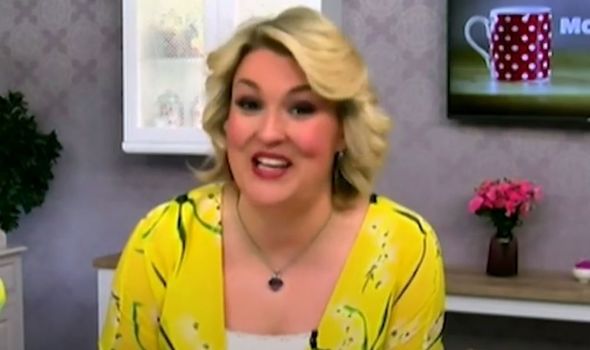 “I think the move to BBC One is bang on,” Deborah said. “Because there’s a lot of people that have taken the time to think about their lives, to think about how they want to work, the flexibility and being able to work at home.

“Having skills that they could actually, probably, use in setting up their own business so I think this year particularly it’s really, really brought out those people that have a business itch and thought ‘do you know what, I’m going to go for it’.

“And I think having a wider audience on BBC One, I hope it’s going to inspire a lot of people to do the thing that I love. I love business, I love entrepreneurs,” Deborah added.

The presenters also asked the stern “dragon” how she keeps a detached demeanour when listening to contestants’ pitches.

“What about if somebody comes in with a very emotional pitch?” Holly asked. “Because it’s quite hard to separate business and emotion so that’s something you have to get quite good as, is it?”

“And it does get emotional, and of course I feel it. But I’m making an investment, and if I make an investment based on emotion, it’s going to go wrong later.”

She added she does sometimes think with her heart, but has to remain rational.

This was echoed by fellow dragon Sara, who appeared on Morning Live on Wednesday, she chatted to the presenter of the BBC morning show host Gethin Jones.

“I would definitely say there’s been a lot of heart in a lot of the decisions I’ve made this year. It’s been my biggest series in terms of investment,” she told the presenter.

“It’s been the biggest season ever for the BBC in terms of the number of investments and the amount of money pledged.

“And I think it’s been the calibre of businesses that we’ve had, and what really impresses me is, as they come through the lift, it’s a different story every time, but so much of it has been how businesses have adapted through Covid.

“And for me, I did let my heart rule my head a little bit where I’ve seen some people who’ve really put their heart and soul into making a business succeed, and they just need a dragon on board to help get it off the ground.”

Dragons’ Den returns tonight at 8pm to BBC One.