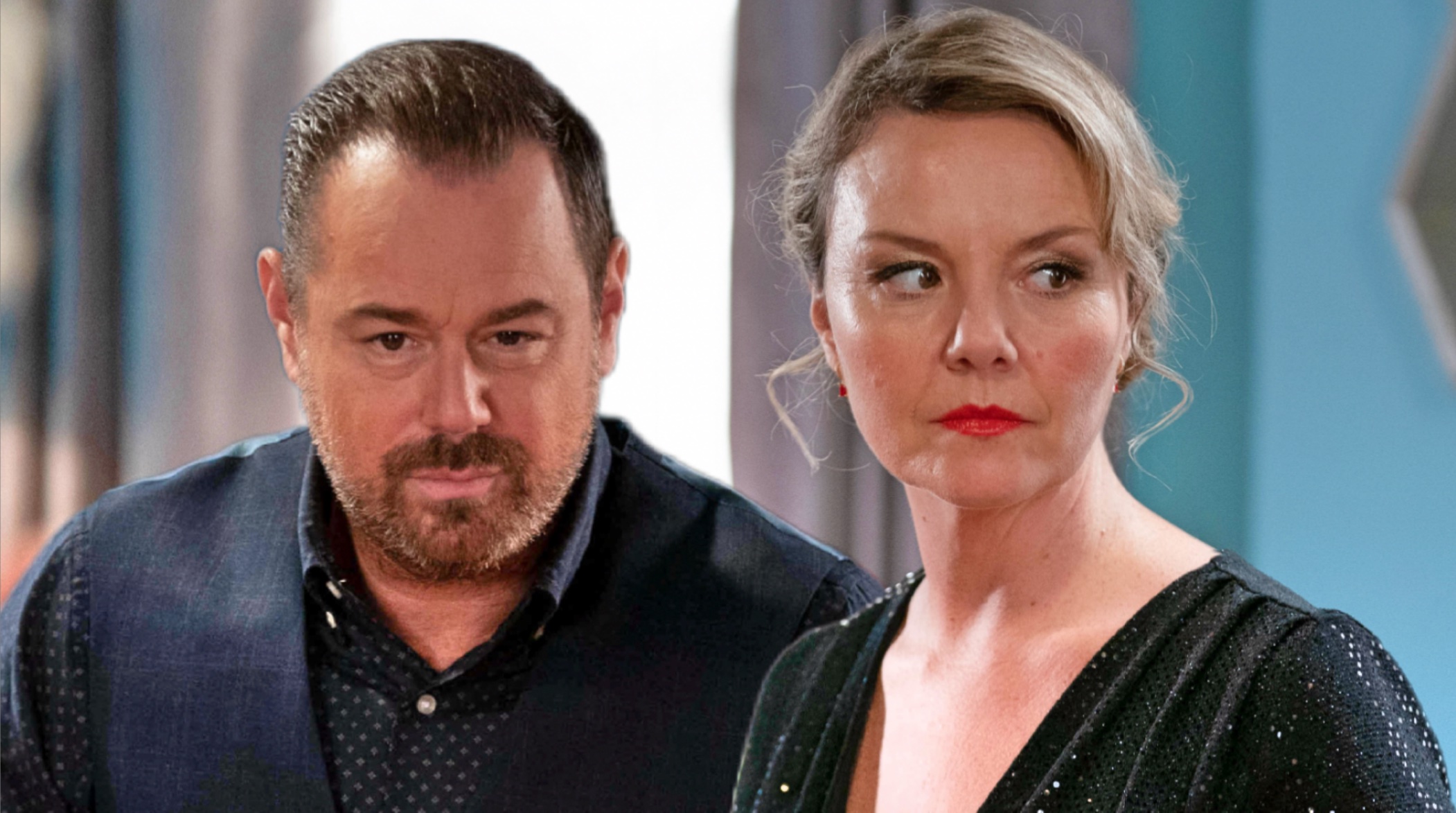 As Janine’s lies all explode over the dinner table, a colossal showdown ends in tragedy.

What happens on Christmas Day?

It’s Christmas morning and Shirley’s determined to expose Janine for who she is but she hasn’t quite pieced the full puzzle together.

With Linda by her side they head to The Vic and, as they are making peace with Mick, Janine sees Jada arrive and is determined to keep her away from Linda.

Both Linda and Shirley are stunned when Janine invites them to Christmas lunch, but there’s a bigger shock ahead when Sharon and Jada interrupt the lunch.

Alfie has a plan to create Christmas magic for Kat and the kids by dressing as Santa and abseiling from the roof of the Mitchell house but it doesn’t go to plan – when helper Freddie gets distracted, Alfie ends up stuck on the roof in the freezing cold.

Inside, Bert lets slip to Phil that Kat had told Alfie he could stay until New Year. Later, Phil goes outside and sees Alfie stuck on the roof.

Kat invites Alfie in but there’s more trouble ahead when Phil finds out what’s been going on since he has been away.

Lola wakes up to find Lexi opening presents and Jay hands her a lovely gift. Billy commends Jay on sticking by Lola, and Jay reveals he’s going to propose today.

Enlisting the help of Ben, Jay organises an outdoor Christmas miracle and asks for Lola’s hand in marriage.

The Fox-Brannings have a nightmare when chef Kim takes control of Christmas dinner and destroys their Christmas lunch. Denise says they will go with Raymond to the Mitchells and throw themselves on their mercy.

Kim doesn’t want to beg for scraps from Phil, but Denise insists. With no shortage of bickering and drama, the blended family manage to make their unconventional Christmas celebrations work.

EastEnders airs at 9.25pm for one hour on BBC One on Christmas Day.