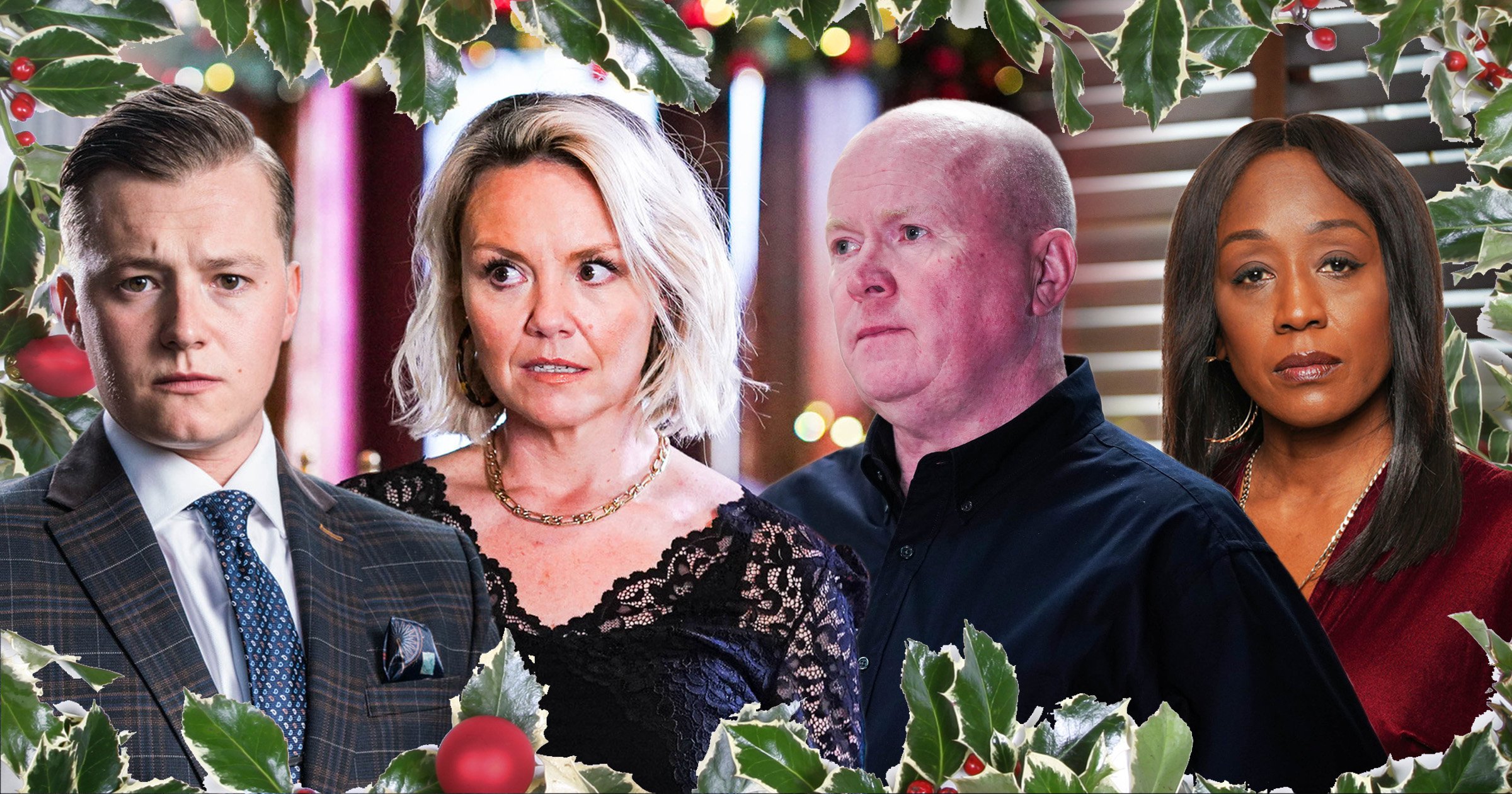 It’s always going to be a dramatic Christmas in Walford and this year seems to be no different with a double wedding promising huge trouble.

Elsewhere, Phil Mitchell (Steve McFadden) is heading for serious strife when the police arrest him while there’s horror in the Square as the far right terror leads to a devastating event.

There’s horror ahead in Walford as it has been rumoured that a bomb will be planted under a car as part of the rampant Islamophobia led by a far right group.

As hate spreads, a devastating event looks set to ravage the Square but can anyone stop the bomb going off or will tragedy strike?

And if the latter, who may lose their life?

Sinister far right thug Aaron has already committed depraved atrocities including attacking a Muslim taxi driver so badly that he may be blind and painting Nazi symbols on the Arghee Bargee.

His hate is set to intensity as dad Harvey tries to take desperate action. With the rest of the gang pushing Aaron to take action and prove his loyalty, will he be responsible for the bomb?

Janine schemes to have Mick!

Naive Mick seems to be getting on well with Janine, not realising that this is a cunning woman who forever has ulterior motives. While the cat’s away, will Mick play?

Janine works with Mick on a Christmas event, they share laughs and the festive spirits flow.

But will Janine get her claws into the landlord?

Two weddings on Christmas Day? How inconvenient for the guests who want to be sitting at home with their turkey.

Mind you, they may get to enjoy some big drama as Chelsea’s wedding to Gray threatens to end in disaster as it appears Gray could be jilted.

And could this in turn impact Denise’s happy day with Jack?

Killer Gray has some horrific secrets, having taken three lives so far, including that of his own wife Chantelle. But as the year ends and Chelsea and Whitney feel their suspicions start to grow, will Gray finally be caught out?

And what lengths will he go to protect the secrets of his many murders this time?

When Rocky was revealed to be Tom Cotton, the uncle of Dotty, and they are both planning to scam Sonia out of her money, fans were shocked.

But Rocky has recently got cold feet, unable to fight his conscience over Sonia. Can Dotty get him back on track?

Or will he blow their plot wide open, facing the music for their spiteful actions?

An arresting situation for Phil

In the wake of the revelations to Kim around the death of her husband Vincent, Phil finds options running out and he makes a break for it with some Raymond.

Sharon and Kat are on his tail, determined to stop him making a life changing mistake and soon the police are cuffing Phil.

Will he be going down?