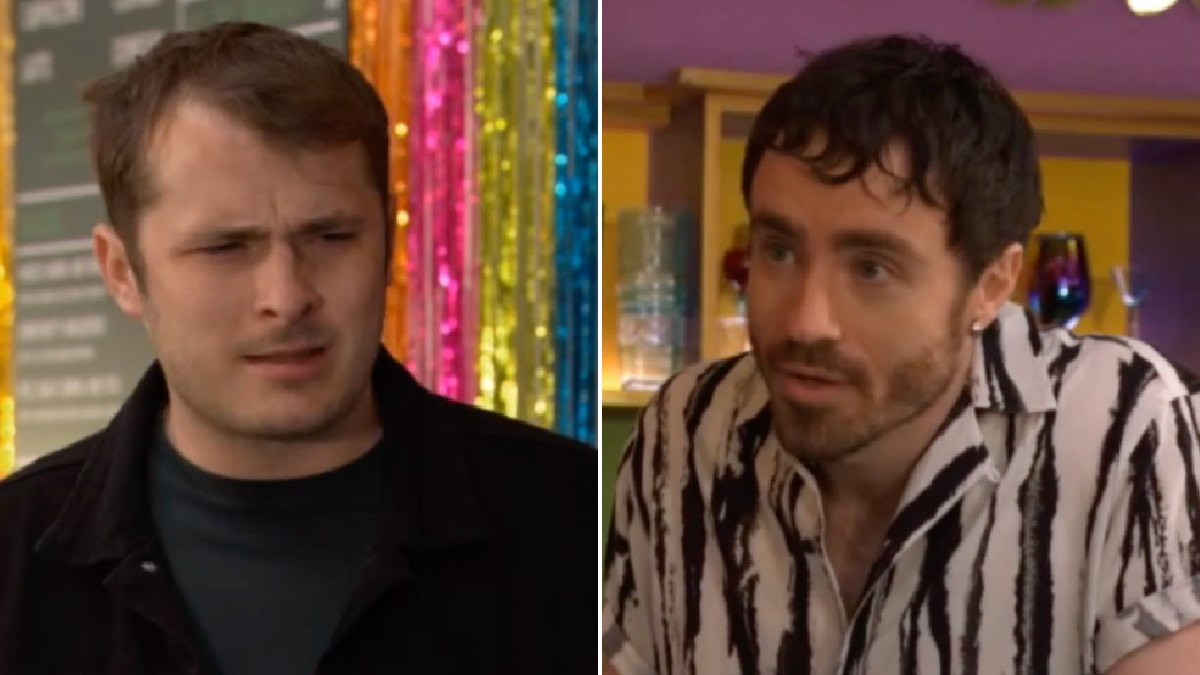 Tonight’s episode of EastEnders was completely heartbreaking, as Ben (Max Bowden being absolutely brilliant) struggled to process the shock of being raped by Lewis (Aidan O’Callaghan) the night before.

Sam (Kim Medcalf) saw him staggering out of the Albert looking dazed and in pain both mentally and physically, but she teased him about being out all night.

When Ben got home, Callum (Tony Clay) and Lexi (Isabella Brown) were still in bed surrounded by fairy lights. Ben’s eyes were full of tears as Callum accused him, ‘You’ve been with him all night.’

The most difficult scenes to watch were when Ben tried to confront Lewis about what happened the night before and Lewis made everything sound like it had been Ben’s idea. ‘You held me down,’ Ben said.

‘You could have pushed me off,’ Lewis replied, adding that since Ben is always going around beating people up, he could have easily fought Lewis off if he’d really wanted to. Lewis said that what had happened was ‘A bit of fun. We had sex, you like it rough, you’ve woken up guilty.’

Ben of course knows that isn’t true, but it seemed that everyone was queuing up to tell him he’d behaved badly.

First Sam, then Jay (Jamie Borthwick) who caught him looking through his messages to Lewis on the dating app and was ready to assume the worst of him, even though Ben was really just trying to work out whether there was any truth in what Lewis had said.

Jay told him he was risking his marriage and he always messes up when things get serious.

Ben seemed about to tell Callum the truth later on, but Sam had already told him that she saw Ben leaving the Albert in the early morning.

‘I wish I could turn the clocks back,’ Ben told his husband and Callum asked him for the truth. Ben went with Lewis’s earlier story that they’d been clubbing in Soho all night.

Callum knew from Sam that this wasn’t true, and by now Ben seemed to have no energy left to try to organise his thoughts and describe what really happened, and no confidence that anyone would believe him after what Lewis had said. When Callum asked if he slept with Lewis, Ben could only reply with a tiny nod of his head. Callum walked out, leaving Ben absolutely distraught.

EastEnders continues Wednesday May 25 at 7:30pm on BBC One.

You can visit the Survivors UK website here for more information and support on men and non-binary people who have been affected by rape or sexual abuse.