EastEnders spoilers: Frankie confesses to Nancy that she nearly killed her? 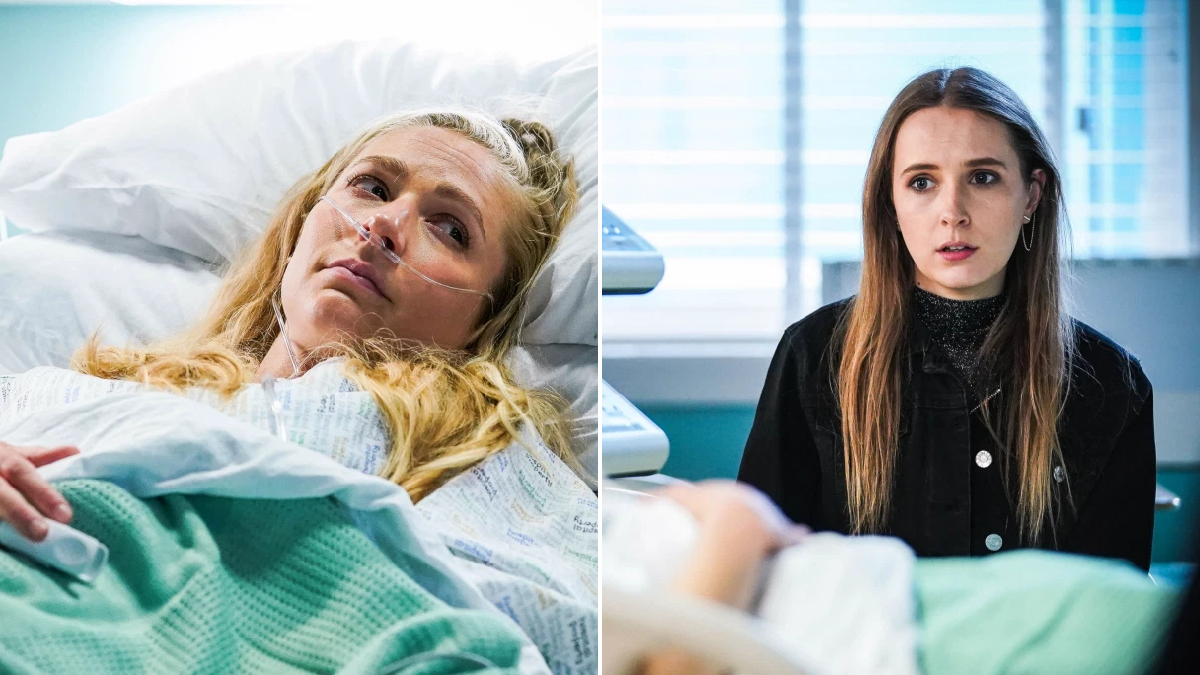 Frankie Lewis (Rose Ayling-Ellis) is tormented with guilt as she visits an injured Nancy Carter (Maddy Hill) in hospital in the next episode of EastEnders – but will she be driven to confess to the truth of her involvement in the accident?

Frankie was driving with Zack Hudson (James Farrar) when the the crash happened and Frankie feared that she had killed her sister.

In an attempt to protect himself and Nancy, Zack persuaded Frankie to cover up the truth.

But as Nancy wakes up and memories start to return of what happened to her, Frankie’s conscience overwhelms her as she sits by her side.

Mick (Danny Dyer) and Linda (Kellie Bright) are delighted that their daughter has come round, oblivious to what has really happened and Frankie fears being cast out of the family unit she has found as a consequence of the lies.

Will she do the right thing and come clean before things get worse and the deceit goes on for longer?

James recently told Metro.co.uk: ‘The panic leads to out of character actions.

‘Zack’s quite courageous but he decides to cover it up to help others, actually – to protect Frankie and not ruin the Carter family dynamic. In true EastEnders form, it will create a huge rift between Zack and the Carters.’

So will Zack and Frankie regret this big cover up.

He smiled: ‘Oh, certainly! You’d think he’d learn from mistakes but I promise you, he doesn’t. Other the next few months he will make it worse.

‘Usually he manages to get himself out of situations but this one I think he has next to no chance.’

But what does this mean for Frankie?

Is her new life with the Carters set to be shattered?

This episode of EastEnders airs Thursday July 8 at 7:35pm and is available on BBC iPlayer now.