Jane Beale (played by Laurie Brett) was forced to leave Walford after Max Branning (Jake Wood) vowed to get revenge for being sent to prison. Bobby Beale’s (Clay Milner-Russell) adopted mother couldn’t bring herself to send him to prison and allowed Max to take the blame for Lucy Beale’s (Hetti Bywater) murder. However, she could be set to return to EastEnders as Ian Beale (Adam Woodyatt) hides his own deadly secret.

Jane was unable to have children of her own after a horrific incident with Stephen Beale (Aaron Sidwell) when he accidentally shot his step-mother.

The businessman’s wife treated Bobby as her son and when she realised he had killed his sister, she covered it up.

Max was in a relationship with Lucy at the time of her death and became the prime suspect.

Ian and Jane finally came clean to the police when Bobby put his step-mother in a wheelchair but by this point, Max had already spent a year in prison.

Read more: How Ian Beale star revealed what he ‘hates most’ about EastEnders 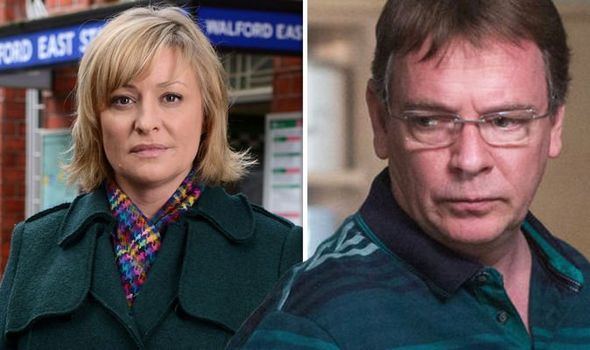 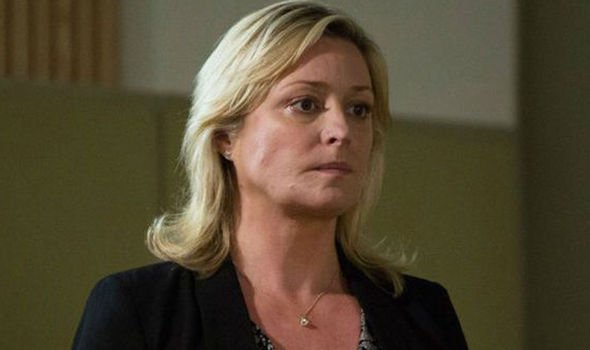 When Max first returned to the Square he pretended he had turned over a new leaf but it soon became clear he had revenge on his mind.

He embroiled Stephen in his revenge plot who ended up dying in a blaze intended for Jane.

Max demanded Jane leave the Square or he would kill Bobby and she hasn’t been seen since.

However, now Ian and Max are business partners and the councillor has his own deadly secret to hide, will she return? 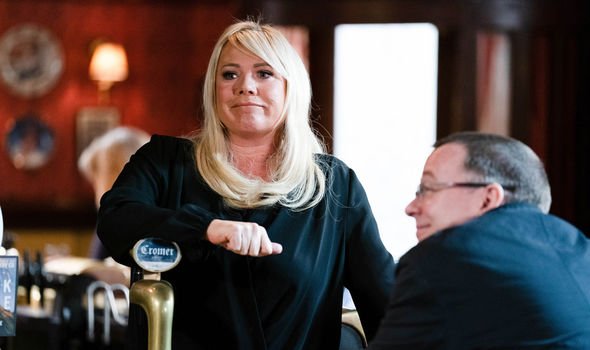 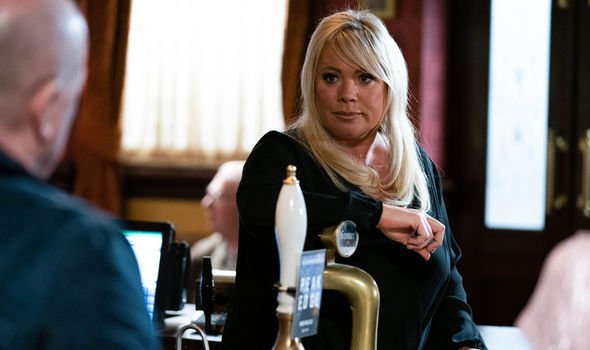 On the night of the Queen Vic boat party, Ian discovered Dennis Rickman (Bleu Landau) was to blame for the horrific attack on Bobby.

In order to teach him a lesson, Ian followed Sharon Mitchell’s (Letitia Dean) son below deck and locked him in a cabin.

But when the boat began to sink, Ian failed to rescue his best friend’s son in time and he subsequently drowned.

During the latest instalment of EastEnders: Secrets From The Square, Adam and Letitia revealed what’s in store for the stalwarts.

Host Stacey Dooley asked: “You’ve bought Sharon the pub, you’re ridden with guilt, you didn’t save Denny for her, how will Sharon react?”

“I think she will be absolutely devastated,” Letitia replied and Stacey asked: “Is this one hurdle they can’t get over?”

“Or does Ian manage to worm his way out of it by justifying it in some way or spinning another lie?” teased Adam.

Explaining why Ian bought Sharon the Queen Vic, he revealed: “He’s got a soft spot for Sharon, and he feels guilty.

“He feels guilty, he’s done it out of guilt and there is probably going to be financial ramifications with lockdown, any money Ian thought he had to buy the Vic, he’s not going to have much of going forward.

“I have had that hinted at, there’s so much uncertainty, we don’t know.”

Jane and Ian have covered up a murder before and the businessman could reach out to his wife over fears he’ll be blamed for Dennis’ death and lose everything.

Will Jane return or could Sharon find a way to forgive Ian for the tragic role he played in her son’s death?

EastEnders is available to watch on BBC iPlayer.