Keanu Taylor (played by Danny Walters) had to walk away from both his children when his affair with Sharon Mitchell (Letitia Dean) was exposed. However, EastEnders fans have predicted a return could be on the cards for the mechanic if Phil Mitchell (Steve McFadden) discovers his daughter Louise Mitchell (Tilly Keeper) isn’t coping well with motherhood.

Louise, Lisa Fowler (Lucy Benjamin), baby Peggy and Phil left for Portugal last year when the family feared they were going to be arrested for killing Keanu.

It was subsequently revealed the mechanic had evaded death but fled Walford for a second time when Sharon ordered him to stay away from her and their son.

In recent weeks, Phil and Sharon have come to an understanding after their plot to kill Ian Beale (Adam Woodyatt) for Dennis Rickman’s (Bleu Landau) death failed.

However, one EastEnders fan pointed out in a Reddit forum that Keanu wouldn’t feel it was safe for him to return home if Phil was still alive. 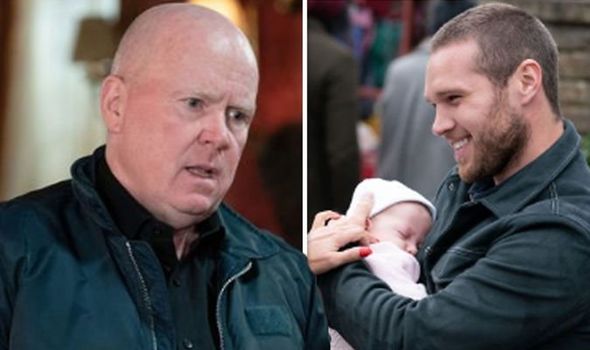 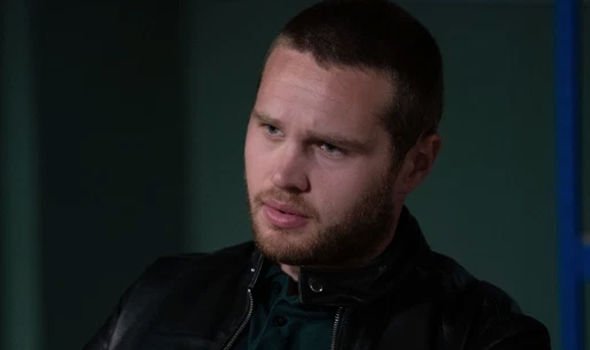 The fan shared a poll asking viewers if they thought Keanu would return to the BBC soap.

The post read: “Lorraine Stanley who plays his mum Karen Taylor says that Keanu can only come back if Phil Mitchell dies.

“What do you think? I personally would really like to see this character make a return.” 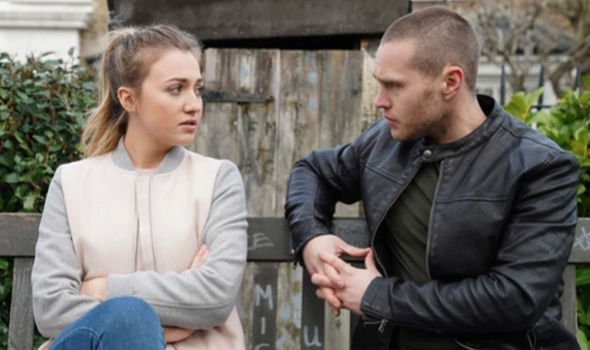 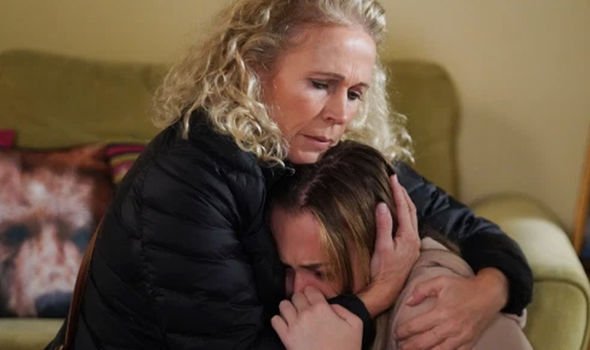 One fan shared their theory on a storyline that would cause Keanu to reach out to Phil for the sake of baby Peggy.

They wrote: “Phil’s anger was understandable, even though violence wasn’t the answer.

“However, Phil is also human, he is no longer with Sharon and has moved on from her quite happily.

“In a few years, he still won’t be Keanu’s biggest fan, but to remain homicidal for that long? That’s not like Phil at all.”

Sharing the theory, the post continued: “Louise has been in contact with Keanu, who has seen his daughter on occasion.

“Louise didn’t want to repeat her parents’ mistakes by trying to keep one parent away.

“Keanu notices things aren’t going well – little Peggy needs help she ain’t getting, and so on.

“Unable to get through to Louise, Keanu takes a huge risk in order to save his daughter’s life, and reaches out to Phil, in hopes he might be able to help talk some sense into Louise.”

EastEnders fans will know Louise struggled to cope with her role in the plot to kill Keanu and suffered a breakdown.

Lisa has a history of mental health problems and helping her daughter raise baby Peggy could prove to be too much for the pair of them.

Could Louise agree to hand over her daughter to Keanu while she seeks help for herself and her mum?

Phil would be devastated to learn Louise isn’t coping with motherhood but may put his differences with Keanu aside to help his granddaughter.

EastEnders continues on BBC One on Thursday at 7.35pm.