Keanu Taylor (played by Danny Walters) and Louise Mitchell (Tilly Keeper) have been spending some time part recently after Louise discovered she was pregnant and her dad Phil (Steve McFadden) had initially paid Keanu to date her.

However this week the pair will put their past behind them and move forward as a couple as they prepare to become parents for the first time.

But EastEnders star Danny has spoken out on his complicated love life and hinted things might not be over for good between him and Sharon Mitchell (Letitia Dean).

Sharon and Keanu shared a secret romance last year and rekindled their spark for a night of passion recently as Keanu came to terms with Louise terminating her pregnancy.

Despite changing her mind at the last minute, Keanu has been kept in the dark so far but a tearful heart-to-heart this week will see Louise finally tell him the truth.

Things won’t be plain sailing for the couple though as Sharon has discovered she is also pregnant and the father could be Phil or Keanu.

Discussing the juicy storyline, Danny said: “We’re building the blocks of a very good storyline its be very interesting for us to play because it has so many layers to it.”

“I think Keanu’s heart does lie with Louise and I think he’s trying to move on with his life and create a good life for himself and with Louise but unfortunately there’s that past,” he told Metro.co.uk at The British Soap Awards.

When asked asked whether Keanu would be temped by Sharon again Danny remain tight-lipped and refused to deny it.

Will Keanu betray Louise one more time and finally be caught in the act? 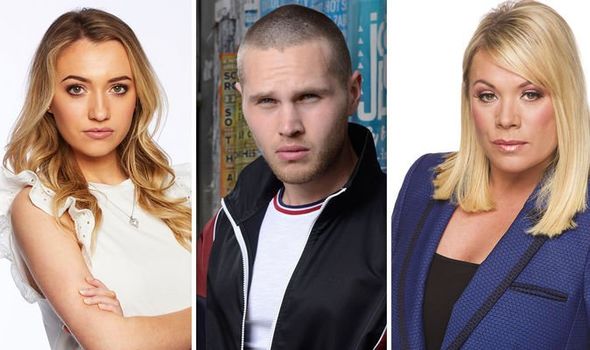 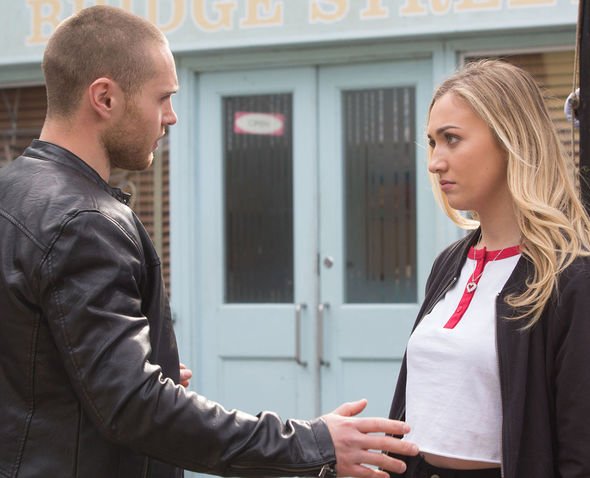 EastEnders star Tilly certainly thinks that how ever the truth comes out it will be an explosive conclusion.

Speaking out on the love triangle, Tilly remarked: “The more drama, the more memorable that reveal episode is going to be.”

Meanwhile Stacey Fowler (Lacey Turner) could be set to flee the Square after a shock custody ruling.

Kush Kazemi (Davood Ghadami) has declared his wish for joint custody of his son Arthur who he shares with Stacey and if the ruling goes in favour of the market trader, Stacey may decide to go on the run.

In an exclusive interview with Express.co.uk, Linda Lamb, solicitor and director at LSL Family Law revealed it was likely joint custody would be granted. 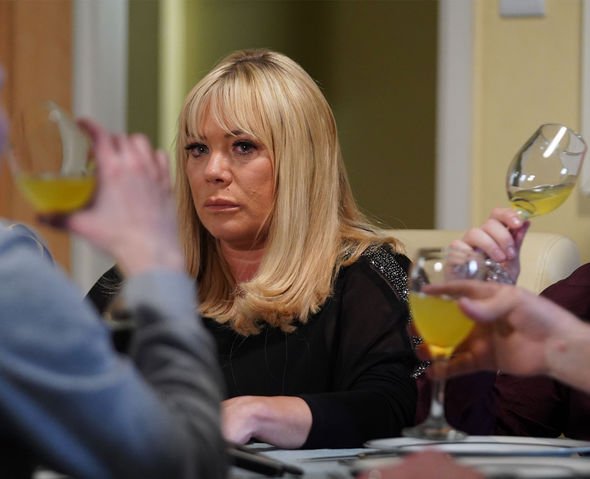 “It is likely that Arthur will spend time with both of his parents. There needs to be an arrangement that is consistent and that works for Arthur,” Linda predicted.

With EastEnders star Lacey leaving the BBC soap on maternity leave shortly, could Stacey be preparing to flee the Square with Arthur?

Stacey’s cousin Kat has tried to smooth things over between Kush and Stacey but relations have remained strained.

Will he blame Kat for failing to persuade Stacey to agree to joint custody?

EastEnders continues Monday on BBC One at 8pm