Leo King (played by Tom Wells) is the son of Tony King (Chris Coghill), the child abuser who groomed Whitney (Shona McGarty) while he was dating Bianca (Patsy Palmer).

Bianca wasn’t pleased to see him at the doomed wedding as he chatted with Tiffany Butcher (Maisie Smith) last week on EastEnders and now it is clear why.

Tonight’s episode of the BBC soap saw Bianca confront Leo after she saw him loitering round the Square once more and his true motives where unveiled.

Bianca was ready to warn him away from herself and her family but Leo told him she had to meet his demands first.

Your dad was a sick paedophile

“I want the truth about my dad, I deserve that. Second, that money my nan gave you, it’s mine. It belonged to my dad so it belongs to me.

“Money and the truth and I’ll leave your family alone.”

“The truth?” Bianca spat back. “Your dad was a sick paedophile.”

“Yeah, according to you and your skank of a step daughter,” Leo raged.

An angry Bianca retorted: “You don’t like it, it don’t matter. It was all over the news, everything he said in court, everything he went away for. So that’s the truth, live with it.” 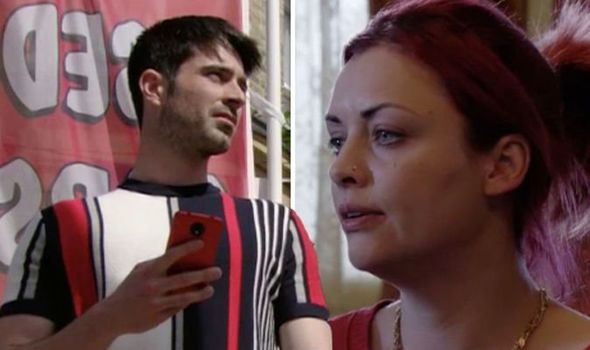 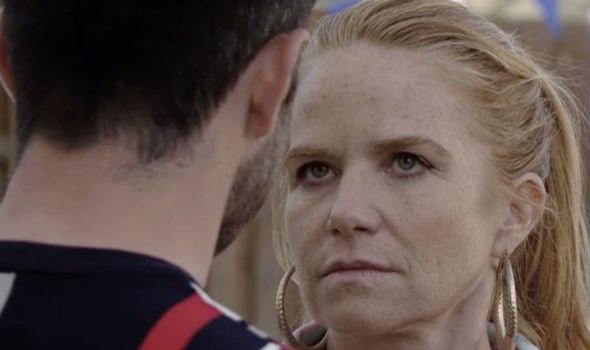 She went on: “Interfering with young girls? The apple didn’t fall far from the tree did it. You’re Tony King’s son, you’re a proper little nonce. You’re not getting nothing from me and my family.”

“I guess I’ll see you around, all of you,” Leo replied.

The soap has revealed that Bianca wasn’t aware Tony had a son until Leo came looking for her some time ago.

He wants to clear his father’s name and get back the cash that his grandparents gave to Bianca after what went on with their son.

While Whitney has now left Walford to go on her honeymoon alone, the reminder of the horrendous abuse she suffered is bound to devastate her when she finds out who Leo is. 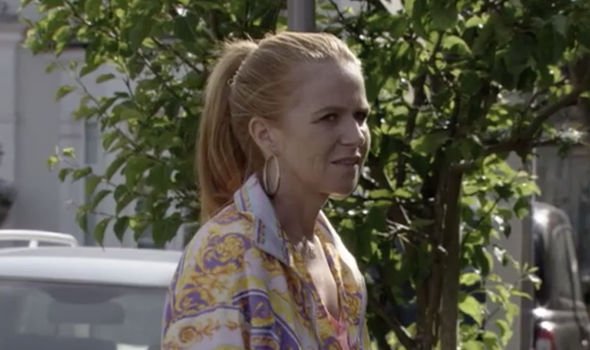 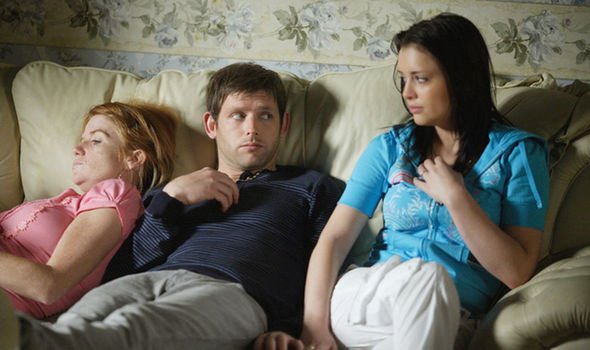 Meanwhile, new EastEnders star Tom has spoken about joining the programme as Leo.

He said: “I’m really excited to be joining the EastEnders team and seeing what’s in store for Leo. He’s definitely a man not to be trusted and I can’t wait to see him settle into Walford, it’s going to be fun.”

Executive producer Jon Sen added: “Bianca’s return sparks a gripping new story with the arrival of Leo King – a dark and misguided figure who has grown up with the stigma of being the son of a convicted paedophile.

“We are thrilled to welcome Tom to the Square, knowing he will bring depth and complexity to the role of Leo, a man who believes his father has been wronged and who will also go to great lengths to prove it.”

EastEnders continues tomorrow at 7.30pm on BBC One.