Lisa Fowler (played by Lucy Benjamin) returned to EastEnders earlier in the year with her daughter Louise Mitchell (Tilly Keeper) and her fiancé Keanu Taylor (Danny Walters). The young couple went on the run after the mechanic was accused of attacking Phil Mitchell (Steve McFadden). However, since their return Lisa has felt as if Phil has been up to his old tricks of trying to drive a wedge between her and their daughter.

The frustrated mum aired her concerns to Mel Owens (Tamzin Outhwaite) who put a plan in motion to get them all out of the country and away from Phil.

Phil and Lisa have a fractured relationship and there’s certainly no love lost between the pair on the BBC soap.

If the Mitchell hard man realises what Lisa is up to, there’s no doubt he’ll confront his estranged former partner.

Speaking to press including Express.co.uk, EastEnders star Lucy discussed the dynamic between the pair. 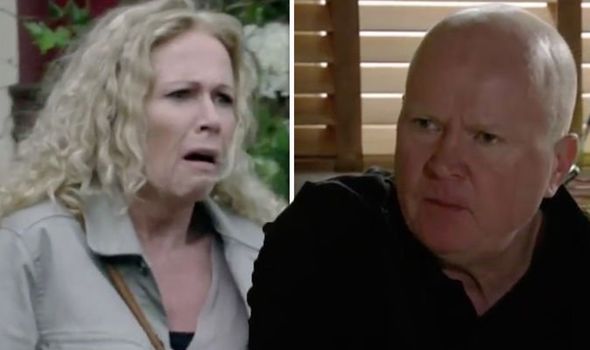 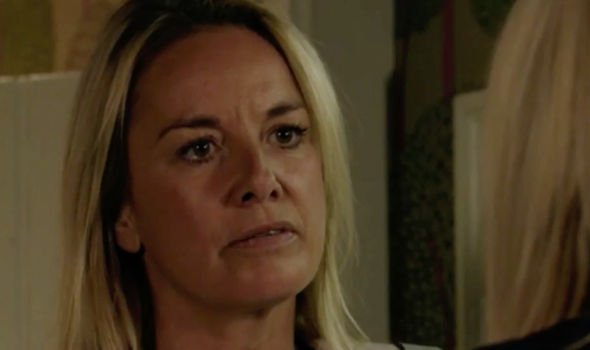 “Well the dynamic is a fabulous one,” Lucy remarked. “They don’t like each other basically.

“For the sake of their child their should be coming together a lot more than they are but they just don’t get each other.”

The EastEnders star went on to admit she can’t see the pair smoothing over their relationship any time soon.

“There’s no future for Lisa and Phil,” the Walford resident continued. 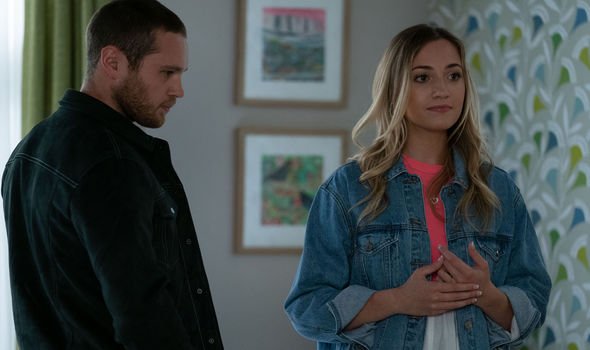 “But the angst and the aggro, that dynamic is really interesting.

“It’s quite real, there are a lot of people who have children together who just don’t get on.”

“That is them through and through, she tried to kill him for goodness sake.”

Lisa was at the heart of Who Shot Phil?, one of EastEnders most highly anticipated storylines.

The dodgy dealer was shot down in 2001 and viewers had a tense wait before they discovered who was behind the attack.

Lucy went on to discuss what’s in store for her character in the lead up to Christmas.

She confessed: “Explosive storylines left, right and centre, all over the place.

“Since I’ve started back I don’t think I’ve had one dull moment, I’m involved in loads of people’s storylines.

“[Executive producer] John Sen and [Head of Continuing Drama] Kate Oates have created something fabulous everyone has been given fantastic storylines to do.

“I’m excited to watch Christmas knowing what’s to come at Christmas, that’s all I can say.”

The market trader took pity on one of Ben’s clients who begged Martin not to take away her money.

However when he realised he had been conned, Martin lost his temper and attacked the men involved with the woman who tricked him.

EastEnders continues Monday at 8pm on BBC One.