EastEnders spoilers: Lisa Fowler in trouble as Mel Owen uses her to scheme against Jack?

EastEnders viewers will know that Lisa (played by Lucy Benjamin) is returning to the BBC soap this year and it looks like her comeback has now been teased.

Mel has been secretly prying around in Jack’s (Scott Maslen) finances while continuing to talk business with him.

Yesterday’s instalment of EastEnders saw her rifling through Jack’s files at his house, looking for financial details.

While she was nearly caught by Max, Mel carefully styled it out.

However, tonight’s episode saw Mel apparently take things to another level as she orchestrated some very shady goings-on.

Something was on her mind as Mel kept checking her watch throughout the episode.

It looked as though she had made a decision not to go through with what she had planned as she ripped up a piece of paper while she walked through the market.

However, a change of heart appeared to be triggered when she saw Jack in the Queen Vic.

Mel was there to have a drink with Max Branning (Jake Wood) as he was trying to convince her to get together with him.

“I think we’d be good together, what have we got to lose?” he questioned. 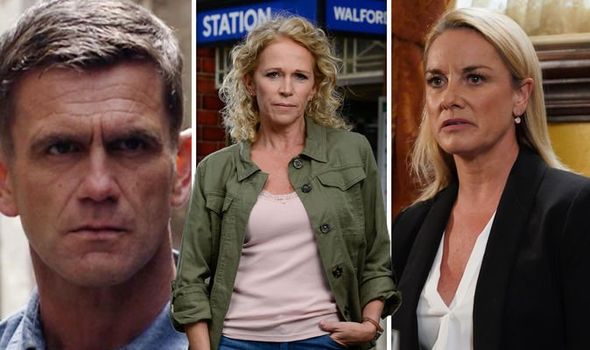 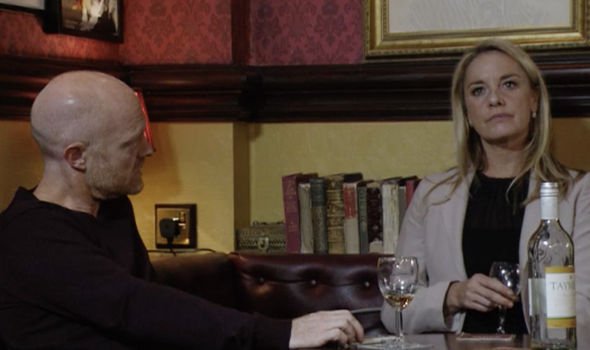 But at that moment, Jack walked through the door with his old police pal, Muski.

It evidently angered Mel as she was reminded of the time Jack called on Muski to help in the arrest of her son Hunter Owen (Charlie Winter).

“You’re right,” Mel replied to Max. “I’ve got nothing to lose anymore.”

She then took off from the pub, leaving Max alone in the boozer.

Mel was next seen in the E20 office where she was on the phone and it was soon revealed Lisa was on the other end.

Mel told her long-time friend: “Yes, I know it’s sudden Lisa but you’ve just got to trust me okay?

“I’m going to send over £75k and I need you to transfer it into an offshore account today.” 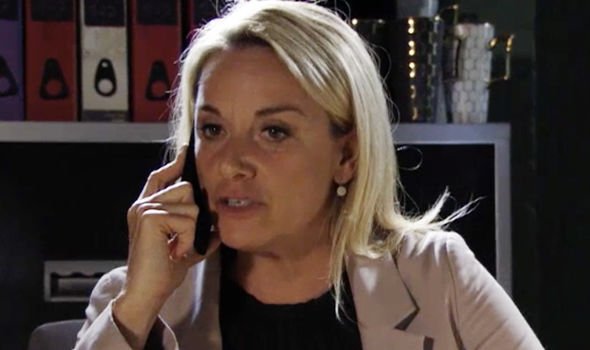 “It doesn’t matter where it came from, can you help me or not?” she continued as it seemed Lisa was expressing doubts on the other end.

“Thank you,” Mel replied, as she also looked toward a photo of Hunter positioned on her desk.

It seems like Mel has stolen money from Jack to get back at him for his involvement in Hunter’s imprisonment.

Lisa is now involved in Mel’s corrupt actions, so could it backfire on her?

She’s set to return to Walford to be with her daughter Louise Mitchell (Tilly Keeper) who is expecting her first baby.

But will Lisa face an enemy in Jack too? Viewers will have to wait and see.

EastEnders continues Thursday at 7.30pm on BBC One.