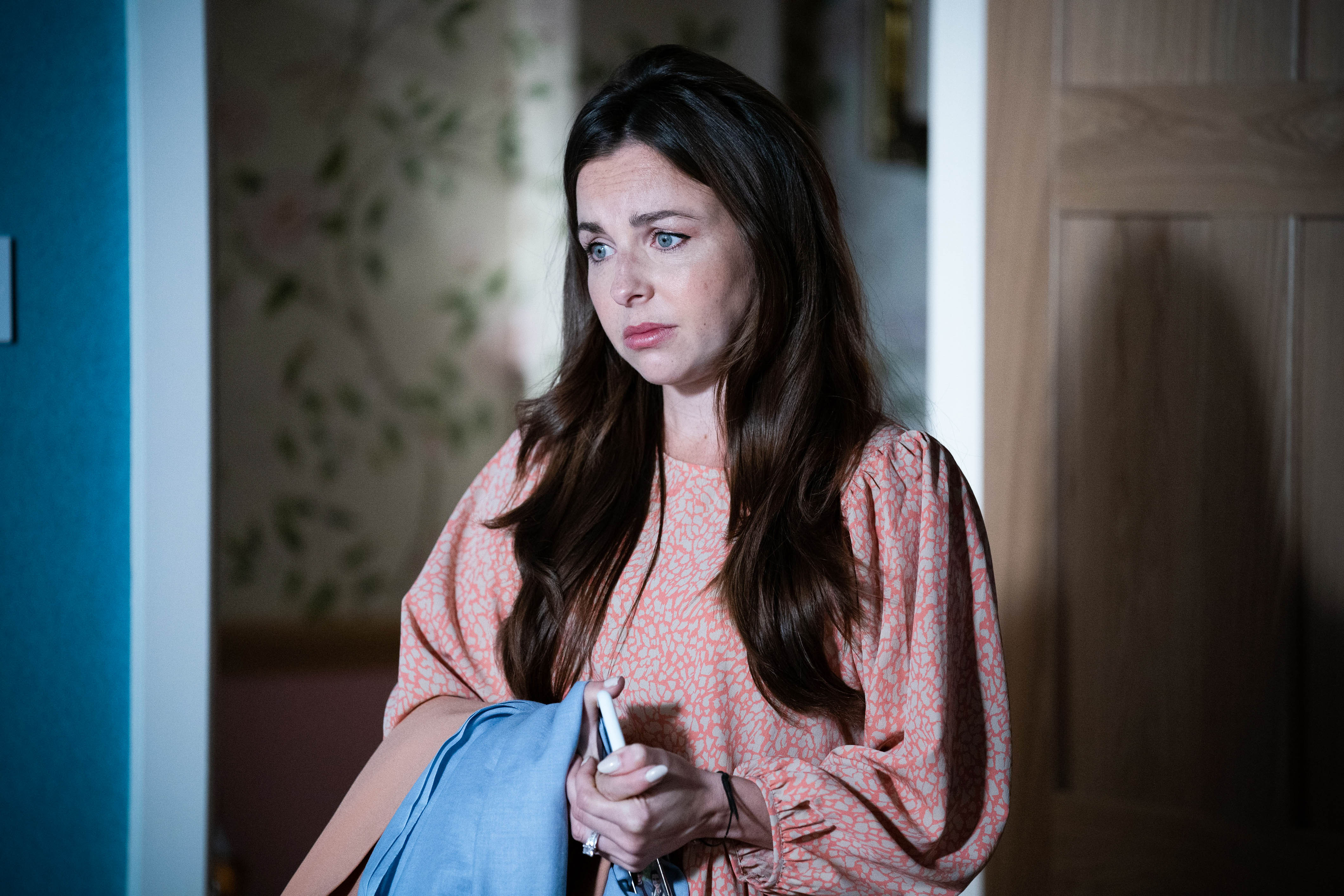 EastEnders star Louisa Lytton has opened up about the meaning behind daughter Aura’s name.

The actress, who plays Ruby Allen on the BBC One soap, welcomed baby Aura last month, and appeared on Loose Women on Thursday (October 7) to introduce her to the world.

Discussing her daughter’s moniker, she said: ‘We had a shortlist of girls’ names and boys’ names, but we forgot about the girls’ names.

‘Ben found it somewhere when we then had her, it was such a shock to the system that we didn’t name her for the first few days because we hadn’t thought about it, so we went back to list and it seemed to be the name that suited her the most.’

Louisa, 32, also revealed that she and fiancé Ben Bhanvra tested positive for Covid-19 shortly after Aura’s arrival, and thus they haven’t received many visitors.

‘Because we got Covid so soon after having her, we’ve had hardly any visitors yet,’ she said, ‘which is a shame, but everyone [from EastEnders] has been in touch and I’ve been sending photos.

‘Now the doors are open, I’m sure people will be coming to visit, which will be really nice.’

The soap star also discussed motherhood and how she’s adapted, telling the Loose Women that she doesn’t think ‘anything prepares you’ for being a parent.

‘I read every book, I spoke to every friend and she’s the best thing that’s ever happened to us, but it is tough,’ she continued.

‘Ben’s been amazing. Even throughout the labour, I was so fortunate to have them there.

‘Obviously there’s been a time where women had to do that on their own, which is horrendous, but since we’ve had her, I am feeding, so that’s pretty much the only thing he can’t help out with – everything else, he’s been amazing. He’s a very hands on dad.’

Louisa wrapped filming on EastEnders several months ago, and her final scenes to-date aired in September, as Ruby Allen was taken away by the police, after her manipulation and scheming backfired dramatically.

However, viewers soon discovered that – in spite of the lies she’d told – Ruby was actually pregnant at the time of her arrest.

Martin Fowler (James Bye), meanwhile, has since felt her wrath, after she evicted him from their home and had Dotty Cotton (Milly Zero) fire him from the club.