EMILY Atack wowed in a black halterneck bikini and matching shades as she enjoyed a cocktail beach day in Marbella.

The Inbetweeners actress, 31, has jetted away for a much-deserved sunshine break and accessorised the striking two-piece with a cream string bag, belly chain and gold bangle. 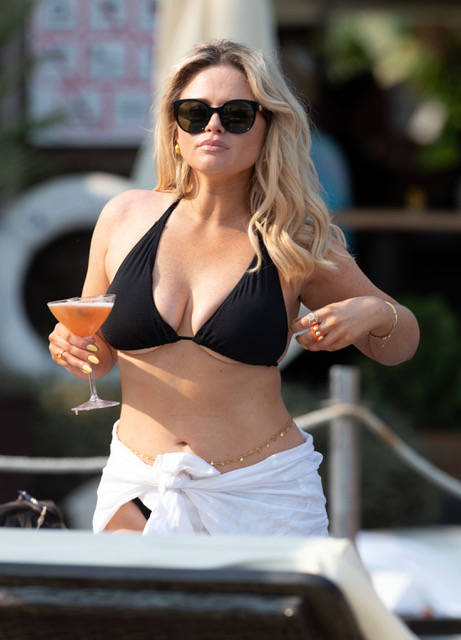 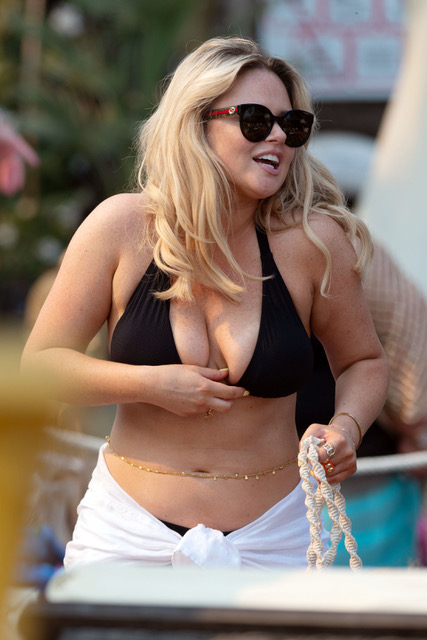 After picking up her orange coloured drink at the Marbella Beach club, Emily was seen nattering to a topless pal in The Sun Online's exclusive pictures.

He was seen placing his hand on her back as he guided her around.

Perhaps having popped to the pool for a swim, she then wrapped a white shirt around her bikini bottoms as she strolled around.

With a beaming smile, she headed for a giggle with some friends at the other side of the lounger area.

En route, Emily showed her playful side as she appeared to dance around with her cocktail.

Earlier in the day, the star had teased her holiday outfit on her Instagram page.

She wore her golden hair in loose waves and placed one hand seductively on her hip.

The TV beauty later shared a photo from her lounger while soaking up the glorious sunshine.

Emily jetted to Marbella after just three hours sleep, having attended the National Television Awards the night before.

The Celebrity Juice star told The Sun at the bash: "I'm being good tonight, I'm only having the one double vodka and coke.

"I'm going away tomorrow to Marbella with my cousins and sister. I'm going to really let my hair down and it's going to be great!"

The I'm A Celeb runner-up looked sensational in a slinky gown at the London awards on Thursday.

Emily was one of the many stars of TV at the NTAs last week, arriving on the red carpet with an old school Hollywood glamour look.

Hours later she jetted to Marbella and posed in a bikini and shades.

She also videoed herself wearing the elegant bikini in the mirror of her hotel room before heading out.

Fans and celebrity pals soon piled into the comments to remark how good actress and stand-up comedian Emily looked.

Emily's Instagram Story told the tale of her arduous trip to the airport with her sister Martha, who is also her manager.

The pair then joined up with friends and jetted off to Marbella on a girls' holiday. 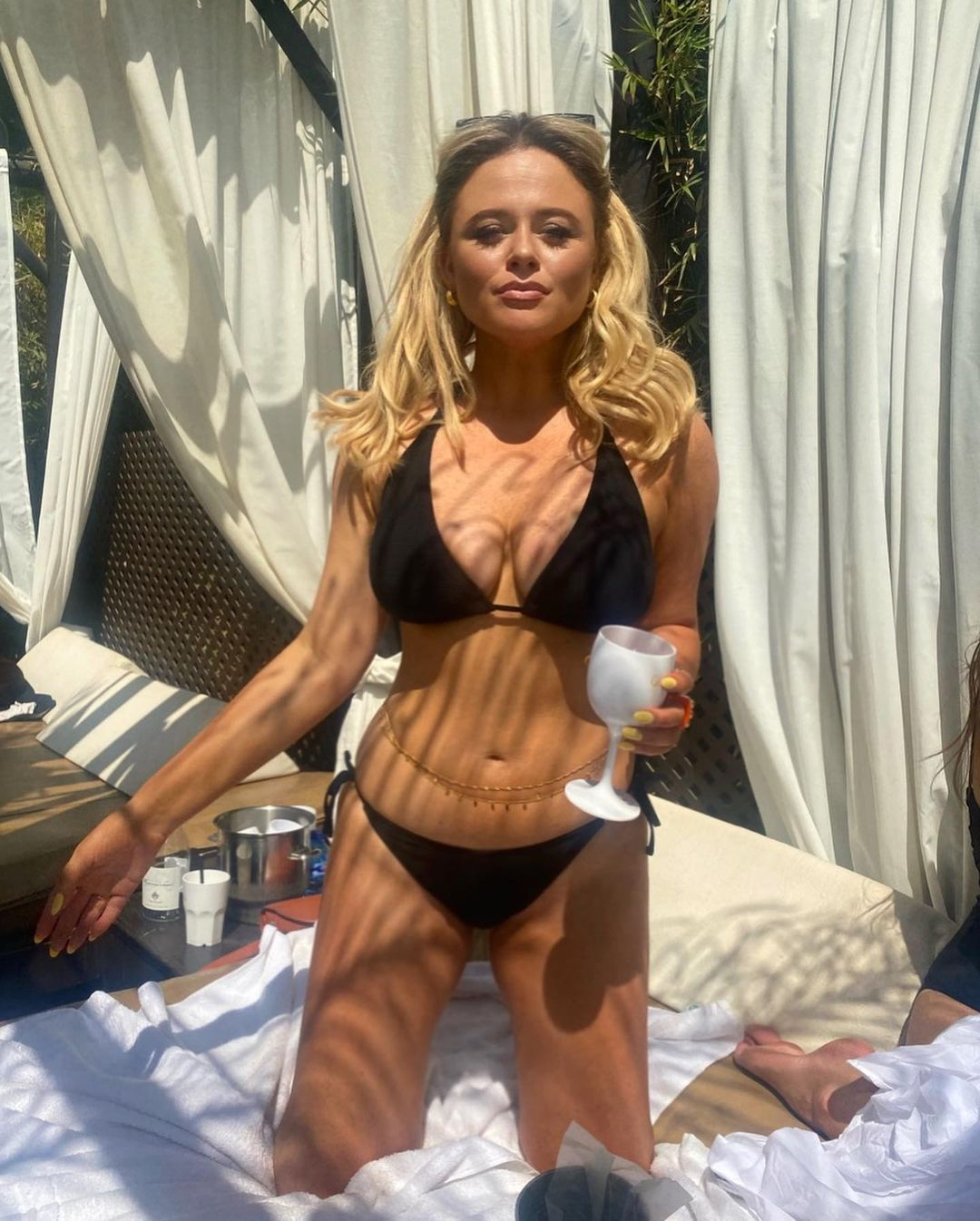 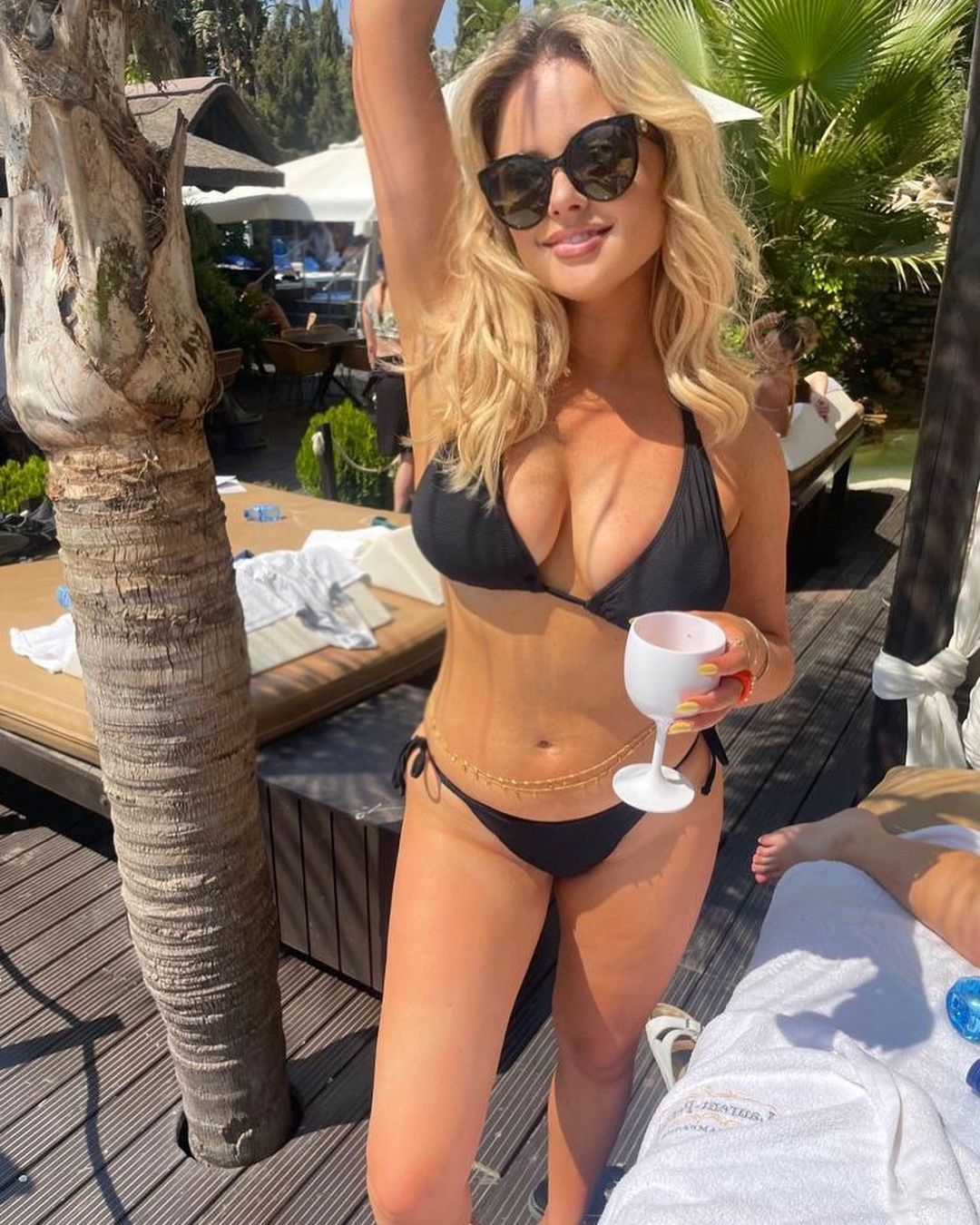 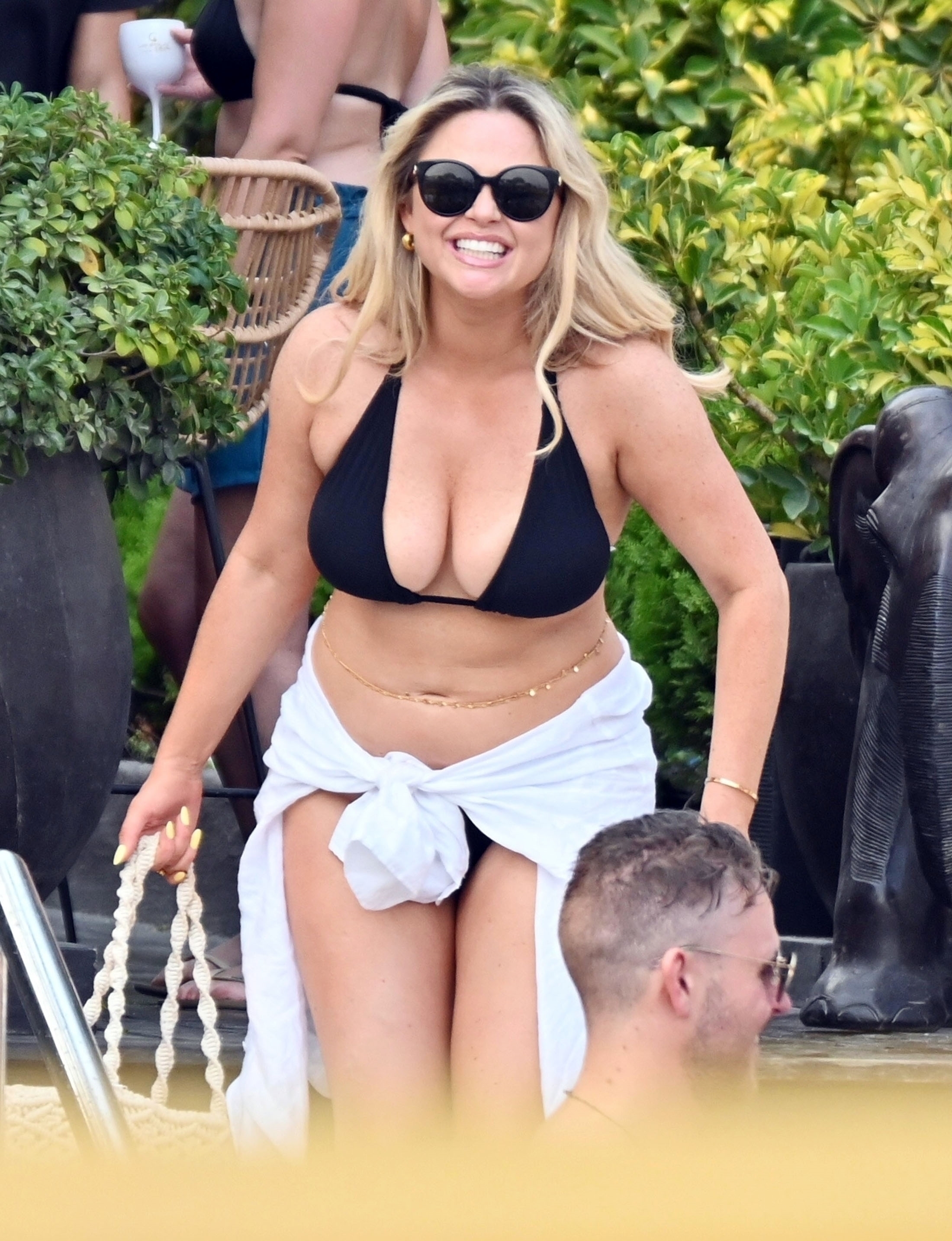 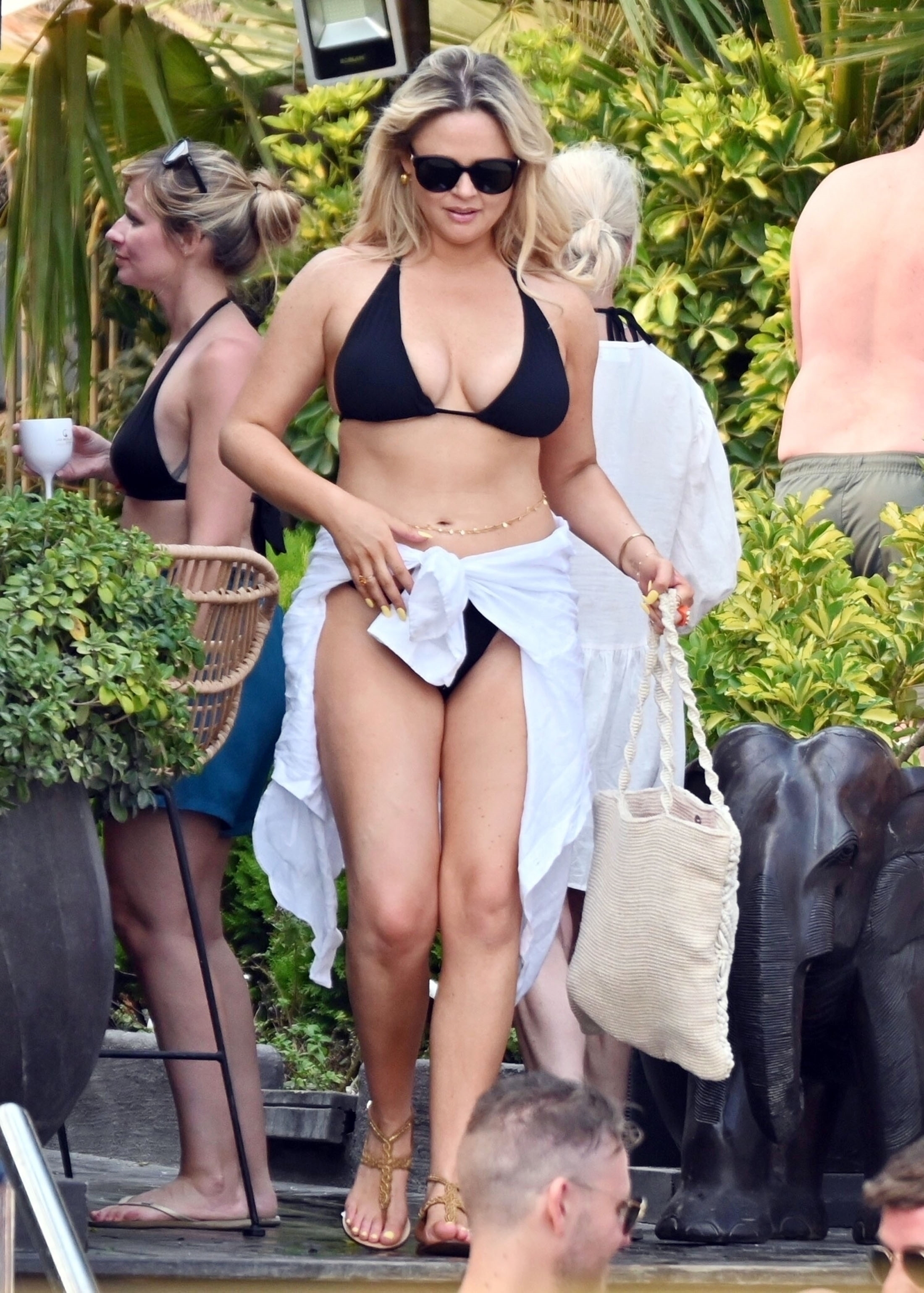 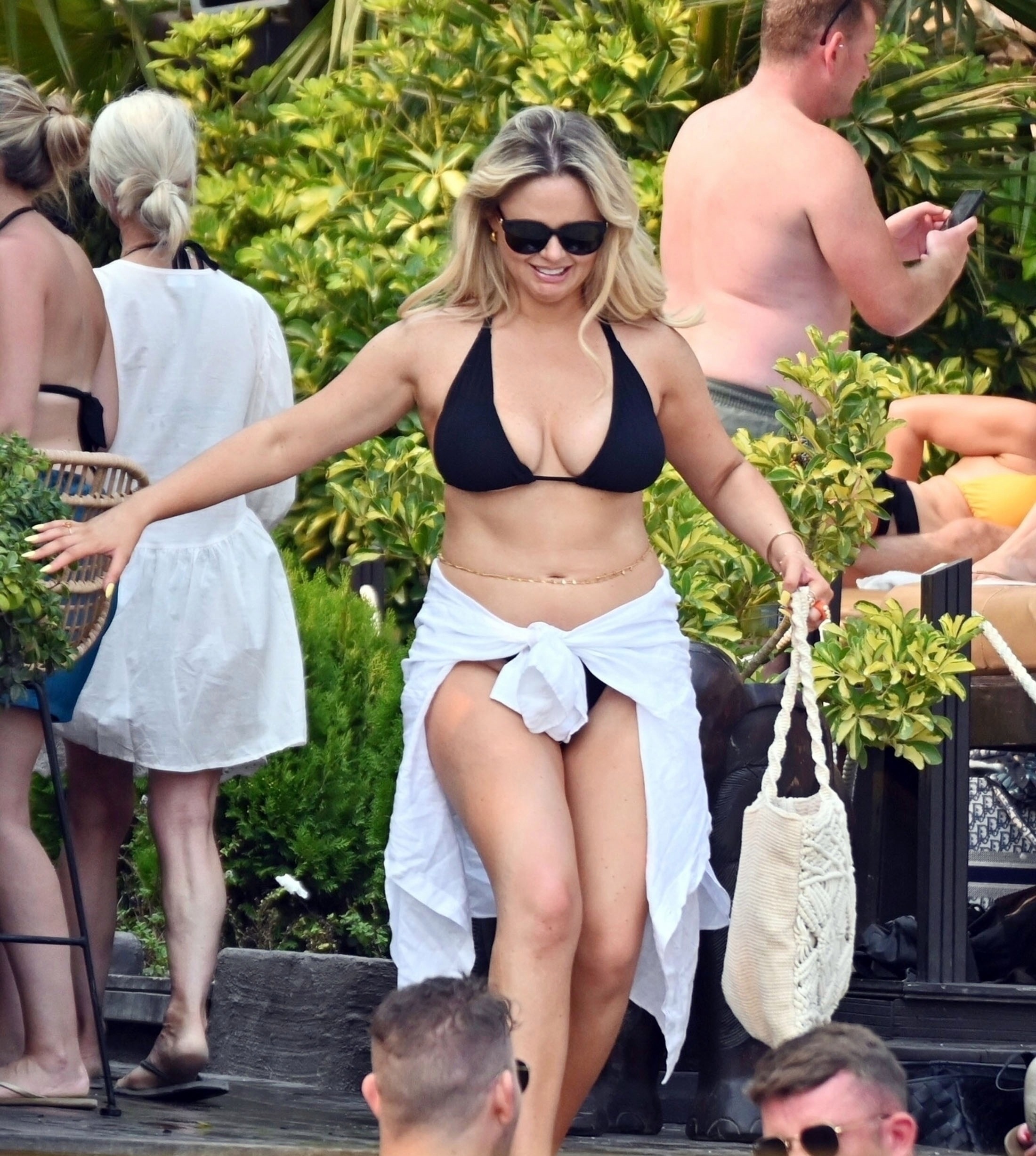 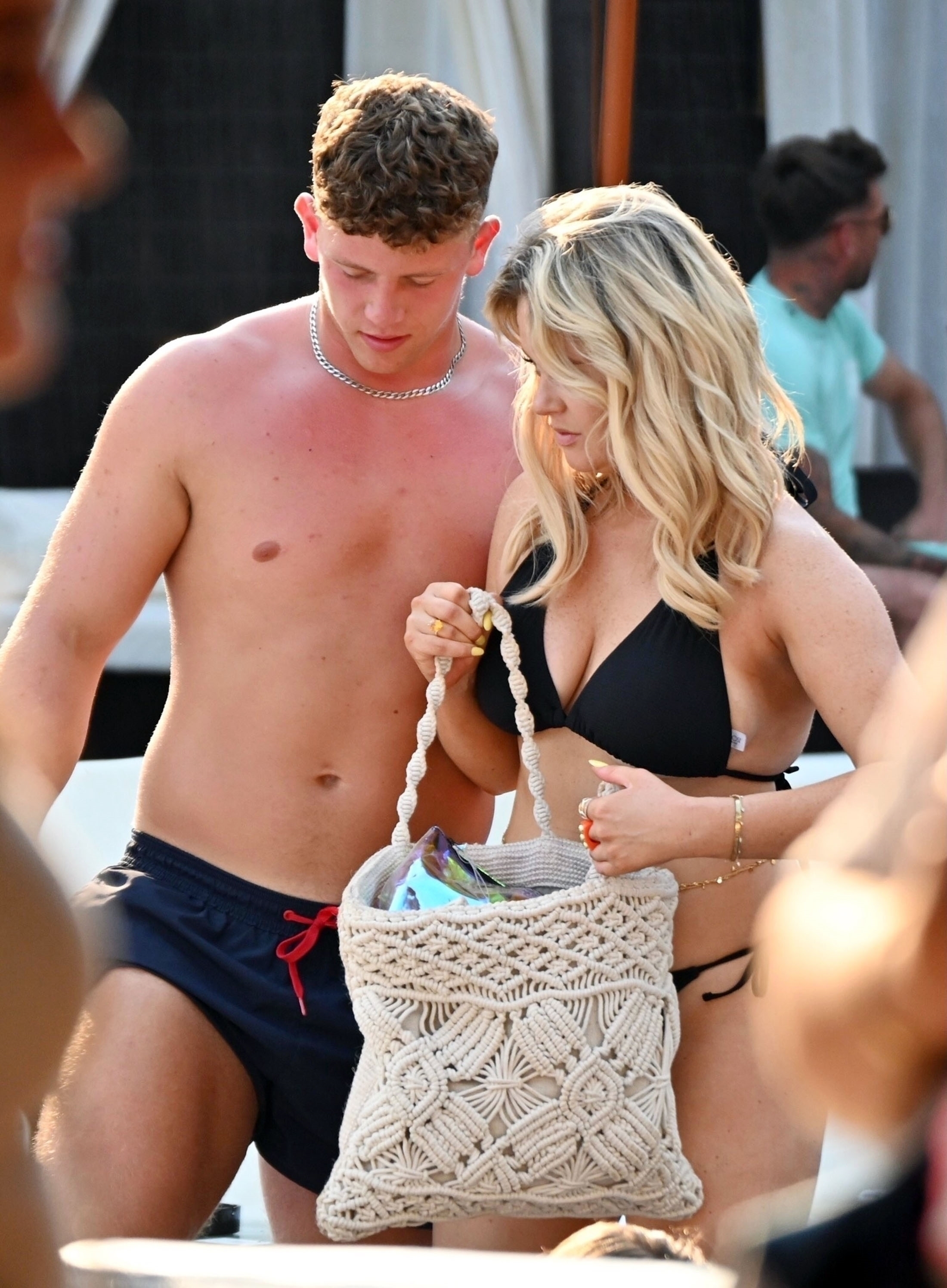 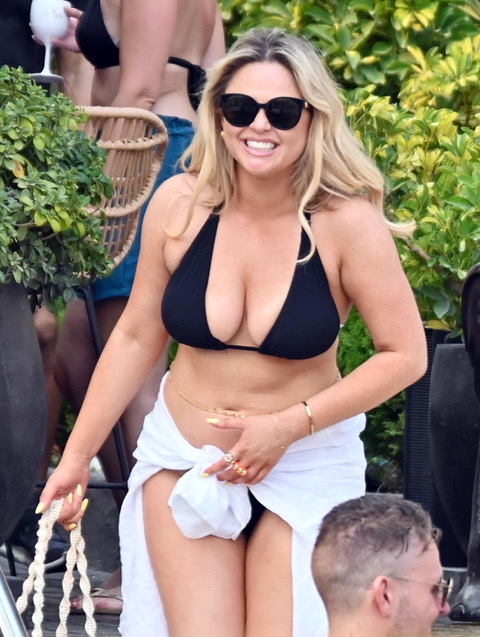 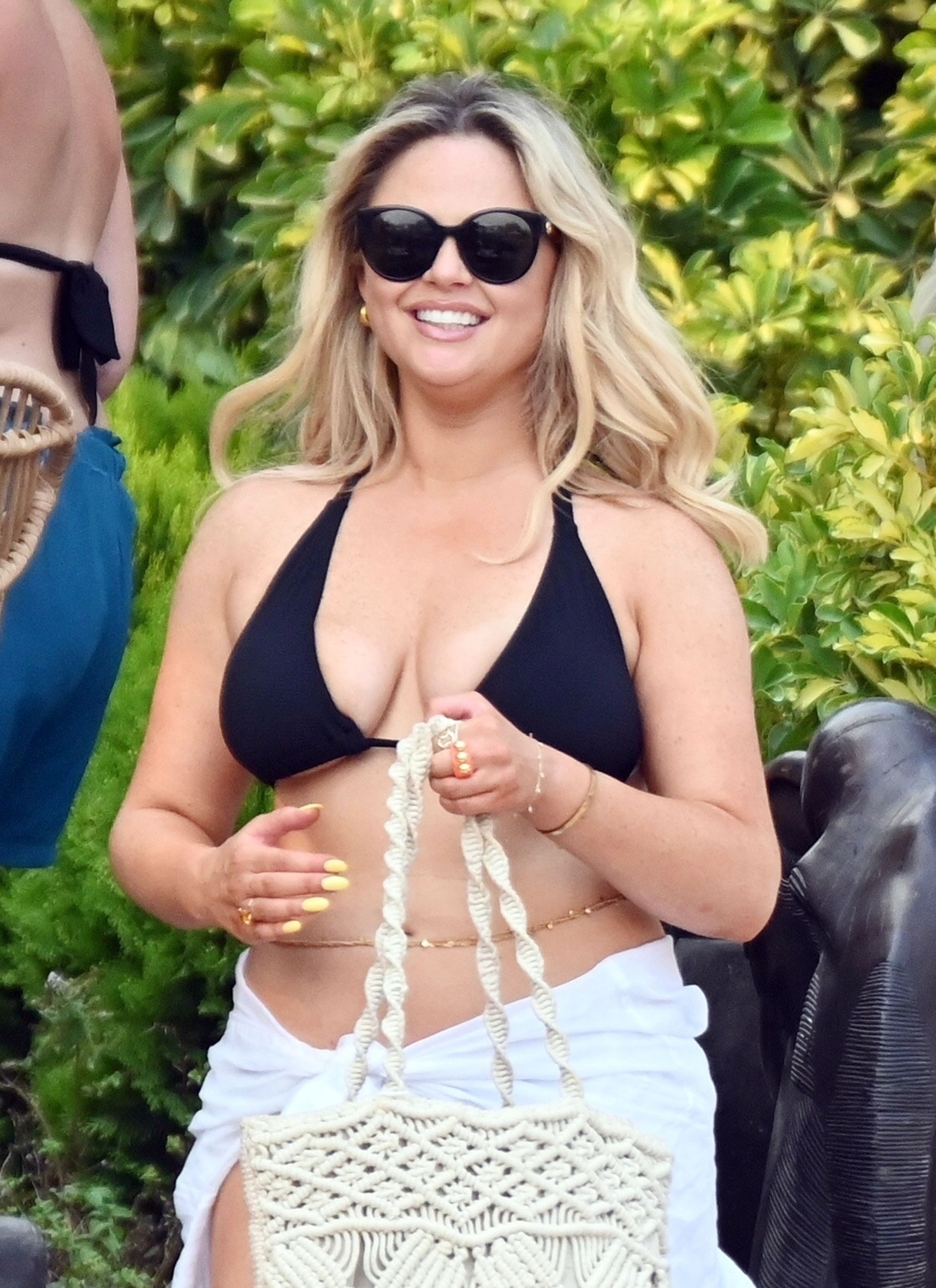