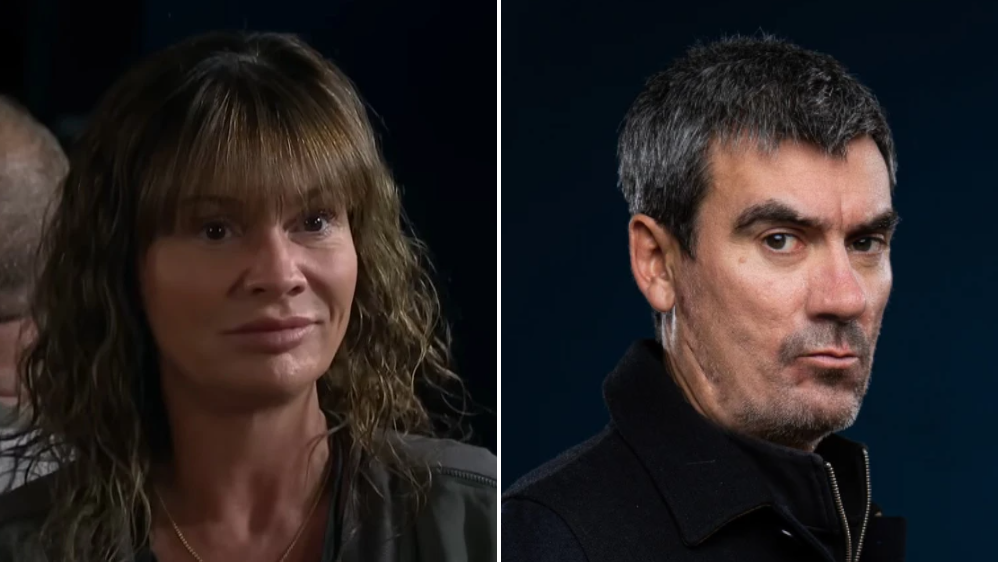 Emmerdale is heading back to the 1990s – and, while a village in Beckindale lived relatively peacefully, unaware of an imminent plane crash the next year, things were tense for Cain, Chas and Faith.

The soap recently confirmed that a secret brother of Cain (Jeff Hordley) and Chas (Lucy Pargeter) was going to turn up.

Having believed his mum Faith to have been dead for 30 years, Caleb, played by Waterloo Road actor William Ash, wants some answers from his jailed sibling.

Cain is not best pleased to see him; and now the soap’s producer Jane Hudson has been speaking to Metro.co.uk about what we can expect – including an episode that transports viewers back in time.

‘Cain – who’s still in prison – will get a visit from his brother Caleb on Christmas Day,’ the boss told us.

‘Will is absolutely brilliant, I think people will fall in love with him. I last worked with Will when I was producing Waterloo Road. When the casting director suggested Will for Caleb I was absolutely transfixed on him playing the part.

‘He said yes and he is absolutely brilliant.

‘When Caleb visits Cain in prison, we will discover that Cain knew Caleb existed. On Boxing Day, we will rewind to 1992 and discover how Cain and Caleb first met, why he rejected him and what went on with Chas during that point.

‘We have three fantastic actors playing the younger versions of Cain, Caleb and Chas – the actor playing Cain studied and did so much research of Jeff, it was so incredible.

‘There was one post in particular where he leans against the wall and we were just like, “that is Jeff!”. It was a brilliant rewind episode and it will explain a lot about their family history.’

Of course, Caleb’s appearance couldn’t come at a more tumultuous time for Cain, who is staggered by his arrival.

Cain is taking the rap for Al’s shooting, but it was his son Kyle who pulled the trigger.

‘As much as Cain wants Caleb to disappear, he’s not going anywhere, he wants to meet Chas and the rest of his family,’ Jane continued.

‘Could he be the answer to all the Dingles’ prayers in regard to cain being locked up?

‘We know Kyle was responsible for Al’s murder – we also know that Emmerdale is the worst place to keep secrets, so we will be waiting to see if that secret comes out and the consequences if that happens.’

Discussing the new arrival, another of Emmerdale’s producer Laura Shaw said: ‘We are absolutely delighted to welcome Will Ash to the Village. It’s fantastic to have such a high calibre and immensely talented actor join our wonderful team.

‘Arriving on screen on Christmas Day, Caleb has to undoubtedly be the most unexpected and shocking Christmas gift Cain and Chas have ever received!

‘Calm and in control, rich and successful, at first glance Caleb is everything his brother isn’t, but will the pair find they have more in common than they thought?

‘What secrets from the past will come back to haunt them and how will the rest of the family react when Caleb strolls into town? His arrival certainly promises to shake things up for the Dingles and make 2023 start off with a huge bang!’

Acclaimed actor Will enthused: ‘I’m thrilled to be joining such an iconic show. Emmerdale is packed full of fantastic actors and I’m really looking forward to working alongside them. Caleb is a fantastically complex character and I can’t wait to get stuck in.’