Andrea Tate (played by Anna Nightingale) returned to Emmerdale last week and has been causing more havoc ever since. Tonight, however, she reached a new low when she attacked Belle Dingle’s (Eden Taylor-Draper) mental health and blackmailed Jamie Tate (Alexander Nightingale). But in a twist, no fan could’ve predicted, did the unhinged mother suggested she is pregnant?

Tonight, the fallout from Moira Barton’s (Natalie J Robb) accident played out as the anguish Jamie was suffering became apparent.

Andrea, however, was determined to carry on as if the hit and run, her vanishing and Jamie’s affair with Belle had never happened.

“Taxi’s booked for seven, you’ll have to do Millie’s tea because I’ve got an appointment at the salon – want to look my best for tonight,” Andrea remarked.

“We don’t have to go out,” her husband argued, but Andrea was adamant: “We need some time alone, Jamie we’ve been given a second chance.” 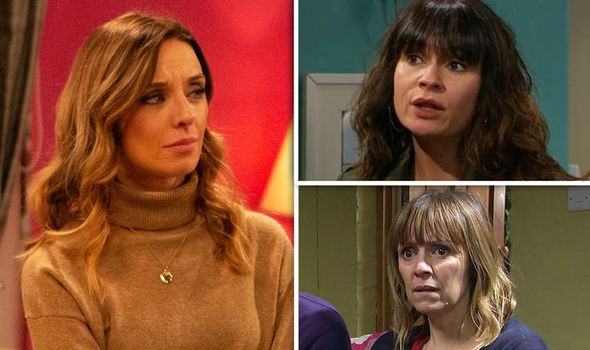 “Moira’s in hospital!” The vet exclaimed, slamming his estranged wife for being so insensitive.

“Yes, and she’s going to be okay. As are we!” Andrea replied. “Jamie you had an affair, it happens. If it wasn’t Belle than it would’ve been someone else. You were stressed, anxious, she was a shoulder to cry on.

“But now, it’s me you and Millie, a proper family. I love you,” she added.

Turning to Andrea, Jamie clearly stated: “I can’t do this. I can’t live a lie any longer, and neither should you! I don’t love you.

“And you know it and frankly I don’t even like you. I used to love you – so much. 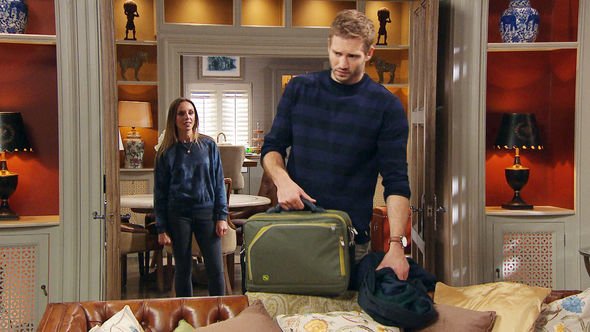 “But the minute I found out about Graham, all that love disappeared.”

But the delusion Andrea was experiencing became apparent: “You might think that’s how you feel, but you’ve been through a lot – Graham, Millie’s paternity, you and me. And now this accident, it’s all very raw for you at the moment. But in a few months time -“

“Nothing will have changed,” Jamie hit back.

“Anything is possible if we work at it, we’ve been apart for so long,” Emmerdale viewers saw Andrea claim. 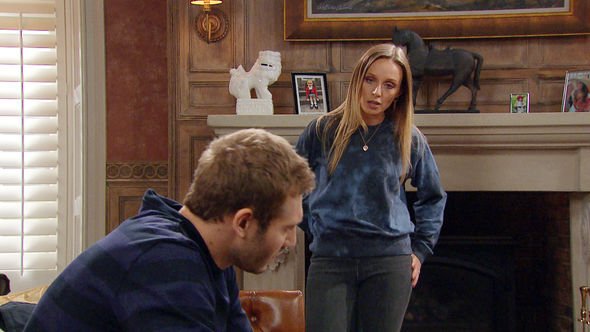 “That’s why you ran isn’t it, you knew how I felt, you knew we were over,” Jamie exposed.

And Andrea avoided the allegation: “Come on let’s go out tonight, we’ll have a few drinks, a bottle of wine! I promise you will feel differently about it in the morning.

“Trauma, it does funny things to people, I can help you, Belle can’t she’s got her own issues – mental health stuff.

“She needs someone who can look after her, burden her with your stuff and who knows, it might be enough to tip her over the edge.

“I don’t want to see Belle go back into a secure unit and I’m sure you don’t,” the mother of one remarked.

“That’s a low blow – even from you,” a stunned Jamie replied.

Begging him, Andrea continued: “You’re not thinking straight, you might believe you don’t love me now, but you do!

“Jamie give me six months, I can get us through this, we will be stronger than ever before.“

Why did Andrea suggest six months to fix their marriage? Perhaps this has something to do with her already being pregnant and possibly expecting the child in half a year’s time….

Emmerdale airs Monday, Wednesday and Friday at 7pm on ITV.