Emmerdale’s Nicola King (played by Nicola Wheeler) previously joined forces with Mackenzie Boyd (Lawrence Robb) to earn some extra cash. But when tragedy struck, it seems the counsellor decided to leave the dodgy dealings behind. But, according to official soap spoilers, in an attempt to raise cash for her and Jimmy King’s (Nick Miles) custody case, as well as Jimmy’s court case after the truck crash she has partnered up with the crook once more. However, it seems future scenes will see Jimmy and Nicola’s relationship take a drastic turn – and not for the better.

It’s been a bumpy road for Nicola so far and in upcoming scenes of Emmerdale she’ll be teaming up with Charity Dingle (Emma Atkins) to betray Jimmy with a bad business plan.

Nicola wants to trick her husband into signing over half of the business to Charity in order to raise some cash.

Jimmy, on the other hand, is too busy dealing with the aftermath of his crash which subsequently killed Paul Ashdale (Reece Dinsdale).

In upcoming scenes, he is invited to the police station for questioning and is delighted the case is making progress. 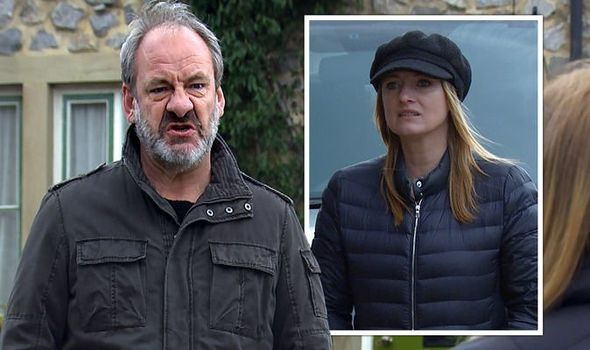 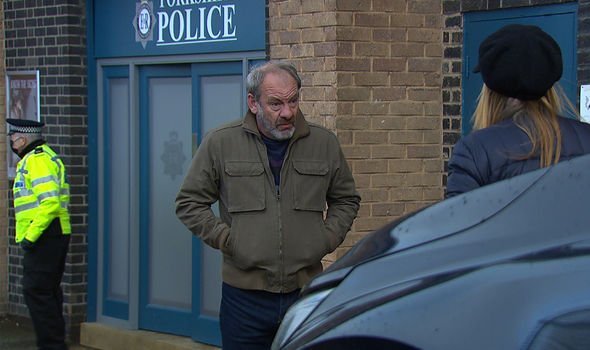 However, his excitement is premature when he has to explain to his wife he’s being charged with death by dangerous driving.

At the scrapyard, Charity makes it clear to Mack she’ll be taking charge going forward and Aaron Dingle (Danny Miller) becomes suspicious of what they are up to.

And it isn’t long before Aaron airs his concerns to Jimmy and the haulage drive confronts Charity.

In true Charity style, she shifts the blame away from herself and calmly tells him it is Nicola he needs to talk to and he is shocked to find out his wife was the one who conjured up the idea. 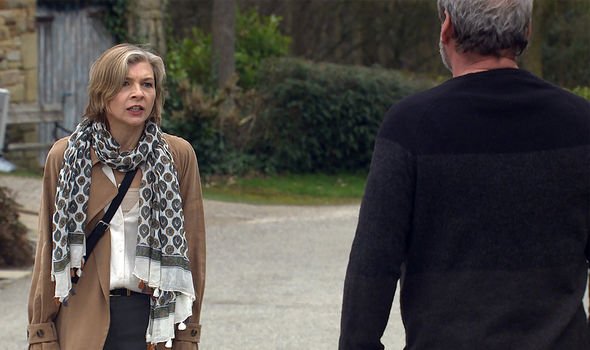 And just when they didn’t need her to arrive, Juliette Holliday (Amelia Curtis) appears and in a blind rage, Jimmy kicks her out of the house as their son, Carl watches from his bedroom window.

The morning after, it’s clear Carl is struggling with all the drama and upset.

And this leads to Nicola pleading with Jimmy for them to pull together but he makes a declaration.

Jimmy’s been through a lot recently, so fans can only speculate about what he could say to Nicola.

Is he asking for a divorce? Or perhaps he is going to take a guilty plea when it comes to the court case for dangerous driving thus leaving his family in the Dales as he heads for court?

Nick Miles, who plays Jimmy, recently spoke to Express.co.uk and other press about whether Juliette’s involvement in his life will tip his character over the edge.

He said: “Seeing Jimmy under this pressure, with the fear that he might have his child taken away from him, is extraordinarily tough.

“Jimmy is the archetypal family man because he was desperate to have children for years.

“They’re the most precious thing in the world to him, so this is just devastating for Jimmy. It’s my favourite storyline ever, to be honest,” Nick added.

“Juliette is Carl’s birth mother and she did bring him up for a while, so it’s complicated.

“But I think it’s easy to see Juliette as the villain because of the way she’s behaving. She’s not being straightforward, she’s being underhand and she’s trying to wreck things for Jimmy,” he remarked.

Emmerdale continues on tonight at 7pm on ITV.