Emmerdale star on whether Robert should return for 50th anniversary 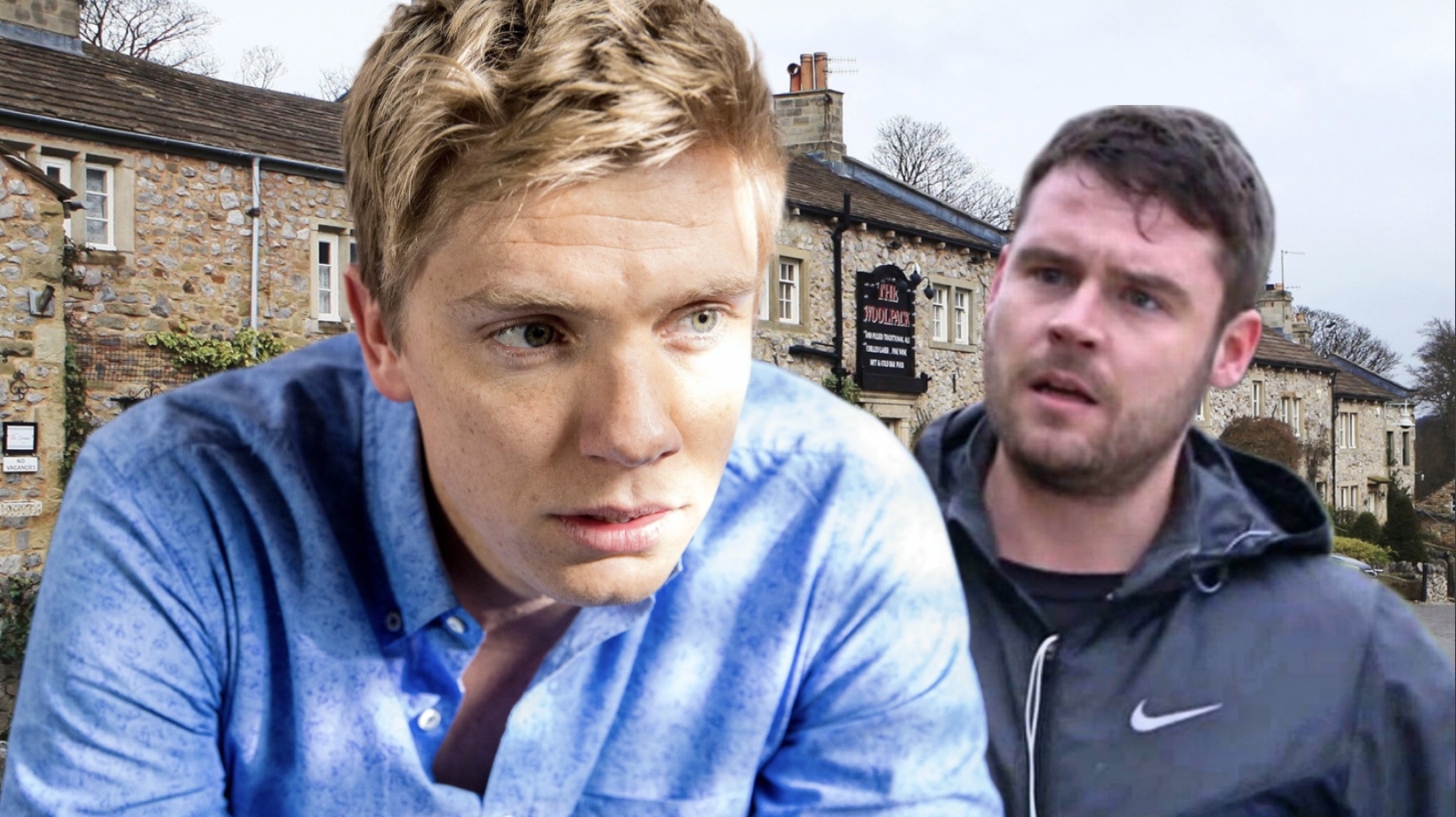 For many, Aaron and Robert’s storyline will be one they will remember forever. The couple were given the ship name ‘Robron’ and faced many challenges while they were both in the village, with things coming to an upsetting end when Robert was arrested.

After they learned that evil rapist Lee (Kris Mochrie) had died of the head wound that Robert had inflicted on him, he and his husband tried to go on the run.

However their getaway didn’t go as planned as, in emotional scenes, Robert ended up turning himself in to the police in an effort to save his true love from a life on the run.

Robert was then sentenced to a whopping 14 years behind bars, moved to the Isle of Wight, and cut off all contact with Aaron.

In recent years, this storyline was revisited thanks to Luke (Max Parker) – Lee’s brother.

Luke confessed that he attacked Lee moments before Robert arrived, leaving Wendy (Susan Cookson) to wonder if he was partly to blame for his brother’s death.

However, because no-one could prove Robert wasn’t responsible, he remained behind bars which also coincided with Luke’s exit from the village.

As Aaron prepares to head back to the Dales as part of the soap’s anniversary celebrations, Danny Miller has been reflecting on his history with Emmerdale, most iconic storylines and whether he’d like to see Robert in the near-future.

‘Yes, it would’ve been nice [to see him for the 50th]. Jane and the team and she mentioned there was going be a lot action packed stuff for the 50th, which there is, but I was on holiday at the time and I kind of imagined there’d be some crazy action thing just to really step outside, that it would be some action packed thing where maybe Aaron could turn up and kidnap Robert out of prison, it was just stupid talk, I was actually telling Ryan about it!

‘It would’ve been really nice to have him back but it’s near impossible!’.

‘We were talking about on-screen couples on a podcast not so long ago’, Danny adds.

‘I think icons isn’t the right word, but I can’t think of anything else, maybe role models? Robert and Aaron led a relationship that was represented by so many people out there and it really helped change some people, people still tell me that now.

‘It was always going to be a question I was asked, how’s Robert or where’s Robert when people ask you in the street but yes, they were a great soap couple, and it was nice to be a part of and to share it with Ryan.’