Chloe (played by Jessica Elland) has been trying to get over her stalking ordeal which Noah Dingle (Jack Downham) put her through a few months ago, in the past couple of weeks on Emmerdale. Next week, she will have to confront him as he returns to the ITV soap following a spell in prison for the crimes he committed against her. However, the young woman could have another problem to deal with as Al Chapman (Michael Wildman) prepares to silence her after uncovering his affair with Chas Dingle (Lucy Pargeter).

The drama continues in next week’s episodes as Chas is excited to get a message from Al to tell her he is back in the village.

They kickstarted their affair a couple of weeks ago but for the past few episodes, the villain has been missing from the drama.

As he arrives at the café to meet with his secret lover, he is completely unaware his partner, Kerry Wyatt (Laura Norton), is walking in behind him.

Having also not seen him for a while, Kerry is desperate to spend some alone time with her man but he is focused on meeting with Chas.

With Al having to work around his relationship, he later goes to the pub and arranges another meeting with the bar manager. 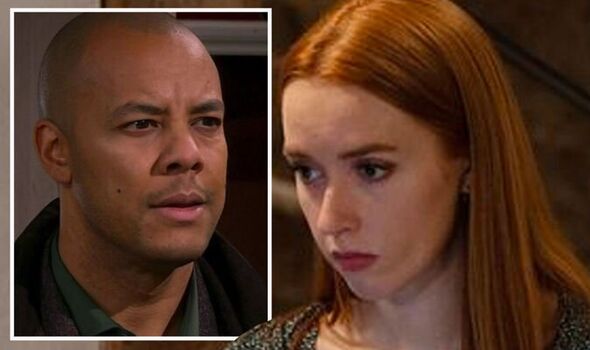 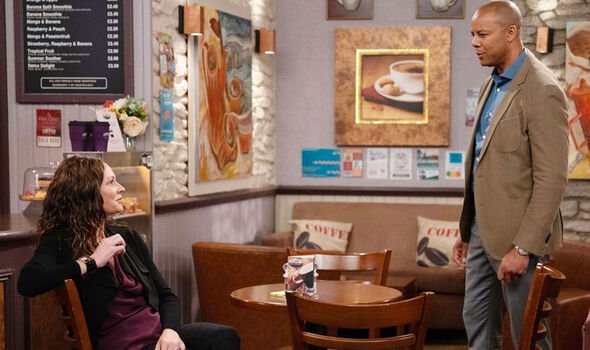 However, they are careful to not get caught as Paddy Kirk (Dominic Brunt) stands metres away from his wife, oblivious to the fact she’s cheating on him.

Needing to get away from the village, Al calls a hotel and asks to book a room out so he and Chas can enjoy some quality alone time together.

He is completely unaware Chloe is listening in and it’s not too long before she rushes to Kerry to tell her what she thinks is a surprise for her mother figure.

Getting all dressed up, Kerry waits for Al at the hotel reception, unaware he is upstairs with one of her neighbours and friends.

Al and his mistress enjoy a passionate afternoon together but as they go to leave, the villain tells Chas to wait until the coast is clear as he spots Kerry. 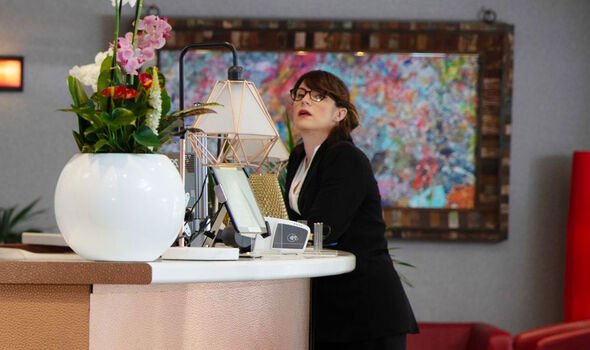 Looking for something he’s not getting

Having waited around for long enough, Kerry asks at the reception to see if an Al Chapman has actually booked a room and they explain there is no one on their system under that name.

With Al and Chas having got out without being spotted, Kerry marches back to the village to confront him about what he was up to.

She could explain Chloe overheard his conversation and she was deeply disappointed when he didn’t follow through with the surprise.

Not wanting his affair to be exposed, Al could tell his girlfriend how he was booking a hotel for a business meeting next week.

The villain would manipulate her into thinking Chloe is the one to blame as she jumped to the wrong assumptions about him. 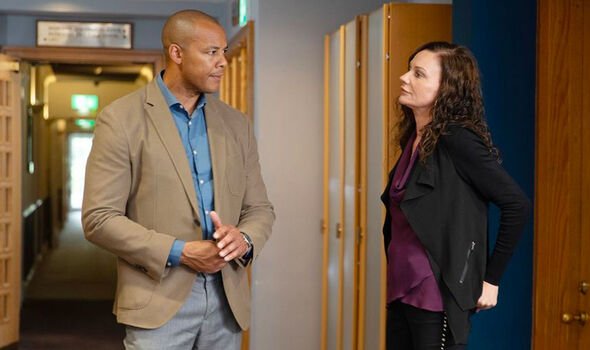 Kerry would have to have a word with Chloe, not happy the young woman had been earwigging on her partner’s private conversation.

What could make her angrier is Al could claim Chloe has been showing an interest in him recently and he thinks she has a crush on him.

He could tell his girlfriend this was the youngster’s way of trying to get them to split up by causing an argument between them.

Unable to have her surrogate daughter jeopardising her relationship, Kerry would ask Chloe to leave and never come back.

Although Chloe would try to tell her Al is lying, Kerry would not believe her as she would be fully under Al’s spell.

With nowhere to go, Chloe could make plans to leave the village and start a life elsewhere as she knows she has lost all hope of reconciling with Kerry.

Chloe could go and live with Sarah Sugden (Katie Hill), but she lives under the same roof as her stalker Noah, who is being released from prison next week.

Packing her bags, Chloe could bid farewell to the village after just a year of being a part of the drama but is the last viewers will see of her?

Speaking to Express.co.uk and other media, the actor who plays Al, Michael, addressed how his character feels about his relationship with Kerry.

The soap star said: “I doubt very much he is going to come clean. I mean there might be a time he does come clean to someone he has cheated on.”

Michael continued: “But I don’t really know at this point in time.

“He gets to a point where he’s looking for something he’s not getting in his current relationship that he’s in,” the actor added.

“And there is where he always goes wrong and at that moment in time, that is when Chas comes along and she offers him the type of comfort and support he’s not getting somewhere else.”

Will Kerry ever discover Al has lied to her and will she want to mend bridges with Chloe when she realises the young woman wasn’t lying?