The Colombian reporter was pinned to his desk by the force of the blow as his shocked ESPN Sports colleagues looked on in horror. Mr Orduz miraculously managed to emerge from the accident unscathed apart from some bruises and scrapes. Hair raising footage shows the moment the TV screen come free from its wall mounting and slammed straight on top of the news anchor from behind.

The incredible clip shows Mr Orduz sitting on the far-left of an ESPN panel commentating on a football match, oblivious to the danger hanging over him.

Seconds later the camera abruptly cuts away but not before viewers saw the giant TV Screen topple onto Mr Ordus and the main presenter look over with alarm.

A couple of moments of silence followed as the panel and news crew recover from the shock before cutting to an advert break.

Amid concerns from millions of viewers, Mr Ordus later posted a video online to assure his 12.5k followers that he had managed a close escape. 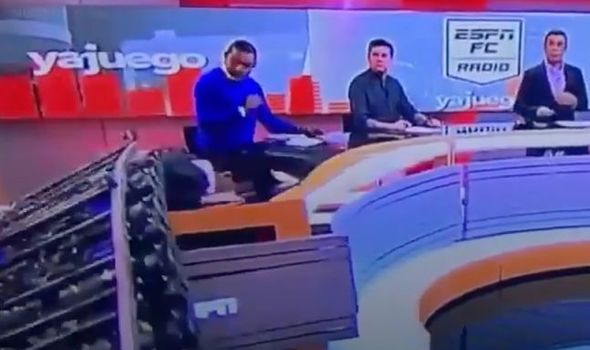 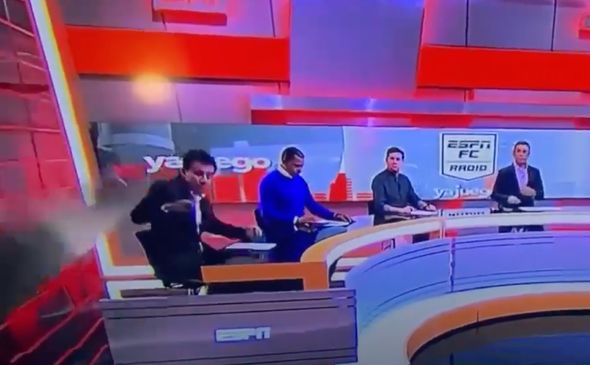 How the news anchor was able to emerge from the wreckage of the set relatively unharmed is not clear but Mr Orduz thanked fans for their concern.

He wrote: “With regards to the incident that happened at the beginning of our programme on ESPN Radio.

“I’ve been checked and nothing has happened apart from the shock I suffered.” 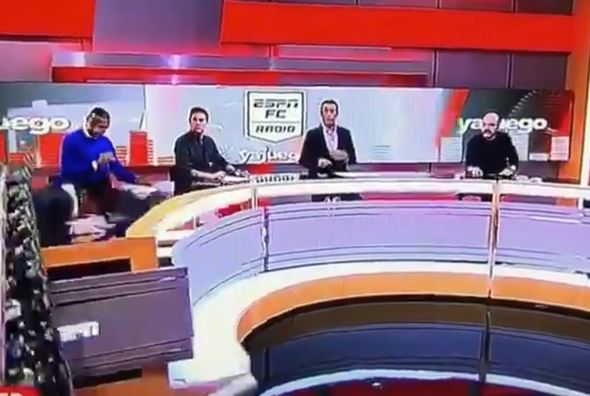 He continued: “I appreciate your messages of support.”

“To those who wrote to me and greeted me about the accident last night, I must tell you that I am fine.

“Thank God after the medical check-up, the respective examinations, any issue was ruled out.

“Only a bruise and a blow to the nose (no fracture). Greetings and thanks.” 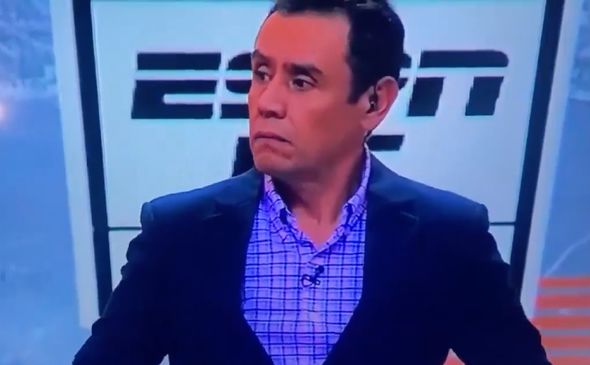 The message was met with relief from Mr Orduz’s followers and fellow journalists.

Many replied to the presenter’s statement with shock and astonishment he had emerged from the incident so lightly.