Disney’s Marvels Eternals based on the 1976 Jack Kirby characters struck up $9.5M on Thursday from previews that began at 6PM, the third best preview night of the pandemic behind Disney/Marvel’s Black Widow in early July ($13.2M from showtimes that began at 5pm) and Sony’s Venom: Let There Be Carnage ($11.6M from 4pm).

It’s another great result which indicates the ongoing rebound of cinema after a robust October that rang up the best monthly domestic B.O. of the pandemic with $638M; and a fantastic start as we enter the two-month period of holiday moviegoing.

Eternals’ Thursday is also ahead of Disney/Marvel’s Shang-Chi and the Legend of Ten Rings which grossed an $8.8M Thursday night. Eternals is also slightly ahead of MCU pre-pandemic November Thursday nights Doctor Strange ($9.4M) and Thor: The Dark World ($7.1M).

Like with any superhero movie the question is how front-loaded is it, but that’s an ever bigger headscratcher with Eternals as it’s the worst reviewed MCU title at 49% Rotten, not to mention it has a 2 hour and 37 minutes running time. Bad reviews didn’t stop the Venom movies from reaching great openings, the first movie with $80.2M opening domestic and the latest Venom 2 holding the best opening during the pandemic with $90M. Both of those titles received B+ CinemaScores. Tracking has Eternals opening $75M+ at 4,090 theaters. The Chloe Zhao directed movie is the fourth MCU title to play November, their previous top openings being 2017’s Thor: Ragnarok ($122.7M), Thor: The Dark World ($85.7M) and Doctor Strange ($85M). 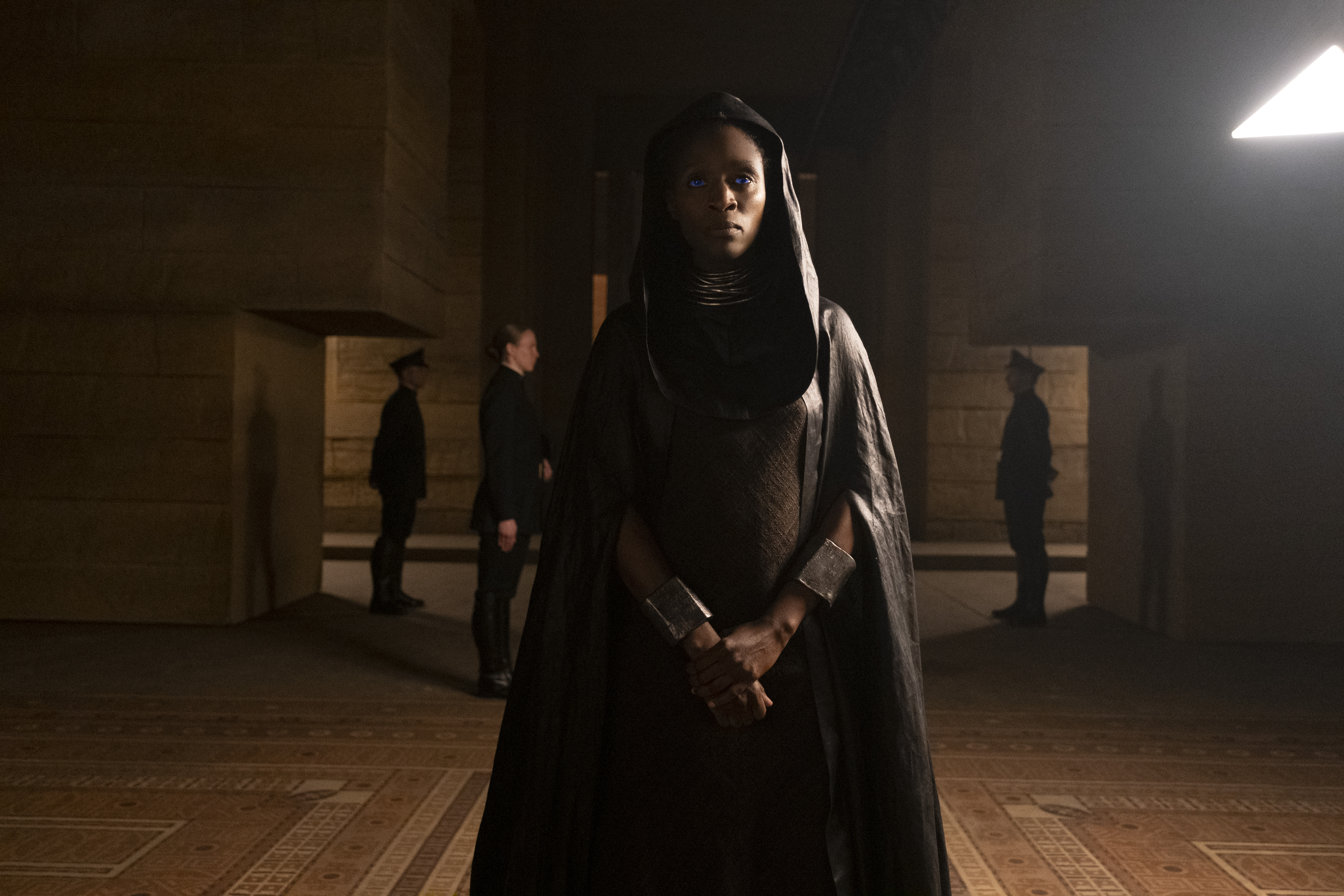 Warner Bros. and Legendary’s Dune, even though it was in homes on HBO Max, led in its second week grossing $22.5M, -58% from its first week of $53.8M. Pic’s running total through two weeks is $76.3M. The pic grosses $1.25M yesterday, -34%. Some rivals see it shy of $100M at the domestic B.O., but I’m giving the benefit of the doubt here to Warner Bros who got the previous Legendary pandemic title Godzilla vs. Kong past the century mark. Dune loses its Imax screens and PLFs to Eternals this weekend. The Denis Villeneuve-directed sci-fi reboot of the Frank Herbert novel has 17 days left on HBO Max.