Every New Hallmark Movie You Can Watch in April 2021

Get ready for some spring romance! Three new movies are coming to Hallmark Channel in April (including one starring a Downton Abbey alum). Plus, Lacey Chabert returns to Hallmark Movies & Mysteries in a brand new Crossword Mysteries, while Hallmark Movies Now subscribers will get access to an exclusive premiere .

The Hallmark movie schedule for April 2021

First up is One Perfect Wedding, which airs Saturday, April 3 at 9 p.m. ET. Cara (Taylor Cole) and Ben (Jack Turner) are both busy with their careers. But they’re not going to let work get in the way of having the perfect wedding at the Clara Lake chalet where their romance began. Their friends Megan (Rukiya Bernard) and Sean (Dewshane Williams) are on hand to help, but will they be able to pull everything off with just 10 days to prepare?

On Saturday, April 10, you can catch Allen Leech from (aka Tom from Downton Abbey) and Sweet Magnolias star JoAnna Garcia Swisher in As Luck Would Have It. Filmed on location in Ireland, this movie is about a woman named Lindsey (Swisher) who travels to the Emerald Isle for work and ends up entering a matchmaking festival in an attempt to win over a handsome local (Leech). It airs at 9 p.m. ET on Hallmark Channel. 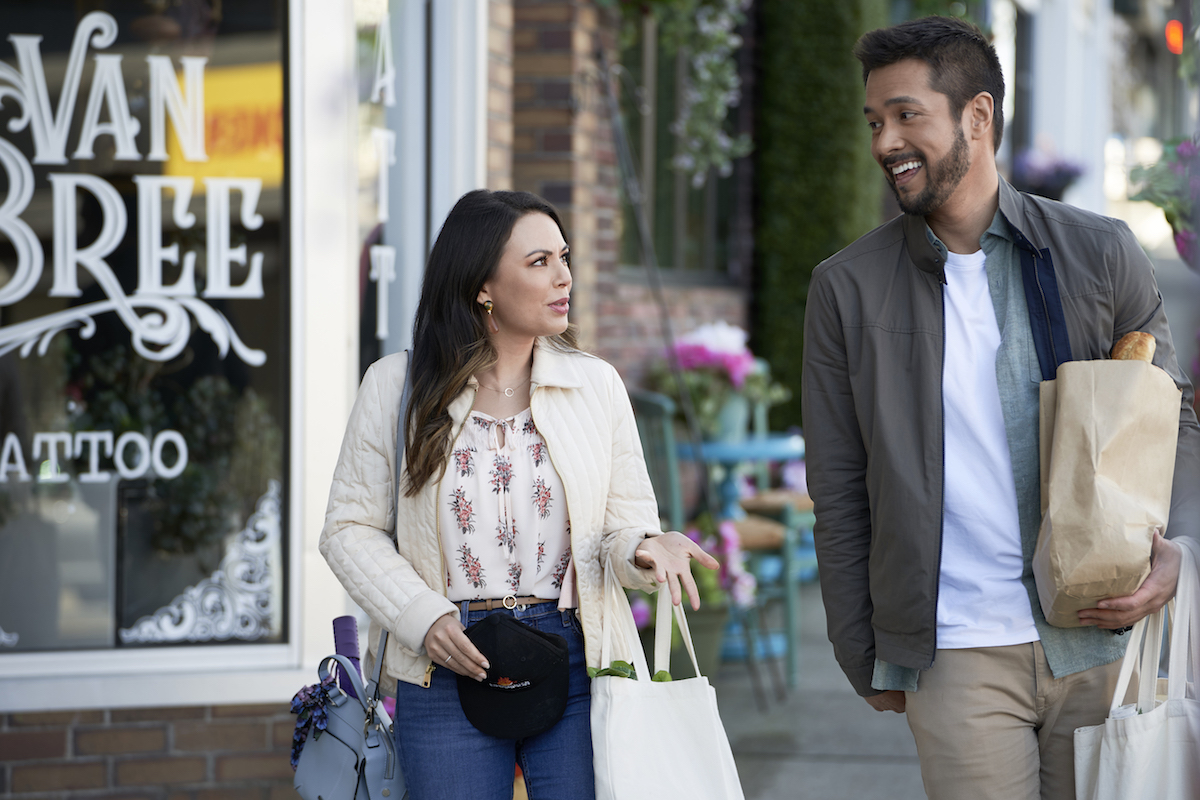 Finally, there’s Right In Front of Me. Carly (Janel Parrish) owns a high-end bridal styling business. While spending the weekend at a resort for work, she crosses paths with Matt (Anthony Konechny), her unrequited college crush. Her new friend Nick (Marco Grazzini) agrees to help Carly win over Matt, but before long, both Carly and Nick are wondering if Matt really is the right guy for her. It airs Saturday, April 17 at 9 p.m. ET.

Over on Hallmark Movies & Mysteries, Mean Girls star Chabert is back as Tess Harper in another installment of Crossword Mysteries. This time around, Tess is invited to be a special clue reader on Riddle Me This, her Aunt Candace’s (Barbara Niven) favorite game show. But things take an unexpected turn when the show’s host is killed. Tess investigates the crime and discovers that multiple crew members might have had both the motive and the opportunity to kill the host.

A new original movie is coming to Hallmark Movies Now 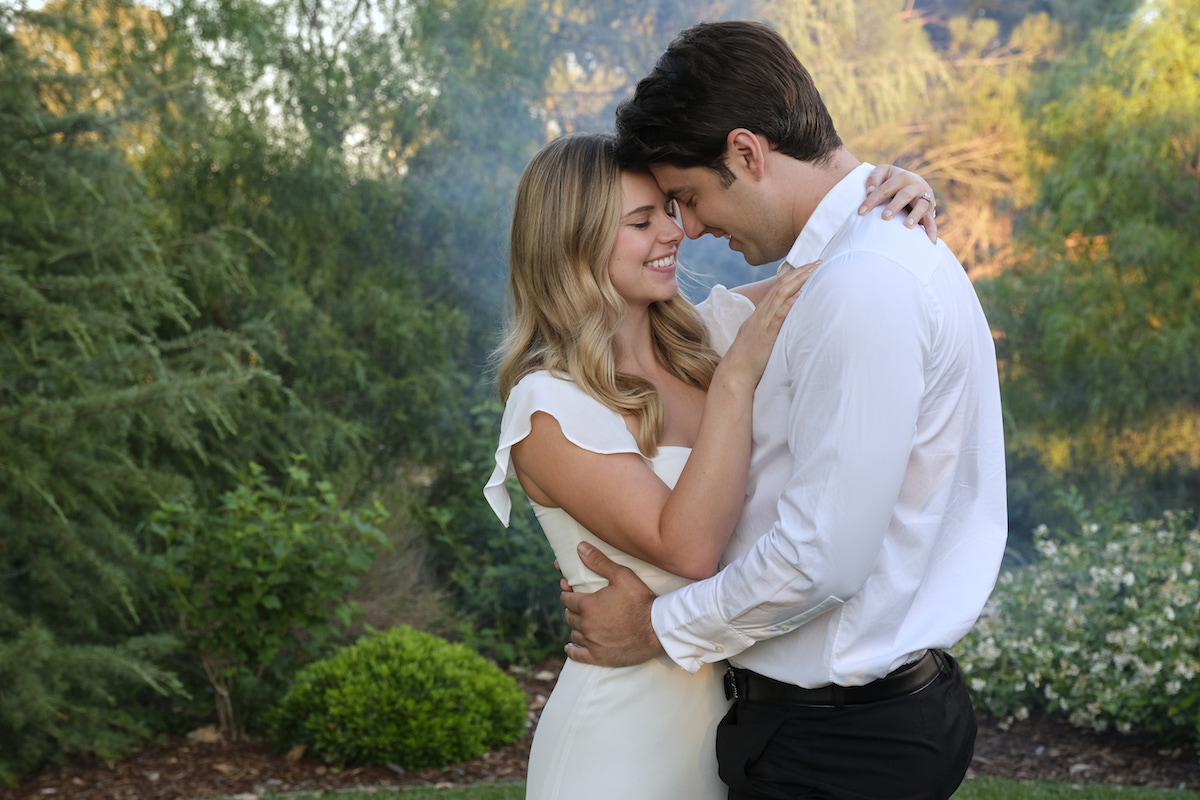 Finally, Hallmark Movies Now subscribers can also look forward to a special treat in April. An all-new original movie is coming exclusively to the streaming service.

Save the Wedding is about a woman named Meg (Kasey Landoll) who is helping her best friend Ellie (Chloe Wick) plan her wedding. She’s thrilled to be her friend’s maid of honor, but less excited when she discovers that Tyler (Travis Burns) will be the best man, given that they’ve never really gotten along. But when Ellie starts to get cold feet, Meg and Tyler team up to help her rediscover the magic of her relationship. In the process, they discover that they might make a better team than they thought.

Save the Wedding will be available to stream on Hallmark Movies Now beginning April 1.