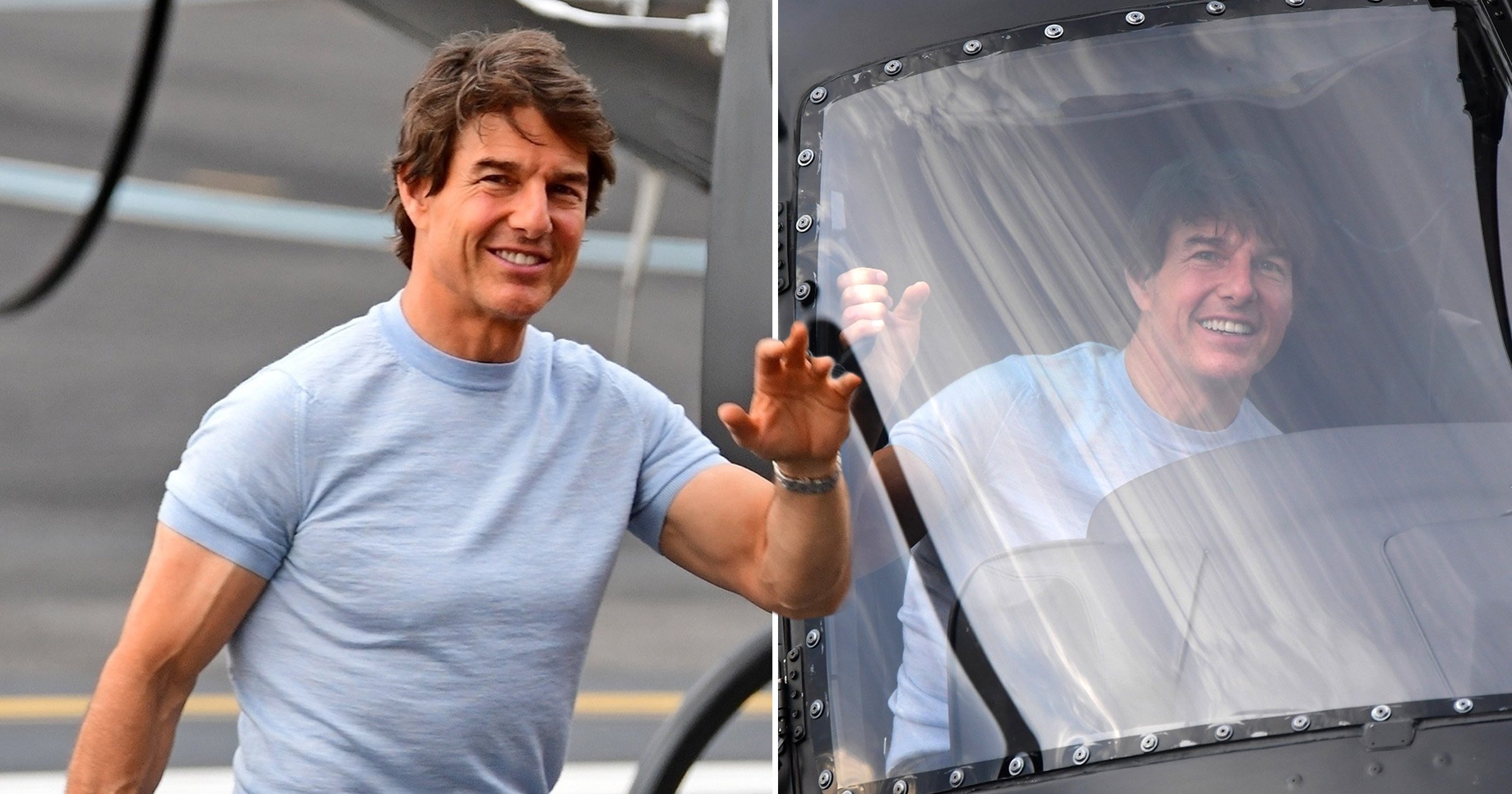 After Top Gun: Maverick proved to be a huge Box Office success, the good times appeared to have continued for Tom Cruise earlier this week.

Earlier this week, he was spotted boarding his helicopter before taking to the skies above south west London.

Cruise, 60, got his helicopter pilot’s license almost 30 years ago, and has been known to perform his own helicopter stunts in various films.

Walking across the tarmac wearing a light blue shirt and black jeans, accompanied by heavy black boots, he was happy to acknowledge his fans.

Cruise has apparently been a busy man, with his helicopter reportedly being spotted in Sussex last week, at the county’s Shoreham Airport.

The film recently passed the $1billion mark internationally, making it the most successful new film of 2022, overtaking Dr. Strange in the Multiverse of Madness.

And Teller, 35, who made his name as the star of Damien Chazelle’s 2014 music drama Whiplash, has suggested there’s more good news for Maverick fans.

‘I’ve been having some conversations with [Tom] about it’, he told Entertainment Tonight. ‘That would be great, but that’s all up to [him]’.

He continued: ‘For him to share Top Gun with me and a lot of these other young actors, it’s just been such a wild ride and it’s still going’.

The film passing the $1billion milestone is a particularly impressive milestone given the huge delays its production suffered through the Covid pandemic.

It was originally set for release in June 2020 but was pushed back all the way to May 2022. Despite the setback, it still succeeded with audiences.