Family Guy pulls out all the stops to bring Christmas to Quahog. The Fox animated series follows the lives of the Griffin family and their friends as they navigate their chaotic life in Rhode Island. Chaos doesn’t stop during the holidays, as seen in many of the show’s Christmas specials. Let’s dive into a look at the best and worst holiday episodes from the series.

When it comes to the best holiday episodes of Family Guy, “Road to the North Pole” is at the top of the list. The episode has its humorous moments but also teaches a valuable lesson. Brian Griffin (Seth MacFarlane) tags along with Stewie Griffin (MacFarlane) on his journey to the North Pole to kill Santa (Bruce McGill). To Brian’s shock, the North Pole does exist, but instead of a lively place, it’s a rundown factory.

Santa has become worn out with the demands of Christmas, and with him unable to deliver presents, Brian and Stewie fill in for him. However, their attempt at replacing Santa is a failure. After the residents of Quahog wake up with no presents, Brian, Stewie, and Santa appear on the news station asking everyone to reduce their demands to one gift a year. 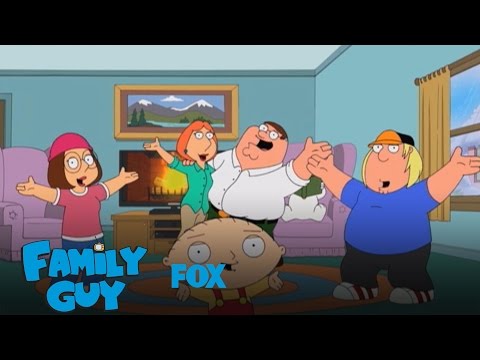 Everyone agrees, and the following year, the residents receive gifts, while Santa’s health is restored and the North Pole goes back to being a lively place.

Family Guy‘s first Christmas episode, and according to IMDB.com, aired in the third season. The Griffins holiday becomes stressful with Peter accidentally giving away the family’s gifts and Brian burning the turkey. Lois Griffin (Alex Borstein) tries to keep calm but loses it when she discovers they’re out of paper towels.

Lois goes to the town square where she plans to destroy the Christmas tree star. However, the family arrives and performs an impromptu nativity performance with Stewie playing baby Jesus. This is enough to lift Lois’ spirit, but she’s accidentally shot with a tranquilizer dart.

In 2013, Family Guy outraged fans by killing Brian. Although the family got another dog named Vinny (Tony Sirico), Stewie missed Brian. During a visit with Santa, Stewie asked for his best friend to return.

With some luck, Stewie can make his wish come true. Thanks to a return pad, Stewie’s able to travel back in time to keep Brian from dying. Alive and well, Brian spends Christmas with his pal, thankful to Stewie for saving his life.

“Don’t Be a Dickens at Christmas”

Peter spends Christmas alone after a fed-up Loise takes the kids to visit her parents. Peter’s night alone is interrupted when he’s visited by the ghost of Patrick Swayze (Don Swayze), who takes him on a journey to the past, present, and future. Realizing his mistakes, Peter arrives at the Pewterschmidt estate to reunite with his family on Christmas morning. To thank Swayze for his help, Peter joins him in dance while the family looks confused.

“How the Griffin Stole Christmas”

Peter tends to be selfish, and that shows in this Christmas episode. After being hired as a mall Santa, Peter becomes greedy when he uses his newfound status to get free rewards. However, Peter’s behavior puts him on the naughty list as the real St. Nick visits him. The two engage in a vicious war until Peter agrees to stop being Santa. 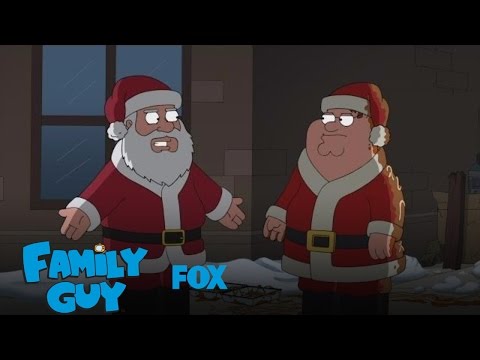 Family Guy loves to push the envelope, and they certainly did with this telling of the nativity story. In their typical humor, the episode had plenty of dirty jokes as Peter told the story of Mary and Joseph. Although the episode may have offended some viewers, it’s one of the show’s most memorable TV specials.

Lois and the holidays don’t mix, as seen in this How the Grinch Stole Christmas parody. An overworked Lois storms out, leaving her family to fend for themselves. Secretly, she spies on them and sees that they’re doing well without her. An annoyed Lois gets revenge by sneaking into the house and stealing all the presents. In true Family Guy fashion, the episode provides lots of laughs along with an important lesson. 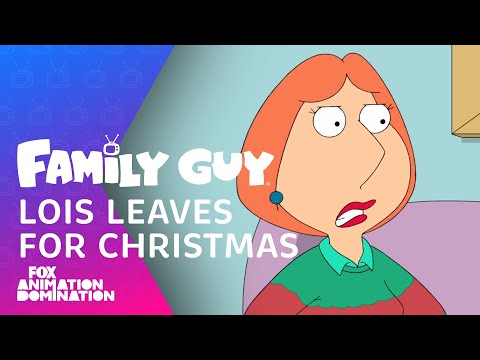 Meg Griffin (Mila Kunis) receives the ultimate gift when she takes Stewie to visit Santa. While Meg and Stewie are sitting on Santa’s bouncing knee, she experiences her first orgasm. Overwhelmed by the feeling, Meg spends the rest of the episode trying to find her Santa and recreate the magical feeling from earlier. Meanwhile, Brian tries to comfort Stewie, who is scarred from having witnessed Meg’s experience.