First Dates took a racy turn when it returned to screens with its nineteenth series on Thursday night (July 21).

The Channel 4 dating show sees singletons head out to dinner in a bid to find the love of their life, with a little help from Maître d' Fred Sirieix and his lovely waiting team.

But Essex hunk Louis left his date Fleur gobsmacked when he told her he used to work as a male escort.

READ MORE:First Dates couples who are still together – from on show proposals to starting families

It meant the date took a racy turn for the two Essex residents.

He also told the 24-year-old about one quirky request he received from a woman which involved him stripping off to The Backstreet Boys.

Louis had been working in skincare when a brave lady came up to him and asked him if he would come work for her company.

He said: "She said 'it's a little bit different to what you're doing'. I was like 'okay?' and she asked me if I wanted to do escorting."

Beautiful blonde Fleur looked visibly shocked as she raised her eyebrows and said: "Oh my god, no way. Are you being serious?" 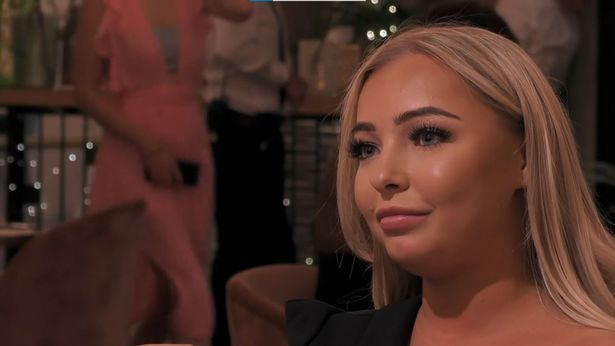 She then pressed him, saying: "Did you do it? It sounds like you did!"

But Louis told her the job didn't involve sleeping with women, but one woman asked him if he would strip off to a Backstreet Boys hit, a special song for her as it harked back to a past relationship.

Luckily, Fleur didn't care about his previous job and told him she would 'never judge someone for their past'.

She even joked about his strip-related role later on when she asked him how much he would charge for a session.

Later on, the pair decided to see eachother again.

You can also get email updates on the day’s biggest TV stories straight to your inbox by signing up for our soaps and Hot TV newsletters .