House of the Dragon: Trailer for brand new series

Game of Thrones prequel series House of the Dragon will be hitting screens on August 21, taking viewers back to Westerns 200 years before the events of the original HBO series. House of the Dragon has ben filmed in some similar locations to its predecessor but the majority of it was filmed in Belfast, Northern Ireland, which served as the show’s base. For those feeling nostalgic about Game of Thrones, here’s the lowdown on whether you can visit the show’s sets.

Can you visit the Game of Thrones sets?

Unsurprisingly, as the House of the Dragon premiere draws closer, so too does interest in Game of Thrones with a whopping 92 percent rise people searching ‘Game of Thrones locations’ on Google.

According to Lonely Planet, you said can’t visit the Titanic Studios in Belfast, where the lion’s share of filming took place on Game of Thrones and now on House of the Dragon.

Nonetheless, there are plenty of other locations you can go to, including the likes of the old city in Dubrovnik, Croatia, which is a UNESCO World Heritage site and stood in for King’s Landing in Game of Thrones.

While Seville’s Alcázar, a Moorish palace filled with exquisite details, played an exotic location in Dorne as the Martells’ Water Gardens. 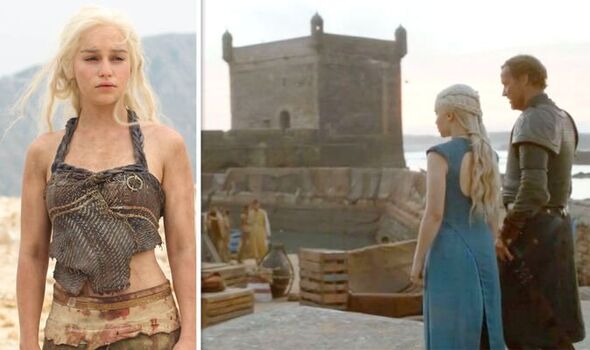 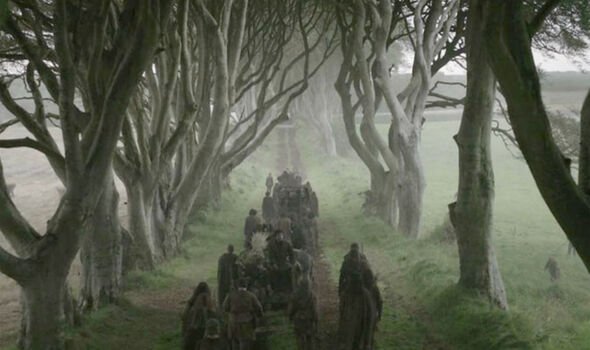 Among some of the other locations proving popular with tourists is the Ait Benhaddou, Morocco, a casbah or castle in Ouarzazate, which was used for scenes in Slaver’s Bay and also where Daenerys Targaryen (played by Emilia Clarke) battled with the Second Sons as she sought to free all slaves.

According to recent data, this location falls into the top 10 most visited Game of Thrones sites with 128,127 Instagram accounts using hashtags to tag the location.

The Krka National Park, Croatia served as various backdrops in Game of Thrones, and the Armoy, Northern Ireland (The Dark Hedges) – better known as the Kingsroad to fans – are also up there on the list.

Other filming locations proving popular, according to Instagram is Essaouira, Morocco with the coastal town’s ramparts playing Astapor, previously home to the Unsullied with over a million hashtags on Instagram referencing the location. 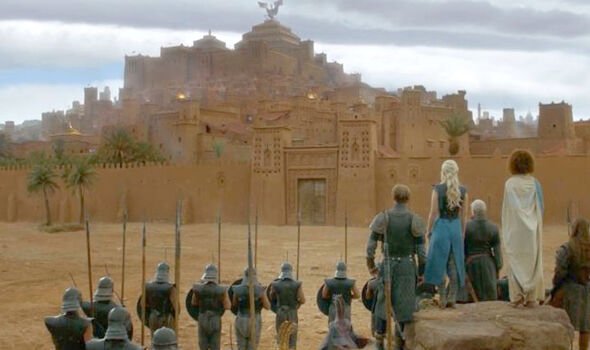 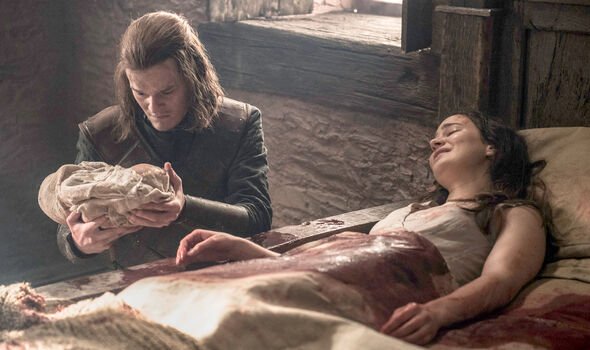 Topping the list of the most popular Game of Thrones locations though, it the Castle of Zafra in Guadalajara, Spain with over seven million hashtags with the site taking on the role of the Tower of Joy in Bran Stark’s (Isaac Hempstead-Wright) flashback.

The data has been gathered by the online entertainment story Zavvi, which used Fandom Wiki to compile a list of locations, before cross-referencing this with location name hashtags and associated hashtags on Instagram.

Finally, Zavvi filtered the list from the highest to the lowest on the social media platform to put the list together.

“Like any popular series, the fascination with the set and special effects goes far beyond the end of an episode, and visiting these locations allows fans to envision being part of this world.”

On why these locations continue to have appeal even after Game of Thrones ended in 2019, Ehlen said: “The TV show features locations across the world, from Ireland to Croatia, making them beautiful in their own right and therefore a great place to visit for both Game of Thrones fans and their families who get brought along!

“They are also more easily accessible than other filming spots, making these locations perfect for a fan photo or a quick day out.”

House of the Dragon counts filming locations in Monsant in Portugal, Cornwall, and the Svinafellsjokull glacier in Iceland, which could all become equally popular destinations for fans.

Reflecting on the impact House of the Dragon could have on tourists to these locations, Ehlen said: “We can see from the previous eight series, that unheard-of locations have been catapulted into every home thanks to the thrill (and social media speculation) of identifying these mystical spots.

“Viewers become invested in the characters and the plot, and this goes hand in hand with the increase in location popularity as fans want to see where the action took place.”

Given the divisive conclusion to Game of Thrones, for now, it seems the jury is out about whether House of the Dragon can mirror the success of its forebear.

However, House of the Dragon promises high production values and vibrant locations to match Game of Thrones.

The most visited Game of Thrones filming locations on Instagram: