When the latest instalment of Game of Thrones began many viewers were complaining their favourite characters were stuck in a filler episode after the explosive events at the Battle of Winterfell.

Daenerys Targaryen (played by Emilia Clarke), Jon Snow (Kit Harington), Tyrion Lannister (Peter Dinklage) and the rest of the survivors said goodbye to the dead and celebrated their victory against the Night King (Vladimir Furdik) on the HBO series.

But it wasn’t long before it was clear the next string of events would prove to be the catalyst for Daenerys’ descent into the realm of becoming the “mad queen” like her father Aerys Targaryen.

It began when the mother of dragons realised Jon and Arya Stark (Maisie Williams) were not only being praised as the heroes of the piece, but also when Tormund Giantsbane loudly called Jon a fierce leader.

Daenerys was then blindsided during the trip to Dragonstone, and a twisted Euron Greyjoy (Pilou Asbaek) shot down her dragon Rhaegal.

The horrifying scenes were enough to enrage the queen, but it was the final moment that put the nail in the coffin.

And viewers were left just as angry when the beloved maiden Missandei (Nathalie Emmanuel) was beheaded as a result of Cersei Lannister’s (Lena Headey) orders.

Despite Tyrion doing his best to reason with his sister, Cersei was hearing none of it, and the Mountain (Hafþór Júlíus Björnsson) murdered the character.

Daenerys promptly stormed off and away from King’s Landing, while Greyworm (jacob Anderson) was forced to look away from his girlfriend’s death. 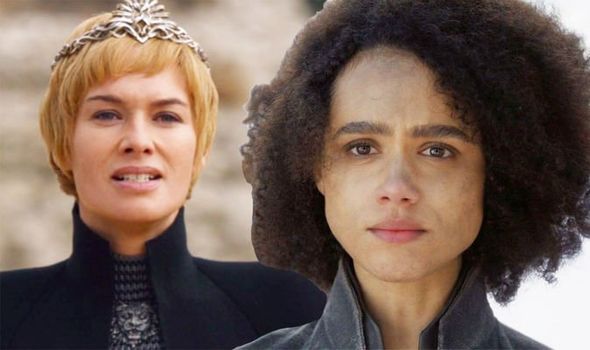 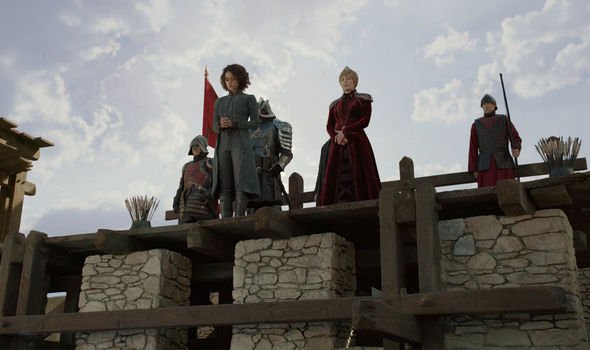 Flocking to Twitter, viewers shared their upsetting theories over the moment.

“If Grey Worm does end up on the beaches of Naath for Missandei I WILL ACTUALLY STORM THE HBO OFFICES AND DEMAND AN ALTERNATE ENDING #GameOfThrones,” one person raged.

“Damn why they kill Missandei she the finest of them all #GameofThrones,” another sobbed.

A third cried: “THEY KILLED MISSANDEI!! SHE DESERVED BETTER!!! #GameofThrones.”

While a fourth ranted: “I THINK PROBABLY NEVER IN MY LIFE, NO EPISODE OF ANY OTHER TV SHOW, MADE ME THAT MUCH ANGRY AND DEPRESSED AT THE SAME TIME. JUSTICE FOR #MISSANDEI #KILLCERSEI!!! #GameOfThrones.” 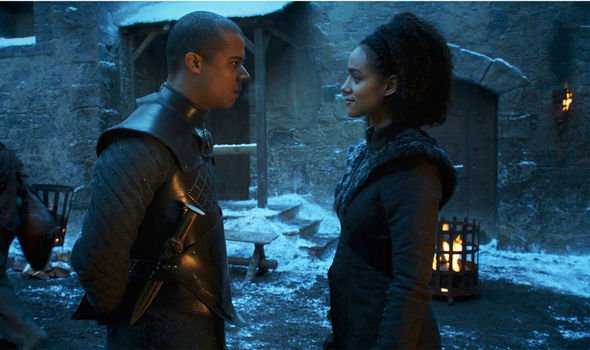 “They f*****g got Missandei, this show can die! #GameofThrones #DemThrones,” a fifth declared angrily.

SON OF A BITCH #GameofThrones Why did you have to do that to us?!?! #Dracarys #Missandei #GOT8 #GOTS8E4

Missandei’s last words were telling Dany to BURN THEM ALL. The Mad Queen is awakening #GameofThrones

Game of Thrones airs Sundays on HBO and is simulcast on Sky Atlantic 2am Monday in the UK.