Game of Thrones fans love Cersei Lannister (played by Lena Headey) for a number of reasons.

Whether viewers adore Cersei’s brutal or blunt nature, or her incredible, intricately-woven lies, she is renowned for spinning her own narrative.

Rumours about her latest lie began at the end of season seven, when she told her brother and lover, Jaime Lannister (Nikolaj Coster-Waldau), she was pregnant by him once again.

However dedicated watchers of the show were not convinced by her pregnancy, and suggested Cersei used it as a device to ensnare his loyalty.

But since then Cersei has begun a new relationship with Euron Greyjoy (Pilou Asbæk), who keeps on telling the queen: “I’m going to put a prince in you.”

And although this lie has no-doubt been woven as her trump card for the end of the series, Cersei may have backed herself into the corner with the volatile Euron.

In the latest episode of the show Tyrion Lannister (Peter Dinklage) pleaded with Cersei at the gates of King’s Landing over the fate of Missandei (Nathalie Emmanuel).

But during his speech Tyrion told the queen her “unborn child would suffer” if she didn’t agree to Daenerys Targaryen’s (Emilia Clarke) terms.

Although Euron didn’t react during Tyrion’s speech, he may realise something is off about his information.

While Cersei only recently told Euron she was pregnant with his child, there would be no way Tyrion could have known about the new “Greyjoy” baby. 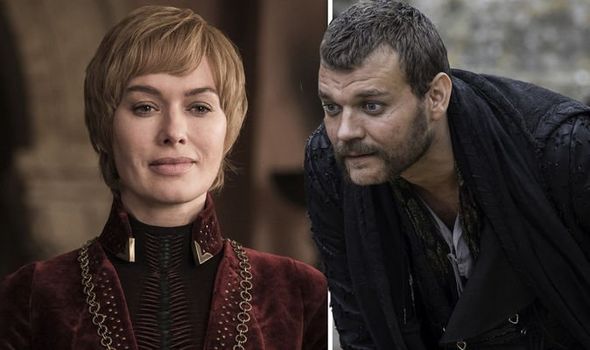 And if Euron works this out, he will not be happy about Cersei lying to him.

Considering Euron is one of the few characters in the show who is so close to Cersei at the moment, he has a prime opportunity to kill her if he sees fit.

And as he is so unpredictable and violent, Cersei is certainly skating on thin ice.

But could this ultimately see her being killed off unexpectedly in the final scenes of the show?

Recently it has been prophesied by the fans that Arya Stark (Maisie Williams) will be killed by Daenerys. 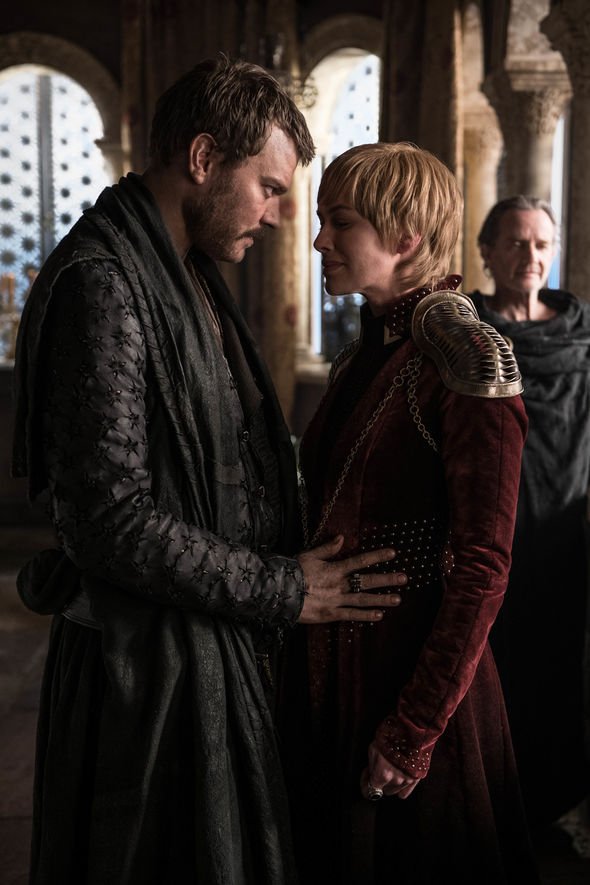 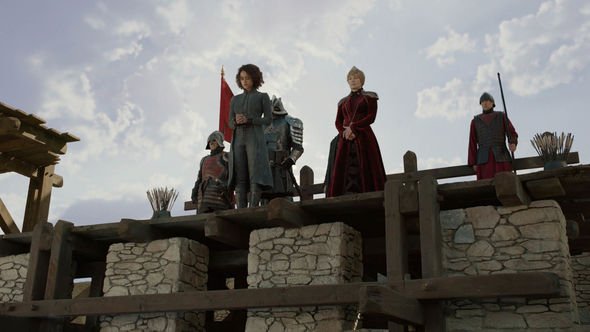 A fan on Reddit explained Arya is most likely going to King’s Landing with the aim of killing Daenerys.

But her plan is really to fail, forcing Daenerys to kill her, prompting outrage and fury from Jon.

This would then apparently prompt Jon to kill Daenerys out of rage – but would he make it out alive if he did so?

And if Daenerys does die by Jon’s hand, will he ever forgive himself?

Game of Thrones continues Sunday on HBO in the USA and the following day on Sky Atlantic and NOW TV in the UK.