Game of Thrones’ final few seasons all came down to one huge moment – the death of the Night King (played by Vladimir Furdik).

Many speculated Jon Snow (Kit Harington) would be the one to land the final blow, however viewers were delighted when his sister Arya Stark (Maisie Williams) killed the necromancer.

While it was an incredible moment for fans of the franchise, the scene itself did prompt some viewers to question where Arya came from in the Godswood after not being on screen for some time.

Thankfully, the editor of The Long Night, Tim Porter, has explained how the bosses surprised viewers with Arya’s attack.

He revealed: “It was important that this wasn’t simply a fast-paced battle episode, as ‘battle fatigue’ can set in very quickly.”

Tim explained the episode was divided up into three portions, the build up, the action-packed battle sequence, and the final act which saw the fall of the Night King.

He added he was told to focus on the other characters like Jon and Daenerys Targaryen (Emilia Clarke) to make viewers forget Arya.

“We wanted to lose her,” he explained. “To take the focus off where she was, and what she was doing, until we see her entrance into the Godswood to save the day.”

Fans will remember Arya seemingly disappeared from the action after leaving Melisandre (Carice Van Houten) and the Hound (Rory McCann) to fend off wights.

It was clear she wanted to kill the Night King but as the focus shifted, it wouldn’t be surprising if viewers forgot about Arya’s instructions.

READ MORE: Game of Thrones: Kit Harington fumes at plot twist on Night King ‘I was p***** off’ 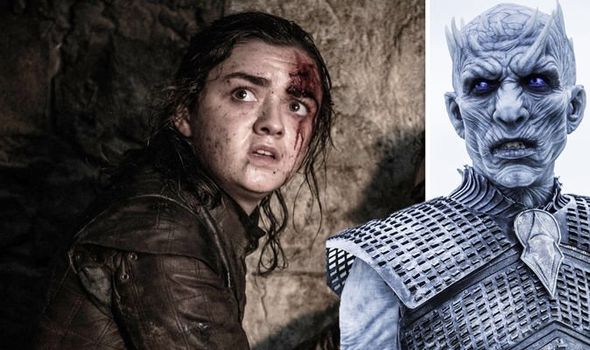 We wanted to lose her

The Long Night is up for an Emmy along with the script for the final ever episode, which is now available to view online meaning fans can scrutinise each and every word of the page.

One particular sequence appears to show just how evil Daenerys became as she tried to take power and the Iron Throne.

The script reads: “Drogon lands out of sight beyond the top of the stairs. Jon climbs the stairway. When he nears the top he sees Dany, already dismounted, walking towards him.

“For a moment, Drogon’s unfolding wings spread behind her back, an unsettling image. Her Satanic Majesty’s Request.”

While already quite clearly a villain now in the show at this point, the “Satanic Majesty” concept just solidifies how much of a heinous character Daenerys had become in those final episodes. 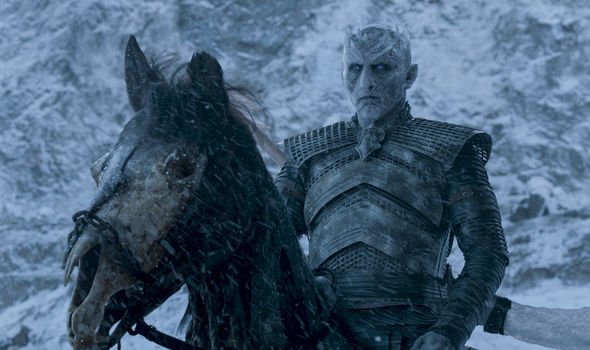 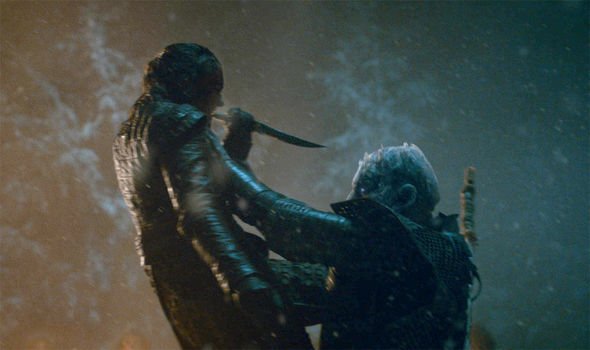 Another passage from the script also paints an evil image of the Mother of Dragons, reading: “Amidst the ashes of her conquest and the corpses of her enemies, Dany accepts the worship of her followers.

“The devastated city stretches out below her, but she shows no signs of ambivalence or doubt. She has burned the village to save it.”

With such monstrosity written into the final episode of Daenerys, it’s no wonder the characters in the show wanted her dead after the King’s Landing siege.

It was ultimately up to Jon to get rid of the Mother of Dragons and he was sent to The Wall as punishment.

Now, actor Kit has opened up on the significance of his character’s fate and why he had to return to the Night’s Watch.