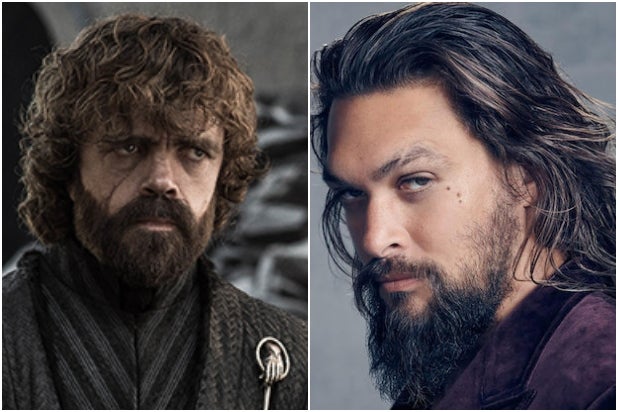 Peter Dinklage and Jason Momoa never shared the screen on “Game of Thrones,” but the two will star together in Legendary’s upcoming dark fantasy film “Good Bad & Undead,” individuals with knowledge of the deal told TheWrap.

The film will be directed by Max Barbakow in his follow-up to “Palm Springs,” a film that set a new Sundance bidding record in January when it was purchased for $22 million and 69 cents. “Good Bad & Undead” stars Dinklage as famed vampire hunter Van Helsing as he forms an unlikely partnership with a vampire played by Momoa who has vowed to never kill again. In a con job reminiscent of “Dragonheart,” the two travel from town to town staging vampire attacks and splitting the riches when Helsing is hired to “slay” the vampire. It works well…until the vampire draws a massive bounty that sends countless hunters after both men. The film is based off an idea by Mark Swift & Damian Shannon, writers of “Freddy vs. Jason.”

Dinklage, who won four Emmys for his performance as Tyrion Lannister in “Game of Thrones,” is also signed on to star in the Netflix comedy “Last Sons of America,” Momoa, who appeared in the first season of “GoT” as Khal Drogo, starred in the $1 billion-plus box office hit “Aquaman” and will return as the DC superhero in a sequel set for release in 2022. He will also appear in Denis Villeneuve’s adaptation of “Dune” and is signed on to appear in an untitled project with Will Ferrell.