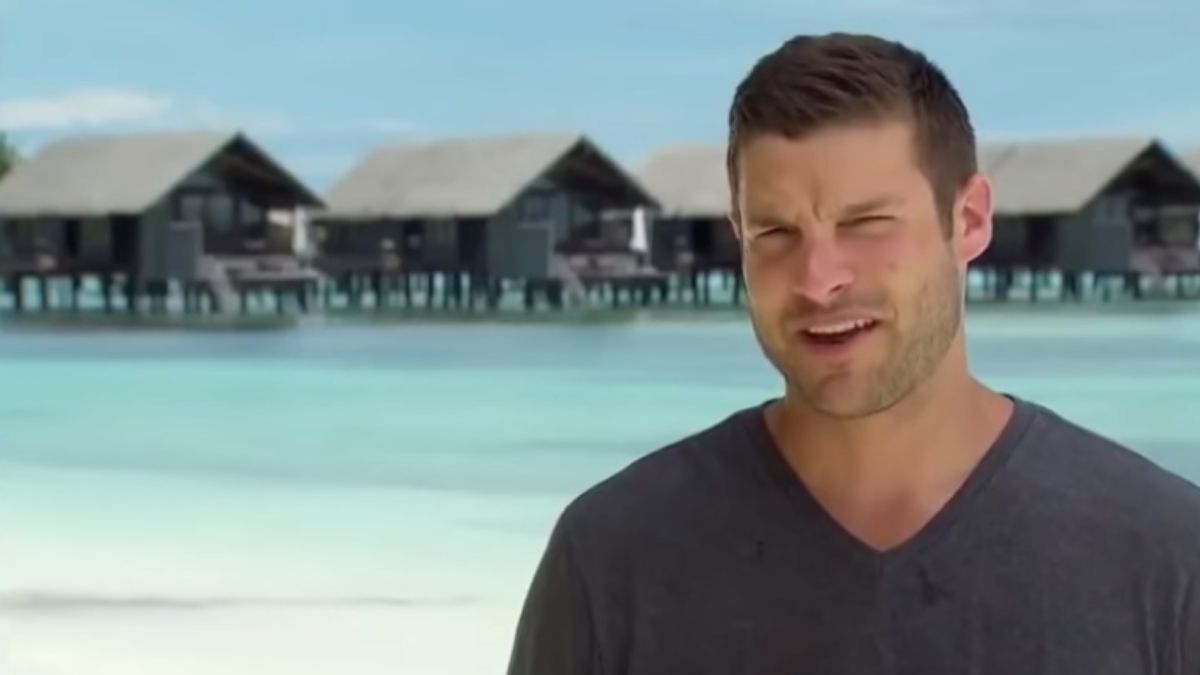 Garrett Yrigoyen hasn’t said anything about his split from Becca Kufrin.

Over the past couple of weeks, Garrett has been in the wilderness with his friends, sharing his experiences with the world on social media.

He has not shared his thoughts and feelings about losing his fiance Becca after two years together.

While Becca did confirm the news of their split today, Garrett’s Instagram post from last week have only hinted at their split.

Garrett Yrigoyen shares a long quote with a deeper meaning

On his social media, he shared a photo of himself holding a little boy. He tagged himself as being in Oceanside, California.

The quote he shared was from Rocky Balboa and he admits he altered it a bit.

“The world ain’t all sunshine and rainbows. It’s a very mean and nasty place, and I don’t care how tough you are, it will beat you to your knees and keep you there permanently if you let it. You, me, or nobody is gonna hit as hard as life. But it ain’t about how hard you hit. It’s about how hard you can get hit and keep moving forward; how much you can take and keep moving forward,” Garrett shared in the caption of the Instagram post. 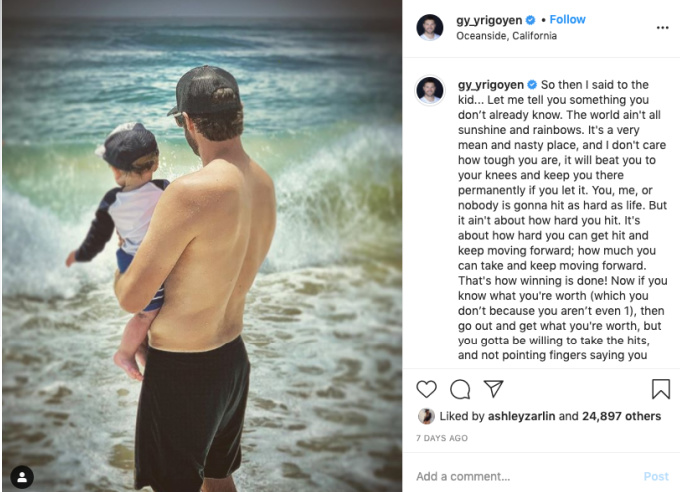 Garrett changed the quote to be directed towards his nephew, who appears to be the little boy in the photo. It sounds like Garrett is relying on his family after his split from Becca.

“Now if you know what you’re worth (which you don’t because you aren’t even 1), then go out and get what you’re worth, but you gotta be willing to take the hits, and not pointing fingers saying you ain’t where you wanna be because of him, or her, or anybody. Cowards do that and that won’t be you. You’re going to be better than that! I’m always gonna love you, no matter what. No matter what happens,” he concluded, adding that he loves his nephew.

While the quote may have been a representation of everything that is going on in the world, it could also represent what he’s going through in his private life.

It was earlier this morning that Becca confirmed that she and Garrett had split on her podcast, The Bachelor Happy Hour. The podcast, that she hosts with Rache Lindsay, was her platform for sharing the news.

She explained that this may not as come as a surprise to her fans.

And she’s right. Fans had already guessed that they had split.

While Becca continues to avoid questions about her relationship with Garrett, fans picked up on the fact that Becca may have moved into a new place.

Then, Becca shared a photo where she wasn’t wearing her engagement ring. Fans knew that something was wrong, even though Garrett didn’t share anything about Becca.

Now that she has spoken out about their relationship, he may confirm the news himself.

The Bachelor: The Greatest Seasons — Ever airs Mondays at 8/7c on ABC.